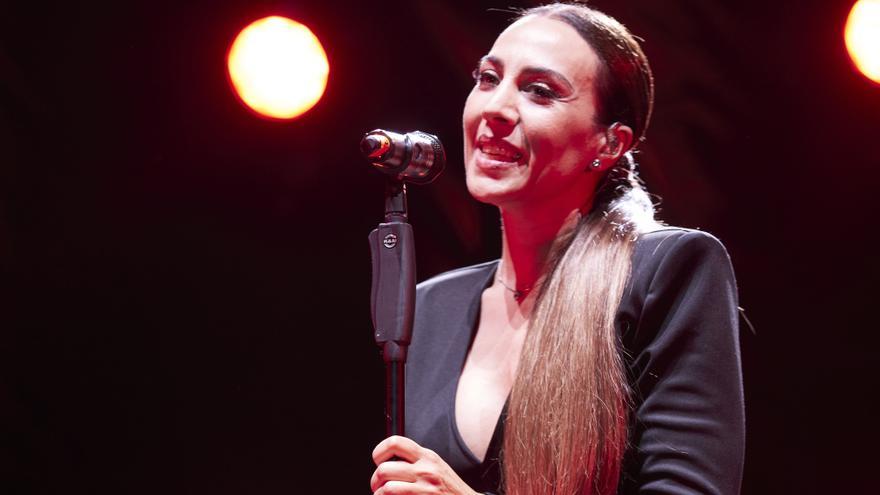 The second edition of Benidorm Fest arrives loaded with news, and most have been unveiled this Tuesday, July 19, as announced this morning by RTVE. Monica Naranjo will be the presenter of the second edition, which has been at the press conference by video call from Mexico. “For a person like me who loves this universal language that is music, it is a true honor to be the presenter of the Benidorm Fest”, she has said, and she has continued with great sincerity. “I was disenchanted with Eurovision, but this year was something magical, we fell in love again with what the most important stage and the most important place in music means… and I said, yes, I fell in love with Eurovision again.”

Everything has happened in the press conference that RTVE has offered in the Paseo Tamarindos in Benidorm, an appointment that launches the calendar of Eurovision 2023, that it is not yet known in which city it will be held, because Ukraine, the winning country in 2022, cannot take charge of an event of these characteristics. But there are still many months left for the Eurovision Song Contest 2023, and first you have to be aware of the Benidorm Fest, which will be held like this: on January 29 the clock starts ticking, on Tuesday January 31 it will be the first semifinal, on Thursday 2 The second semifinal will be held on February 4 and the final will be held on Saturday, February 4.

At the press conference they have had Chanel, who after winning the bronze microphone represented Spain in Turin; the president of RTVE, José Manuel Pérez Tornero; the president of the Generalitat, Ximo Puig; María Eizaguirre, director of Communication and Participation of RTVE; Eva Mora, head of the RTVE Eurovision Delegation; and Antonio Pérez, mayor of Benidorm. “I have a lot of faith and a lot of confidence in my teammates and sooner or later the glass microphone will come,” added Mónica Naranjo, who has been very emotional on several occasions. “As I am so grateful, a great surprise has occurred to me,” says Mónica Naranjo without revealing anything. One of the best moments has been when Chanel has gone on stage and has chatted with Mónica Naranjo, and everyone has seen the love they have for each other.

This was the Benidorm Fest 2022

In the summer of 2021 we learned the name of the presenters of the 1st edition of the Benidorm Fest, who were Alaska, Máximo Huerta and Inés Hernand. “Alaska will be on the jury, the green room will be for Inés and I will be in the mechanical part of the presentation. The three of us will be together to present the songs”, said the journalist and writer. For Alaska, hosting this event was a gift, for many reasons. “Benidorm is one of those cities that I have decided to adopt. In Fangoria we have been coming to perform here for many years. It is a unique city that Europe understands very well, and I think it is very intelligent that the starting point for our representatives is the Benidorm festival Inés Hernand was delighted with this opportunity “I am very excited, very nervous, fully respecting the work of the entire team and with all the affection, respect and humility towards the Eurofans.” Máximo Huerta, for his part, was like a fish in water being in his native Valencia.”The embassy of Europe is Benidorm. A star is already coming out of here, and that can be read very well from the outside.””As a television professional and a music lover, this It is to enjoy. There is no television event like this, it is the national event”.

Artists of different styles and generations participated in the 1st edition of the Benidorm Fest: Azúcar Moreno with “Postureo”, Blanca Paloma with “Secreto de Agua”, Chanel with “Slo mo”, Gonzalo Herminda with “Quien lo would say”, Javiera Mena with “Culpa”, Luna Ki with “I’m going to die”, Marta Sango with “Sigues en mi mente”, Rayden with “Calle de la llorería”, Rigoberta Bandini with “Ay mama”, Sara Deop with “Make you say”, Tanxugueiras with “Terra”, Unique with “Best”, Varry Brava with “Raffaella” and Xeinn with “Eco”. Chanel won the final and achieved a fabulous third place in Eurovision which was celebrated as a great victory.

See Also:  Powerful and proven prayers for marriage and love for Blessed Xenia of Petersburg on February 6