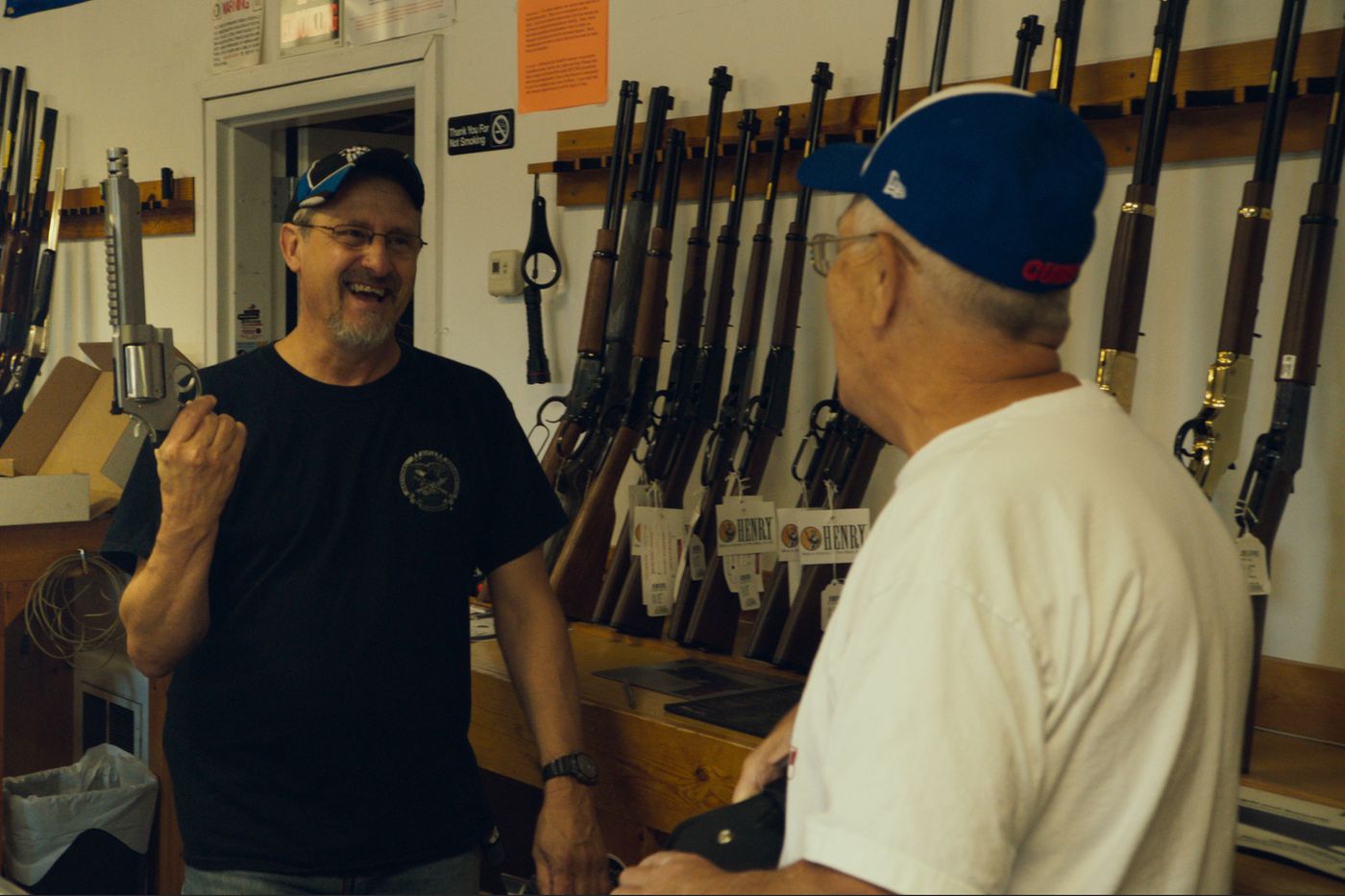 Monrovia (Indiana), population 1,400. Special signs: 97% of whites, two-thirds of his voters (76%) voted Donald Trump. Faithful to his method, long-term immersion, documentary filmmaker Frederick Wiseman has settled in this refuge, symptomatic, of the reactionary ideology of his country. Far from the great metropolises of the East Coast and California which obscure this America, yet so representative. Unlike his colleague, the rowdy Michael Moore who straddles his hobby horses, cultivating an effective provocative péquenot character, Frederick Wiseman disappears, never appears on the screen and does not distill any comment over his images that speak for themselves.

So, in Monrovia, he was content to post in the stores, to put his camera in the very busy armory, to film these heads of red necks at the hairdresser, to follow the bloody meanders of the tattooist on the flesh of malabars clenching their teeth, watching the ballet of the “bikers”, mingling with the good-natured crowd of the agricultural fair, zigzagging from one stand to another to listen to the sales pitches, and the little concert. followed by ancient country musicians.

Straight cut of an America without a big vision

At the city bar, the shabby pillars, ordinary alcoholics and blotchy, drown their little miseries (failing health, accumulating deaths) in pints of beer. In Monrovia, we converge at fast food, we eat huge pizzas. It is hardly surprising that the inhabitants, stuffed with fat and sugar, are mostly obese, dragging their deformed bodies covered by shapeless clothes.

See Also:  From California to Siberia, the fires of the summer caused a record of CO2 emissions

Clear cut of an America without great vision, without even the desire to know what can well be going beyond the cadastral markers and the aiming of the guns. Municipal and associative meetings confirm, after bitter debates, that the inhabitants refuse the prospect of building new districts, of opening up to newcomers, not even to investors ready to take up the challenge of offering jobs. Evangelical churches cater for the lack of depth of these little lives, with derisory, kitsch-flavored rites, which culminate in weddings, and endless playful sermons on hope after death.

An America of the interior too often forgotten

It is the America of cornfields as far as the eye can see, of pavilions without fences, of patriotic preaching where teachers shave teenagers with the feats of arms of the basketball team from which the only ones emerged. local glories. And all this folklore, which takes the place of culture, ends hand on heart in front of the flag.

By the time allowed by this 89-year-old documentary filmmaker, his gaze surrendering to the surprises of observation, and the length of his shots, Wiseman shows us this America from the inside, too often forgotten. Without judging her. It’s up to everyone to see what jumps out there.