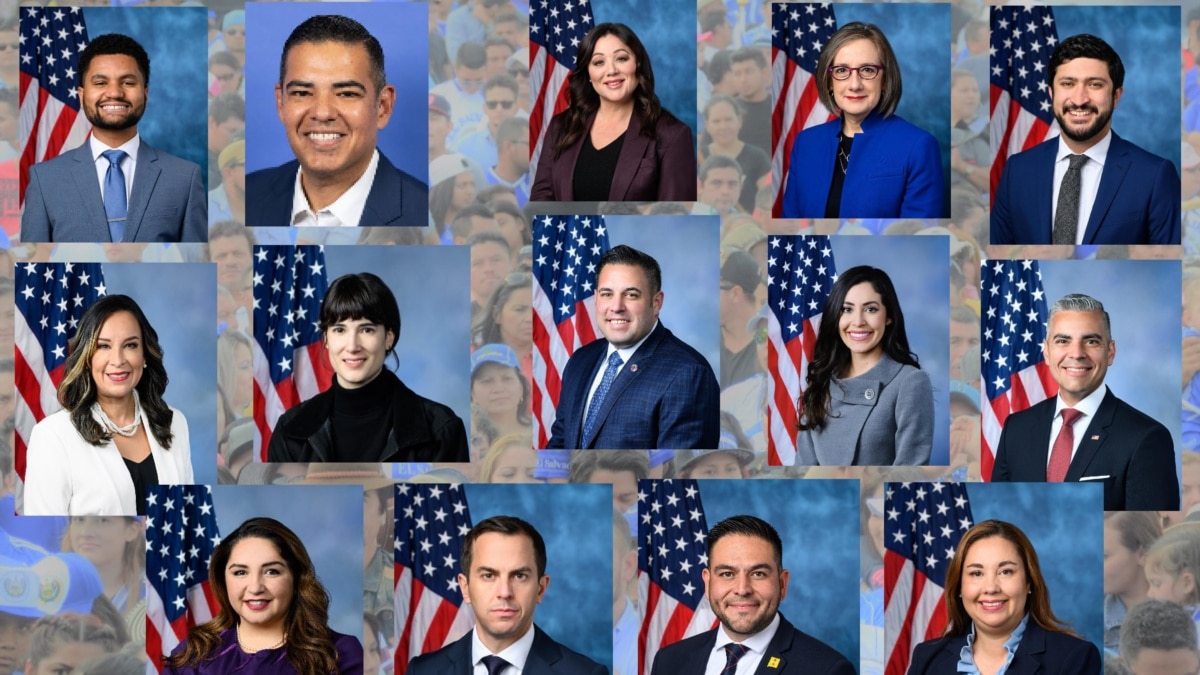 The United States Congress that stumbled to its debut on January 3 with difficulties in electing the president of the House of Representatives had as witnesses and actors in the front row the 47 congressmen of Hispanic origin, the largest number that manages to reach the headquarters of the federal legislature in Washington from immigrant families from Latin America.

In the event, the arrival of 14 new faces stands out, most of them young people who join the representatives of Hispanic descent who little by little have been occupying the seats of the “Casa” (The House), as the legislature is known in Washington. of 435 seats.

The young Democratic legislator Robert García arrives at the plenary as the first Hispanic born in Peru, openly gay, and who bets on his commitment to the immigration issue.

“I am a US citizen due to the last great federal effort in the 1980s” and says that in the legislature he is open to all “talks” bipartisan, but without ignoring that discussions of any immigration plan “must include real paths to citizenship ”, as in your case.

And on the Republican side, Juan Ciscomaní has ​​also arrived as the first Hispanic from the conservative party to represent Arizona in Congress.

“I will always be grateful to my parents for their sacrifice to ensure a better life for me and my sisters in pursuit of the American dream. May I make them and my community proud as I serve in the 118th Congress,” she has said.

“The number of Latinas serving in the United States House of Representatives increases by four (29 men and 18 women) from the previous Congress (24 men and 14 women). The 2022 election also featured the election of the first Latinas to represent Colorado, Illinois, and Oregon in Congress,” the organization said.

Democratic Congresswoman Yadira Caraveo arrives as the first Hispanic to represent the state of Colorado. “I feel honored to receive the support of our community, full of families like mine,” she said on her social networks.

And Dalia Ramírez, the first female Democratic congresswoman of Hispanic origin to represent Illinois, is the daughter of parents who crossed the border illegally, and is married to a beneficiary of the Deferred Action Program (DACA) approved for undocumented minors during the administration of President Barack Obama.

She is one of the most active new members of the House on social networks, and she promised her followers in her district to keep them informed of the ins and outs within the House.

From the balcony of the chamber, he has said that he has a view of one of the administrative buildings of the Longworth Congress “where my office is located to serve the people of Illinois. It is more than symbolic,” he posted.

NALEO also highlighted the arrival of Maxwell Alejandro Frost, a Florida Democrat, the first Latino of Generation Z, who was looking for a low-cost site before arriving in Washington because he did not have the resources to pay rent in the city until he received the first payment of the place of congressman until February.

While the candidacy of Kevin McCarthy for the presidency of the House was voted again and again in the Capitol, Frost explained to the unwary how the rent system works in the capital city.

For those who don’t understand “how renting an apartment works, let me break this down. I don’t get my first paycheck until February and I don’t have a lot of money. When you move into an apartment, you pay the deposit first, sometimes the furniture last, ”he commented while in presence he had to vote again and again for the list of the Democratic minority.

Pretty soon Frost and other financially strapped legislators will be able to resolve the impassecongressmen receive an annual salary of $174,000 spread over 12 months.

Of the total of 47 legislators of Hispanic origin, 35 are Democrats and 12 Republicans. The numbers are consistent with the majority preference that the Democratic Party continues to have at the polls among Latinos, according to the surveys of the electoral processes of the last decades.

If the 435 seats in the plenary session are compared with the 47 seats occupied by Hispanics, the percentage of participation of voices of Hispanic origin in the Chamber reaches 11%.

The 2020 Census found that Hispanics in the US represent 19% of the country’s population and were the only minority that grew in the projections. Currently, an estimated 62 million people who identify as Hispanic live in the United States.

In a first visit to the Capitol at the end of December by the elected officials and where they took advantage of the photograph of the new Hispanic Caucus, Congressman Ruben Gallego, ready to preside over the Latino group in this legislature, told the press that the vote for Latino candidates it has diversified beyond districts with a strong Hispanic presence.

Since most of them are children of immigrants and educated in the United States, they have the advantage of moving easily in different stripes to connect with voters in both languages.