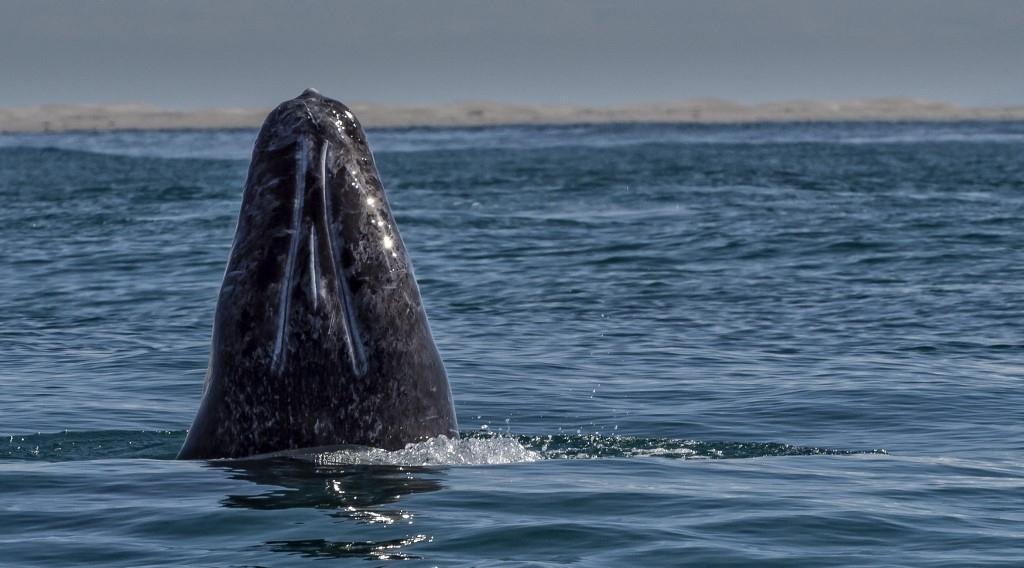 A gray whale along the coasts of the French Mediterranean? An animal has indeed been observed for the first time in recent days, we learned Sunday from the National Marine Mammal Stranding Network.

It is about a calf, about fifteen months old and measuring 8 meters which had already been observed at Morocco early March and in Italy in recent weeks, in Naples, then Rome and Genoa. In all likelihood, he got lost in the Mediterranean, a sea he is trying to get out of to regain his natural habitat located in the North Pacific.

Normally on the California and Alaska side

“A specimen had already been observed in 2010 in the Mediterranean, on two occasions, but in Israel and Spain, this is a first for our French coasts”, said Adrien Gannier, veterinarian and member of this Network, who himself observed this young whale on Friday April 30 off Bormes-les-Mimosas (Var).

The presence of this species of whale in such waters is quite unusual as its population lives mostly between Baja California in winter and Alaska in summer.

“It is possible that this whale, born in California, got lost in the Beaufort Sea during its first feeding season and that instead of coming down to the Pacific, it crossed the Atlantic before finding itself trapped in the Mediterranean. “, explains Adrien Gannier, who is also part of the Cetacean Research Group (Greek), an association based in Antibes.

Observed first in Antibes then in Mandelieu-La Napoule Thursday April 29, in the Alpes-Maritimes, it was then seen in the port of Bormes-les-Mimosas on Friday, from where the port authorities managed to send it off again out to sea.

See Also:  Enchantment of the Seas to debut in Alaska ⋆ Cruise News

“We then accompanied her on her journey to the west and left one nautical mile from Cape Bénat”, says Adrien Gannier, who hopes that the calf will continue its journey towards the Gulf of Lions then the Spanish coasts before emerging from the Mediterranean to Gibraltar and then up the Atlantic.

Boaters were able to film it.

“She seems in fairly good health but emaciated because her feeding method is not suitable for the Mediterranean”, explains this vet. This animal feeds on invertebrates present in muddy sand, which is rare in the region.