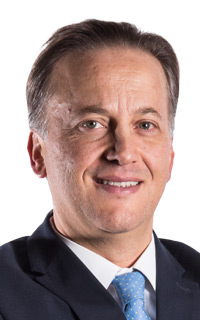 It seems that no one can match the performance of the Yankees in 2022.

They are leaders of the American League East. It’s not even July yet and the Bronx Bombers already have an 11.5-game lead over a Blue Jays who viewed them as potential favorites for that sector.

Sure, that “before the season starts” is like a label that can be used to exert additional pressure and the truth is that the Canadians are falling quite short in terms of expectations.

And it is that the Yankees opened this week with their ace of the mound, Gerrit Cole, throwing, like a true master, a great game, which was on the wire against the always fighter Tampa; with that great game, the NYY reached 50 successes: no team had even 45 of the same, none less than 24 losses (they had 17 at the time), wow, even if they had a mark of almost .500, the rest of the season with a 47-48 they would be left with 97 wins, to access the sometimes ill-fated 100 wins, they would need a nothing forced 50-45.

It happens “even in the best families” when a team starts so, so sharp, the question will always be if they will maintain that rhythm, if that great performance will not fall in the famous final stretch of September, always with the extra ingredient of the later to the All-Star game.

So much so that it was criticized at the time Brian Cashman and even Aaron Boonewho was not known if he would come out well from a complicated operation, today, the Yankees have a great team and pitching coach Matt Blake deserves credit, with that ability to have Jameson Taillon, Jordan Montgomery, the incredible Nestor Cortes, accompanying the aforementioned Cole.

In this aspect, everyone expects the idol to stay, Aaron Judgebut they must drop the bills in the iron city, it is not for less, you cannot do without a player with such aptitude, with a tremendous capacity offensively and defensively.

Even for the Major Leagues it would be something not positive if The Judge left New York.

The presence of the tremendous bat of Alejandro Kirk (.282) as the All-Star League starting catcher for the All-Star Game in Los Angeles. Full of joy that a non-pitcher Mexican arrives with such a label in such a “Mexican” city.