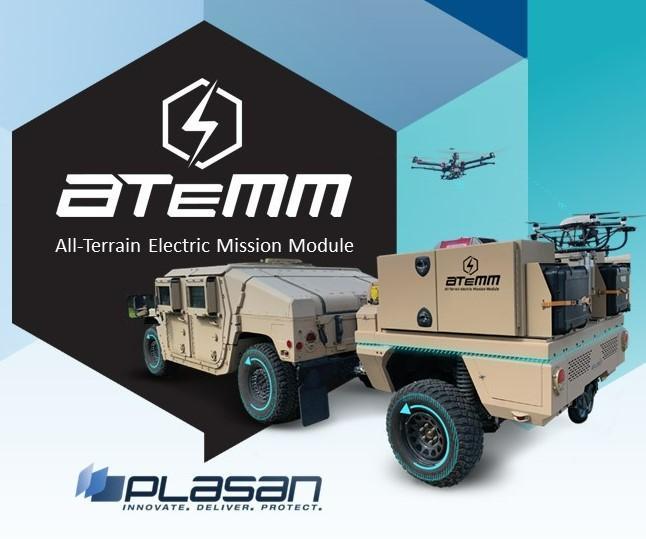 HMS Glasgow, Cardiff and Belfast have already been outfitted by Plasan who have now been selected to supply armor for HMS Birmingham, Sheffield, Newcastle, Edinburgh and London. For the second batch vessels, the company will use the same cost effective and simple installation approach used for the first three vessels.

Work under the contract will be carried out by the company in close coordination with design authority partners and delivery of BAE Systems’ eight Type 26 warships is expected to be completed in 2035.

In parallel, Plasan has also been chosen to supply armor solutions for the Australian Hanwha Huntsman AS9 155mm howitzers under a contract signed by the leaders of Australia and South Korea. Israeli company Plasan and Hanwha Defense Australia are working together on the LAND 8116 program to ensure the delivery of the highest quality survivability systems to protect the Australian Army’s Hanwha AS9 Huntsman self-propelled howitzers.

This project provides for the delivery of 30 AS9 Huntsman self-propelled howitzers to complement the army’s existing M777 towed howitzers, as well as support systems.

Finally, Nigeria’s top national intelligence service – the State Security Service has taken delivery of a number of Plasan SandCat tactical armored vehicles from Israel which is a light armored vehicle designed and co-produced by Plasan and the company American Oshkosh Defense.

Based on Plasan’s fourth-generation SandCat vehicle architecture, the vehicle is designed to support a range of missions including law enforcement, border patrol, special forces combat and armed conflict.

The new SandCats will be used by the DSS to transport personnel, as command and control centers, and to transport VIPs in conflict zones.