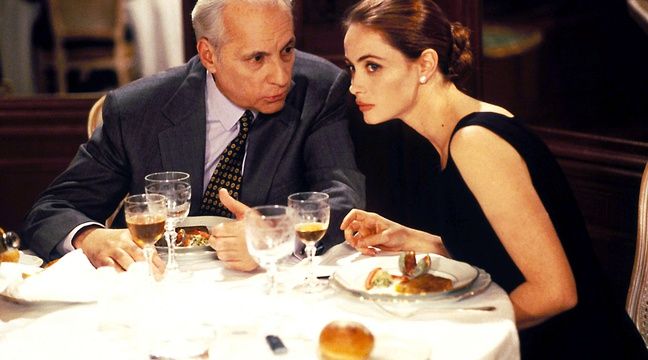 There is not only the direct in life, there is also the replay. From YouTube to Netflix to TV channel replays and radio station podcasts, 20 Minutes every Sunday concocts a list of things to see, or review, listen to or listen to again.

Finally ! Stefan Golaszewski’s British sitcom is available in France. Arte.tv has put all three seasons of the series online. We discover Cathy, a young widow in her sixties around whom gravitates a merry band of lost people. Hilarious, sweet and caring, the heroine and the series itself are remedies for the grim atmosphere of the moment. It also allows us to hold out while waiting for season 3 of the other great British series on mourning, After Life.

Visit the ruins of Saint Symeon

Located on the limestone plateau of northern Syria, Saint Symeon is an archaeological site today impossible to access. The Grands sites collection of the Ministry of Culture dedicates his new web-documentary : an interactive and scholarly dive into these walls that have welcomed, from the time of their splendor, from the tenth century, thousands of pilgrims. They came to receive the oracles, and then to honor the memory, of the stylite Saint Simeon. The hermit (or the notorious cracker, depending on whether one believes it or not) spent 39 years at the top of a column several meters high (without access to streaming).

The Claude Sautet collection on Netflix

Do you miss the atmosphere of cafes? We have the beginning of a solution for you… Netflix has uploaded five films by Claude Sautet, known, in particular, for having been able to capture and use the unique atmosphere of Parisian cafes in his films. This is where his characters reveal the best, and the worst, of themselves, between sincerity and pretense. Great intimate cinema … We particularly recommend Things of life with Michel Piccoli and Romy Schneider, and Nelly and Mr Arnaud, with Emmanuelle Béart and Michel Serrault.

A sound walk through forests around the world

The smell of humus, the spongy and crisp soils, the play of lights through the foliage, the fresh air that caresses your face … If you too like walks in the forest, know that a site has listed dozens of recorded soundtracks in forests around the world. You can then, from one click to another, jump from the forests of Sichuan to the island of Baranof, in Alaska, through the woods of Piégut-Pluviers, in the Dordogne.