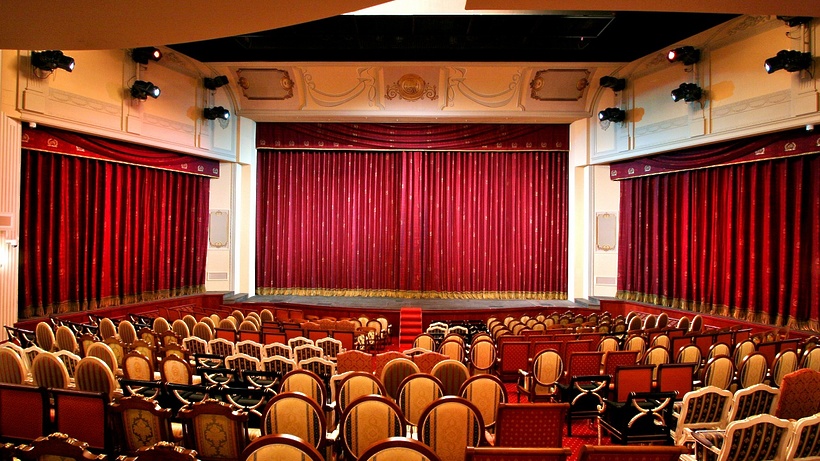 RIAMO – Dec 29 Theaters subordinate to the Moscow Department of Culture provide all the necessary security measures in the context of the spread of the coronavirus; these theaters will host performances for children and adults on New Year’s holidays, the department’s press service said.

“New Year’s holidays is a great opportunity to go to the theater with the whole family! Theaters subordinate to the Moscow Department of Culture provide spectators with all the necessary security measures in a pandemic, but spectators should also remember to wear masks and gloves. And even better – to choose performances not far from home so as not to waste time on the road, ”the message says.

Those living in the city center are invited to visit theater Et Cetera January 7 at 19:00. The play “My Marusechka” based on the story by Alexandra Vasilyeva will take place there. The Pushkin Theater will show the production of Tartuffe on 4 January at 19:00. “Sovremennik” on January 2 at 19:00 will give a musical performance “The Thaw”.

In the east of Moscow it will be possible to visit the performance “Orpheus”. Screenings will be held in Roman Viktyuk Theater December 6 and 7 at 19:00. The Moscow Drama Theater on Perovskaya will present “The Night Before Christmas” on January 6 at 19:00. From 2 to 9 January, the Moscow State Creative Workshop under the direction of Alexei Rybnikov will show the play “Juno” and “Avos”.

In the west of the capital Moscow Cultural Folklore Center led by Lyudmila Ryumina invites you to visit the play “Sadko in the Underwater Kingdom” from 2 to 6 January. The workshop of Pyotr Fomenko will delight the audience with the play “The Seagull” on January 5 at 19:00, and the Kuklachev Theater with the play “Swan Lake, or How He Was Looking for a Bride and Cats Helped Him” ​​from January 1 to 10 at 12:00, 15:00, 18:00.

In the north of the city, the performances “Diamonds and Love” and “We Are Gypsies” Theater Romain.

In the south and southeast, performances of “Geese-Swans” and “Intrigues of Koschei the Immortal” will be shown at the Moscow Theater under the direction of Gennady Chikhachev. Also the performances “A Gift for Mother-in-law” and “Bury Me Behind the Skirting Board”, “How Santa Claus almost slept through the New Year” and “Bu-ra-ti-no!” will show Tereza Durova’s theater on Serpukhovka.

Moscow Drama Theater “Benefis” in the southwest, under the direction of Anna Nerovnaya, he will present the performances “The Chemistry Teacher” and “The Witch of the Highest Class”. At the Theater and Cinema Center under the direction of Nikita Mikhalkov, the performance “Metamorphoses II: The Wives of Artists” will be shown, and at the Moscow Theater in the South-West – the play “Prima Donna (Straight Donna)”.