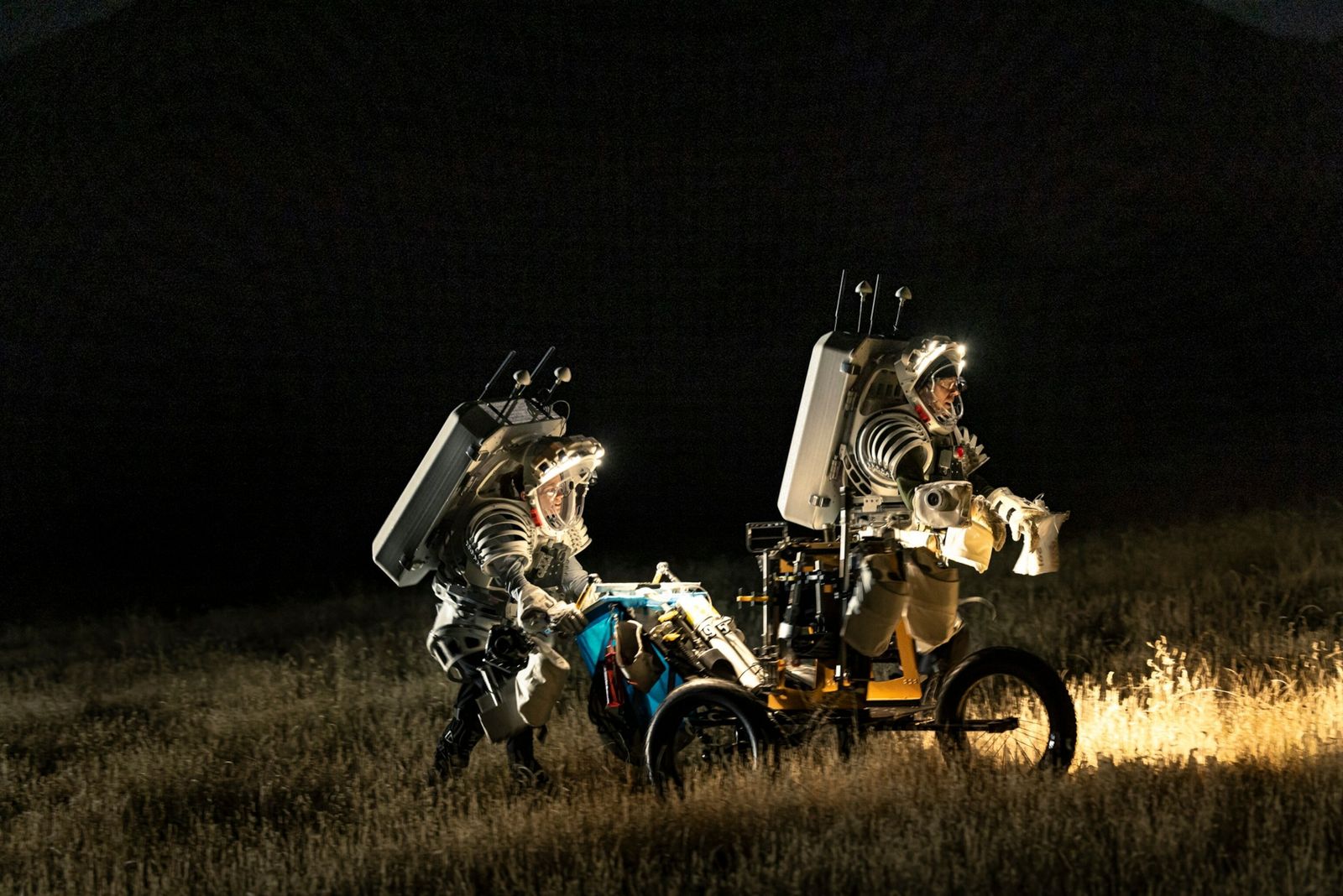 Since Apollo, science has become a central element in the missions orchestrated by the American astronaut program. On the International Space Station (ISS), for example, astronauts regularly conduct experiments and can be contacted during the mission by scientists through flight operations personnel. These conditions for scientific exchange on the ISS are the result of experience: astronauts have been living and working in the laboratory on the orbiting station located more than 400 kilometers from the surface of the Earth for more than twenty years.

By comparison, the Artemis program team will be more than 350,000 kilometers from Earth when it performs the first spacewalks on the Moon in more than half a century — a much riskier situation. During the Artemis III mission, the first crewed lunar landing mission of the program, each EVA should last between four and eight hours. Communication between scientists and mid-mission astronauts on such risky outings is “a concept we’ve never experienced,” Love says. “However, we have to get there in order to carry out as many scientific maneuvers as possible in the time available. »

The JETT3 mission allowed scientists to notice some problems that could waste precious time during real EVAs. On the first day, Noble and the science team met in a room with an auditorium-like layout, seats facing large screens that displayed mission measurements. Within minutes, scientists moved to the back of the room to gather around a printed geological map. The next day, the team found themselves in a conference room where they could move the furniture. “It was very interesting,” says Noble. “As soon as we entered the room, we said to ourselves: this is not [dans ce genre de configuration] what scientists think. »

While preparing for their return to the Moon, NASA and its international partners are developing technologies that could open a new chapter in space exploration. In 2020, for example, the Japanese Aerospace Exploration Agency (JAXA) announced its partnership with Toyota to build a pressurized lunar rover intended to accommodate astronauts. But before astronauts can cross lunar craters in Toyotas, engineers on Earth need to gather as much data as possible about what astronauts need.

In mid-October, NASA astronaut Jessica Meir and Japanese astronauts Akihiko Hoshide and Norishige Kanai took part in an analog mission called D-RATS (Research and Technology Studiesor Desert RATS). The trio of astronauts and a team of engineers spent a week, in groups of two, in a NASA test rover, evolving in the Black Point Lava Flowa lava field located near the SP Crater.

Love, who participated in a D-RATS mission in the same rover in 2010, explains that these tests allow us to know precisely the needs of astronauts, whether it is more efficient navigation cameras or rehydration systems. stronger foods. At the top of Love’s wish list is a better toilet than the current model, which consists of a series of multi-layered plastic bags. “There’s not enough Febreze in the world to get rid of the smell of waste stored at room temperature,” he explains.

D-RATS and JETT3 are the latest in a series of analog missions that began decades ago. In reality, for Cardman, JETT3 was a kind of return to scientific roots. In 2009, while a student at the University of North Carolina at Chapel Hill, she was part of the science team for a D-RATS mission. Thirteen years later, no longer in the mission control center but as an astronaut, she sees a bright future for NASA’s lunar ambitions.

“I wanted to be an astronaut to be part of a team much bigger than me, who would do things that I couldn’t do alone — and it was incredible teamwork,” she says. “We are in good hands. »