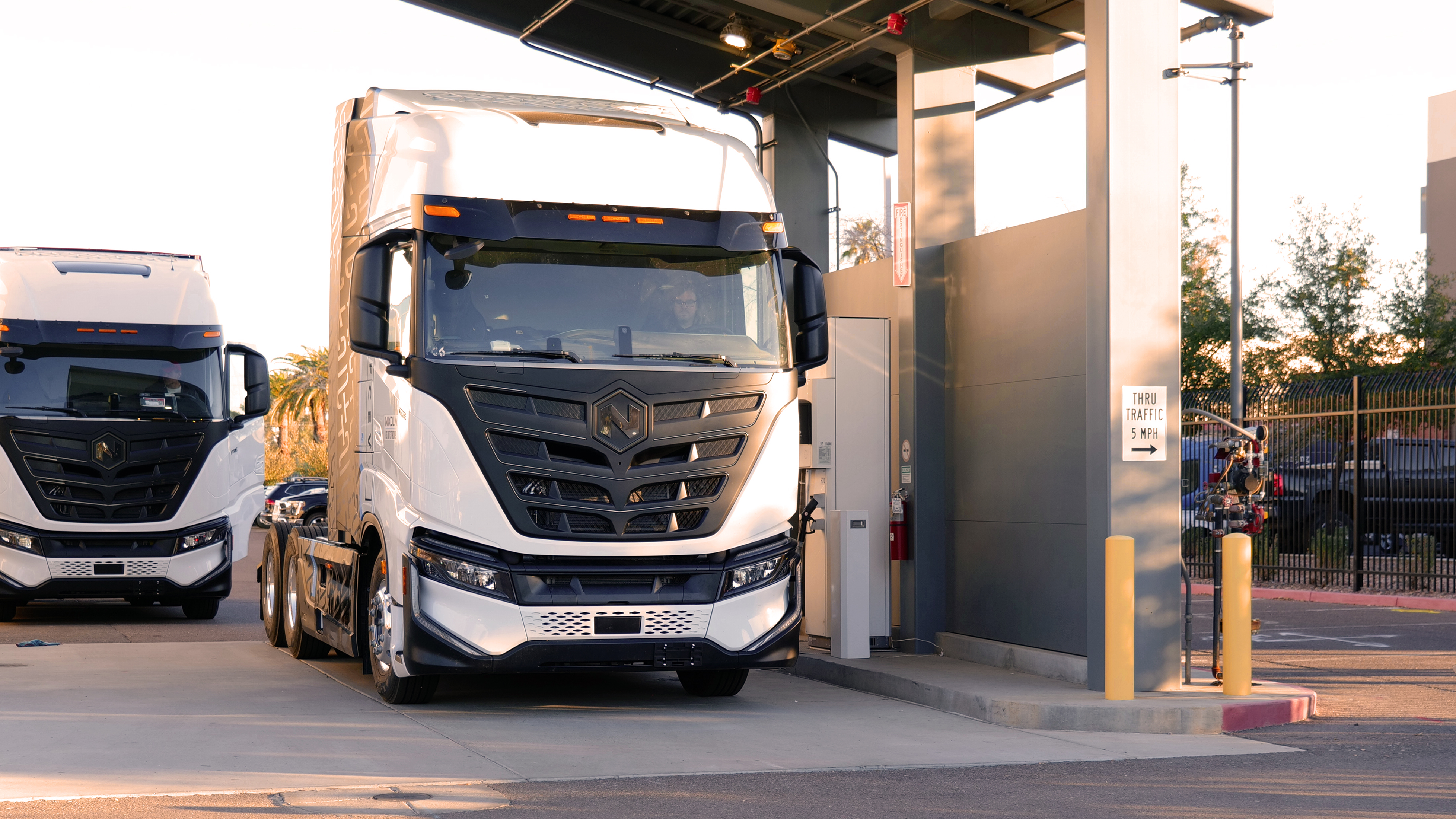 In the Asa’s CEO Jon Andre Løkke advertises a long-standing partner, customer and participation: NIKOLA . Why does this fit into a larger context? What does Hyon Asa have to do with it? Nel Asa (ISIN: NO0010081235) is under pressure to succeed. Large orders are expected. And until then, the capital market expects communication from its former darling. progress. views. Especially with the Nel participation NIKOLA Corp. (RAY: US6541101050) things looked bleak after the grievances uncovered by the Hindenburg Report. And that with a potential major customer for Nel’s petrol stations. Infrastructure and electrolyser technology.

Less glamorous, less noise, but successive completion of the construction sites, burial of high-flying plans/projects and concrete progress in the construction of the two production facilities, “putting” the electric and fuel cell models on the road, expansion of the order book and implementation of the “transportation as a service” concept . This is the “new” NIKOLA Inc.

And this is where the Nel Asa CEO speaks up today. On Twitter he celebrates: “#NikolaTreFCEV fueling up at H2Station(TM) delivered by@nelhydrogen at Nikola HQ in AZ, strong partners working together to solve major decarbonization challenges within Heavy Duty transportation Great to see these trucks on the road„. All said: The Nel deliveries are starting at NIKOLA. It goes on. New orders will come. Thus, Nel is twice successful with his strategy: Participation in a “technology user” or “customer” and then benefit from such “hydrogen hope values” with a listing at the extreme price swings. Brought strong book profits at NIKOLA and Everfuel, which then had to be “written down” again, at least in part, with an effect on the balance sheet after the respective stock market hype had died down.

Evotec share hit. Despite Böehringer cooperation, which continues the series of important deals.

BioNTech, Nordex, ThyssenKrupp or Siemens Energy. Deep red from Friday trading. Are these buying prices now or is the knife falling further?

For Nel Asa, both “investments” were doubly successful

On the one hand, NIKOLA and Everfuel are two of Nel’s best and most loyal customers. Or as it was said during the presentation of the Q3 figures regarding the utilization of the new gigafactory in Heroya: “...Production for Nikola and Everfuel will commence in Q4“ (IN Asa, Q3 Results presentation). And now Nel Asa is following the same path with HYON Asa. Since July last year with Saga Pure Asa a new partner with 29% of the shares (seller. Powercell) at the of Nel Asa (29%) and Norwegian Hydrogen (29%) held Norwegian companies Hyon Started, the expectations for HYON grew strongly. According to the words of the Saga CEO at the time, HYON is: “An entirely new value chain needs to be developed, and a key part of that is transferring hydrogen from the harbors to the vessels. Hyon is currently developing solutions for production and fueling of hydrogen ships…“

EXCLUSIVE INTERVIEW: Heidelberger Druckmaschinen shares are now back in the SDAX. What’s next? Interview with Marcus A. Wassenberg, Chief Financial Officer.

That’s what Nel says this month. And the CEO of Hyon, Jørn Kristian Lindtvedt, confidently expressed further plans: “The placement and potential listing will allow HYON to continue growth and development to capitalize on the leading position in the marine hydrogen refueling solutions market. We will Supply bunker technology for the world’s first commercial pressurized hydrogen refueling station for the maritime sector at the Hellesylt Hydrogen Hub and our Presenting solutions for the numerous maritime hydrogen projects that are due to start construction in the next few years“.

So IPO, further capital increase and thereby financing further growth. Exactly to the taste of the departing In the Asa CEO, Jon André Løkke: „HYON fills an important gap in the value chain, which is critical to making hydrogen a success in maritime applications both domestically and beyond. We therefore look forward to supporting and collaborating with HYON to advance this important market with enormous future growth potential to realize”.

Worked perfectly for Nel at Everfuel: increasing the value of the stake through a listing of Denmark’s Everfuel, financing via capital increases, mostly from third parties, and a flood of orders for Nel’s service stations and infrastructure products: Everfuel’s expansion plans – with Nel technology. And is it just a coincidence that Everfuel has also turned its attention to supplying ships with hydrogen? It would only be logical to use Hyon technology, at least in the medium to long term, wouldn’t it?

Hydrogen Stocks, 2022. Top or Flop? Part 3: Nel – thyssenkrupp nucera. Two electrolysers as a beacon of hope. Who does what? Where is more opportunity than risk? Comparison.

Cross-selling carousel with Nel Asa as the big beneficiary of his holdings? That’s how you imagine it in Norway

But the stock exchanges also have to play their part. And the listing of Hyon Asa on Euronext Growth “goes off” with a corresponding demand and price fantasy. The valuation of NOK 130 million (approx. EUR 13 million), which is now the basis for the private placement, must be significantly exceeded if Nel’s plans are to succeed. So one can be curious ob Jon André Løkke his successor Håkon Volldal did a favor through the Hyon IPO plans. If the listing and the price development promote further financing of the Hyon plans, it would then have been possible for the third time to report high investment profits from a relatively small equity investment and to fill the own order pipeline via the stock exchange. Cheaper and less capital intensive than Plug’s buy-out or 50:50 joint venture policy.

It remains exciting for the Norwegians:

For Nel Asa, large orders would now be the last confirmation that the Norwegians are much more than just a beacon of hope, but shapers in the hydrogen future.

In any case, the topic of hydrogen is still topical, even if the “hydrogens” have submerged in the current market weakness. In line with this is the current assessment by the analyst from JPMorgan, who believes that the hydrogen sector has a great future, but sees it more in the hands of fuel cell producers such as Bloom Energy or Plug Power than Nel or other electrolyser producers. He sees that run on electrolyser capacities expected by many market observers critical. And who is right in the end? Courses will, in the long run, provide the only true answer.

See Also:  They are looking for an indigenous Tzotzil who disappeared in Arizona – Noticieros Televisa