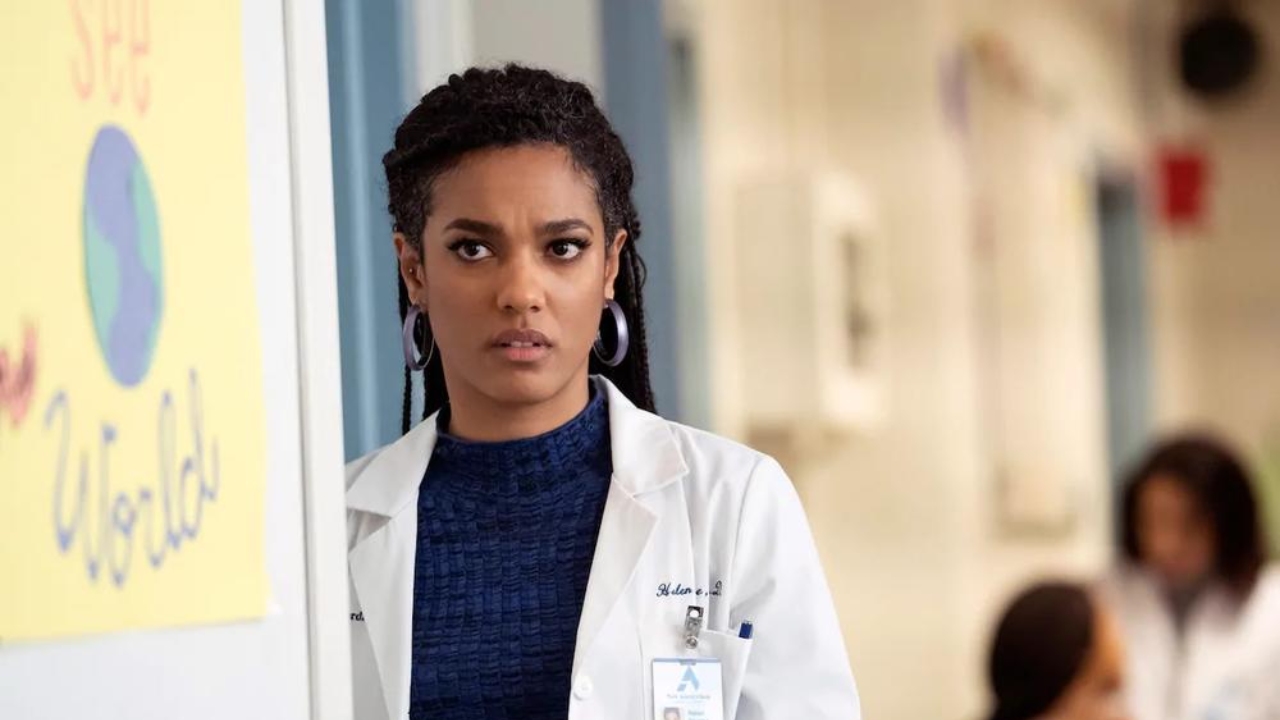 As season 5 arrives at the start of the school year on NBC, Freema Agyeman, who plays Dr. Helen Sharpe, announced on Instagram her departure from the medical series worn by Ryan Eggold.

After the tragic death during season 4 of one of his colleagues, Max Goodwin is about to say a heartbreaking farewell to another doctor from New Amsterdam. Freema Agyeman, who has played Dr. Helen Sharpe since the medical series debuted in 2018, will not return for the fifth and final season of the NBC medical series, according to information from TV Line.

It was via an Instagram post that the actress, who has just started filming Dreamland, an English series in which she plays the singer Lily Allen, announced the news to her fans.

“Dear Dam family. First of all, I would like to thank you from the bottom of my heart for your uninterrupted, unconditional and deliciously fierce support!“, she thus wrote. “I feel very fortunate to have been able to bond with so many of you over the past few years as I slipped into the shoes of Helen Sharpe and witnessed every ebb and flow of your involvement. emotional. What an adventure !”

“Thank you for taking part with me. She meant so much to me, but the time has come to hang up my white coat: I officially announce that I will not be returning for the last season of New Amsterdam.”

“While I’m very saddened by it, I’m also very excited to see how the story will end as a fan of the show. It’s been such a joy playing Dr. Helen Sharpe for 4 seasons – the wonderful scriptwriters managed to build a badass!”

See Also:  These minimalist '90s looks are what you need this summer

“I’m so grateful to have had the opportunity to tell some of his stories! Fanfic – the rest is up to you! Love you Fam!“

New Amsterdam creator and showrunner David Schulner and producer Peter Horton also released a statement following the announcement of the departure. “We wish Freema good luck with her future endeavours. The doors of New Amsterdam will always be open if she ever wishes to return!“

“We’re extremely proud of the impact Freema and Dr. Helen Sharpe have had over the past four seasons, and we’re extremely grateful to have been a part of that story. As we head into the fifth and final season, we want #Sharpwin fans to know that we have a few more surprises in store for them.“It remains to be seen how this departure will be introduced in the medical series.

Season 4 of New Amsterdam didn’t end on a high note for Max (Ryan Eggold) and his (now ex?) fiancée Helen. After a season that saw the couple navigate between their new relationship, a move to London for the young woman’s job and health issues, Max and Helen were engaged.

When she was supposed to be on the plane to go to their wedding venue in New York, a hurricane came to hit the Big Apple. Worried, Max tried by all means to contact Helen to find out if her flight had been redirected.

Once the storm passed, the doctor received a message from his fiancée: “Today has been… I have no words. I call you as soon as possible.” At the end of the episode, Max received a call from Helen telling him that she couldn’t get married… Shocked and dejected, he then had to announce to his worried friends that Helen would not be coming.

The fifth and final season of New Amsterdam premieres September 20 on NBC. In France, the end of season 3 should arrive soon on TF1. Seasons 1 and 2 are available in full on Netflix.