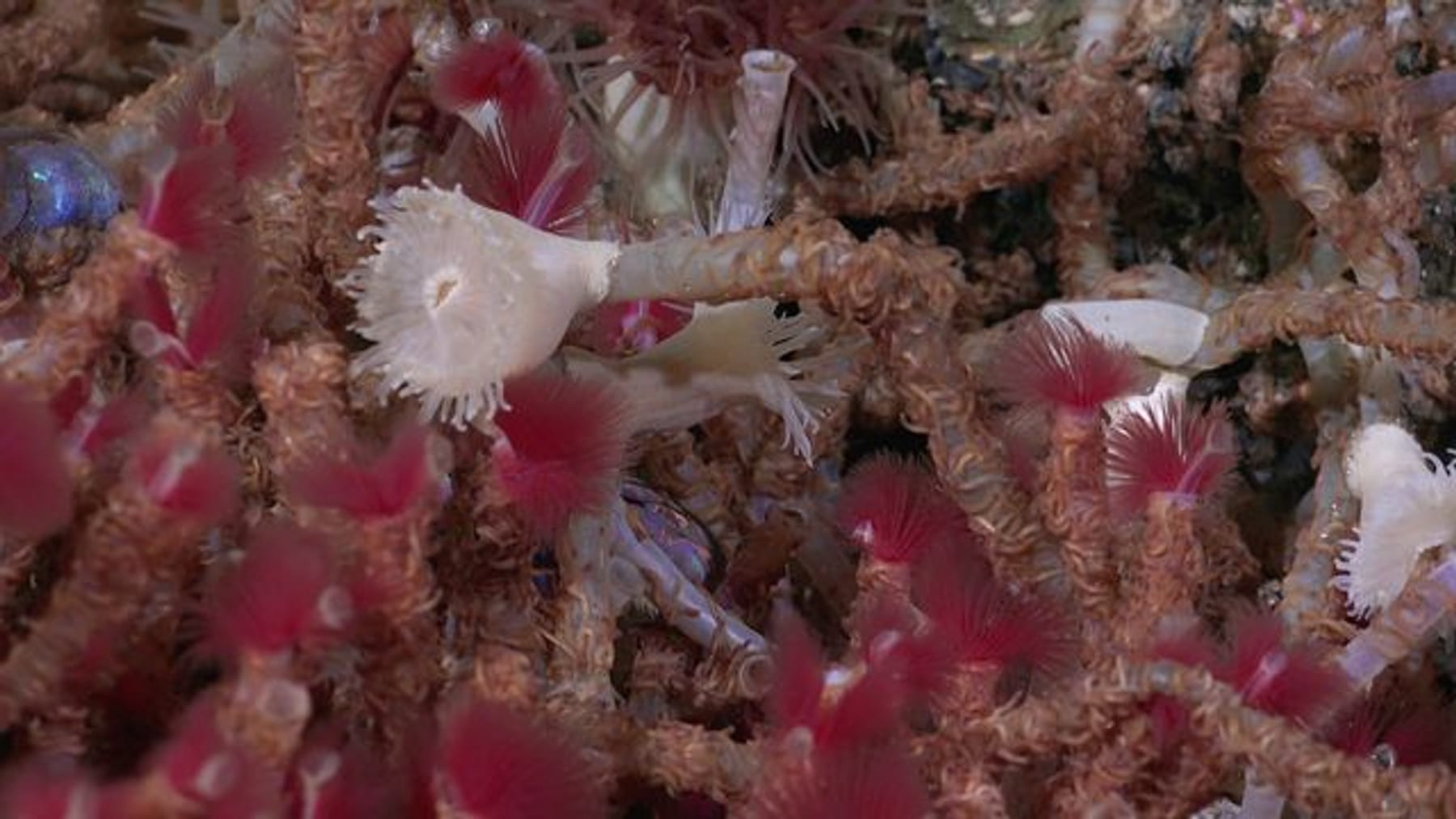 La Paz (dpa) – Researchers from Mexico and the USA have discovered new hydrothermal vents and probably previously unknown animal species in the Gulf of California.

With a diving robot, the scientists took pictures of the seabed and iridescent blue scale worms, as the Schmidt Ocean Institute announced.

The hydrothermal vents eject hot liquid up to 287 degrees. While in other regions the liquids are often dark and the sources are therefore called black smokers, they are transparent in the Gulf of California, the researchers report. They took samples to analyze the chemical composition of the liquid. They also want to find out whether the hydrothermal vents are connected to one another or are fed independently from individual cracks in the earth’s crust.

On the expedition with the research ship “Falkor”, the scientists discovered at least six possibly previously unknown species, including polychaetes, arrowworms, crabs and molluscs.

In the past three years, the scientists have explored almost 20,000 square kilometers of the Gulf of California. That corresponds to around one eighth of the entire area. “Studying the relatively rapid rate at which the Gulf of California is forming advances our knowledge of how the continental margins form – the places where most people live today,” said Ronald Spelz-Madero of the Independent University from Baja California.