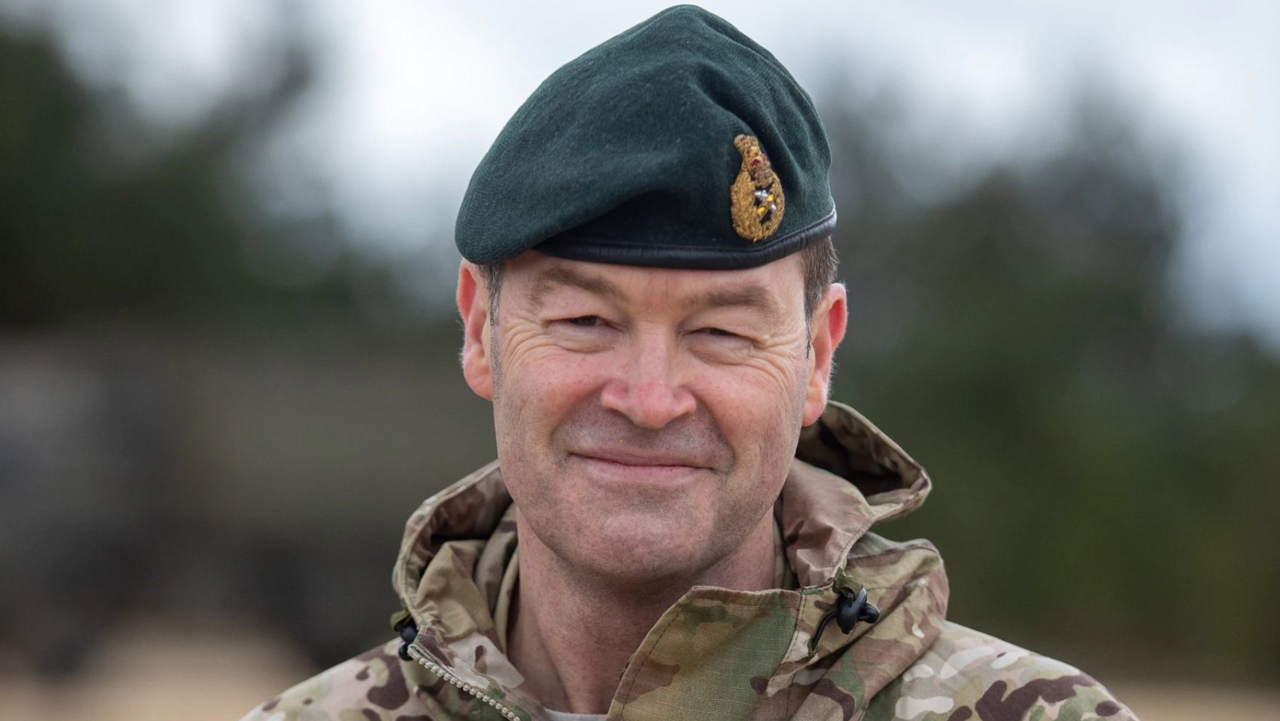 The new British Army Commander-in-Chief, General Sir Patrick Sanders, gave a chilling speech on Tuesday stressing the need for the UK and NATO to prepare for war against Russia.

Sanders warned Britain was facing a “1937-like situation”. He was referring to Field Marshal Bernard Law Montgomery, who wrote two years before the start of World War II: “There is no reason to keep doing something just because the Army has been doing it that way for 30 or 40 years. If that’s the only reason we’re doing something, then it’s high time we changed it and did something different.”

Sanders explained: “Today, for us, ‘doing something different’ means mobilizing the army to face the new threat: a clear and acute danger that became apparent on February 24, when Russia forcibly seized Ukrainian territory, of a state friendly to the United Kingdom.”

Sanders added: “In all my years in uniform I have never seen such a clear threat to the principles of sovereignty and democracy and the freedom to live without fear of violence as posed by President Putin’s brutal aggression and his expansionist ambitions.” going out.”

This cynical outburst comes from someone who has been complicit in every crime committed by British imperialism over the past three decades. Sanders has commanded operations in Northern Ireland, Kosovo, Bosnia, Iraq and Afghanistan. It was an apparent attempt to justify his call for a strengthening of the armed forces for war of aggression. He went on to say that going forward there needs to be “an increased focus on preparedness and combined arms training, and a broader institutional renewal that creates the culture necessary for victory. This process, dubbed Operation MOBILISE, will be the primary focus of the Army for years to come.”

Sanders declared in Orwellian language that the UK must “mobilize to meet today’s threats”, ie wage war to “prevent war in Europe”. That means arming Ukraine to the teeth in the NATO proxy war against Russia.

Sanders boasted: “The Department of Defense has been building a coalition of partners with phenomenal speed to provide materiel, intelligence and training for Ukraine’s fight against the Russian invaders…this year alone we have delivered 9,500 anti-tank missiles, including more than 5,000.” light shoulder supported NLAW. We have already trained 650 Ukrainian soldiers in the UK and in the coming months the British Army will train another 10,000 soldiers to win battles. It has only just begun.”

Stop the war! 100 billion euros for education and health instead of rearmament!

The UK must be ready for whatever it takes to win: “The Russian invasion reminded us of the time-honoured maxim that if you want to avert conflict, you had better be ready to fight… And I want to be clear : that means focusing on winning the war, with these allies, against this threat and in this place.”

Sanders said in advance of the NATO summit, which is taking place in Madrid this week: “And we will see that the first orders will be issued tomorrow in Madrid.”

He went on to say that with the help of RUSI, “we will increase combined arms maneuvers, especially in deep combat operations, and develop a new geography-based doctrine that will be integrated into NATO’s war plans and specific enough to target relevant investments and to inspire the imagination of our people to struggle and victory when called upon to do so.”

A victory over Russia would require a massive mobilization of personnel, as “the war in Ukraine also reminds us of the usefulness of land forces: you need an army to hold territory, retake it and defend the people who live there. You need an army for deterrence. And that army, the British Army, will play its part alongside our allies.”

“Together with our NATO allies and partners,” the UK must “match strength with strength from the start and be unmistakably ready to fight for NATO territory.”

In a conflict like this, “we’d probably be outnumbered by the time we attacked, so we’d have to fight like crazy. Confrontations in the air, at sea, or in cyberspace alone are unlikely to bring victory. Land warfare will continue to be the crucial area… Combined arms and cross-area expertise will be critical to success. And the crowd. Developments in Ukraine have also shown that it is worth attacking our opponents and training, supporting and reassuring our partners.”

Finally, Sanders, now overcome by his own bloodlust, demanded: “The British Army must be ready for warfare in its most brutal form.”

Looking at the audience, he saw “the faces of friends from previous campaigns, in which we shared suffering and laughter, defeats and victories. We shed blood together. We remember those we had to leave behind. And because of this willingness to shed blood to protect our common values ​​and each other’s territory, we will triumph.”

The United States has been at war continuously since the first Gulf War in 1990-1991. Based on a Marxist understanding of the contradictions between US and world imperialism, David North analyzes the military interventions and geopolitical crises of the last 30 years.

Sanders is referring to conflicts like Iraq and Afghanistan, which have claimed more than a million lives. But that number pales in comparison to the death toll from an all-out war with Russia that he now advocates and plans.

Key parts of Sanders’ speech were warnings to the government that mobilization for war would require increases in manpower and weapons: “As we face a new reality – a race to mobilize – we must be honest with ourselves , which is the schedule of the Future Soldiers program [das Umbauprogramm der British Army] concerns, gaps in capability and the risks – and now our own reduced stocks because we equipped the brave soldiers of the Ukrainian Armed Forces with them.”

He unequivocally hinted that conscription might need to be reintroduced: “We should not be afraid of necessary heresy. Defense is only as strong as its weakest area. And technology does not remove the importance of combat mass.”

Sanders’ claim that his plan was necessitated by Russia’s invasion of Ukraine is a blatant lie. His entire speech was just a repeat of the speech made by General Sir Nicholas Carter, who was Chief of Defense Staff until last November, at a RUSI conference in 2018.

He had suggested at the time that the British Army “must be able to be moved overland by road and rail. And our concept of military strikes aims to project land warfare capabilities over distances of up to 2,000 kilometers.”

That would mean copying Hitler’s Germany’s 1941 invasion of Russia, carried out across a 1,800-mile front. Carter explained: “For example, we are copying what the Germans did very well in 1940 when all major vehicles, such as tanks and armored vehicles, had trailers. This reduces your logistics effort.”

Defense Secretary Wallace’s presence alongside Sanders should reinforce his own calls this week for a 20 percent increase in military spending to 2.5 percent of GDP. He declared: “Now is the time to signal that the peace dividend is over and investment must continue to rise.” At the G7 summit in Germany last week, Prime Minister Boris Johnson declared Britain’s commitment to two percent of GDP for defence spending is “not an upper limit but a lower limit”.

However, those are just the things the Tories are willing to say publicly. A military conflict with Russia and China would require defense spending of truly enormous proportions and, as Sanders has made clear, a militarization of society which would in turn require class warfare against British workers and the destruction of fundamental democratic rights. That’s why striking rail workers have been denounced as “Putin’s henchmen” while the government prepares legislation allowing the use of contract workers as scabs and mandating “minimum operations,” effectively outlawing strikes in key industries and services.