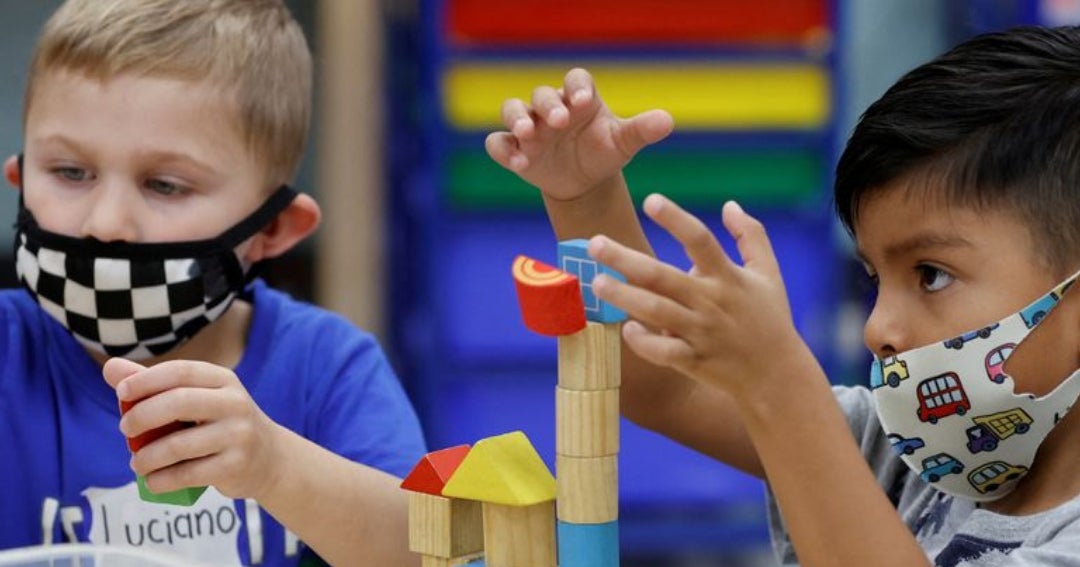 The governors of New Jersey and Delaware said Monday their states would lift mask mandates. schoolchildren in the coming weeks, with the goal of returning to “business as usual” as the surge in coronavirus infections fueled by the Omicron variant subsides in its states.

The change signals the desire of at least some Democratic state governors, including New Jersey’s Phil Murphy and Delaware’s John Carney, to pull their states out of the emergency situation and switch to policies that treat the virus as part of normal life.

By no longer requiring students, teachers and administrators to wear masks in schools, the governors are also seeking to mitigate one of the most divisive issues of the pandemic. Republican leaders in some states, including Florida and Texas, have banned mandatory mask wearing in schools, while Democrats have generally encouraged the policy to help stop new infections.

In New Jersey, where the number of new cases has declined over the past two weeks, Governor Murphy announced the state would lift the school mask mandate on March 7.

“Balancing public health with returning to some semblance of normalcy is not easy. But we can responsibly take this step due to declining COVID numbers and increased vaccinations,” Murphy wrote on Twitter.

“Any student, educator, staff member or visitor who chooses to continue to wear a mask while indoors is free to do so… We will not tolerate anyone being humiliated for exercising their choice to wear a mask.”

Delaware Gov. Carney said his state would rescind its mask mandate for indoor public spaces on Friday and lift its school mask mandate on March 31.

“We are in a much better place than several weeks ago,” Carney wrote on Twitter, but added: “The virus still poses a risk of serious illness, particularly among those who are not up to date on their vaccinations. “

President Joe Biden met with Murphy and other US governors last week at the White House, where state leaders expressed their desire to return to a sense of normalcy nearly two years after the pandemic forced many schools to switch to online learning and then to institute mask wearing. policies

“Marks a necessary shift from a government-imposed requirement to an individual decision. Helps preserve public health authority for when it’s needed again,” he wrote on Twitter.

The prospect of lifting the mask mandate led some New Jersey parents to demand transparency from decision makers such as school board members.

“If we don’t follow state guidance on mandatory mask lifting, we need to know what metrics are being used to make that determination and what metrics we need to achieve to remove the mask mandate,” Cheryl Barkin, whose children attend high school. school and high school in the South Orange-Maplewood School District of New Jersey, she wrote in an email to her representative on the school board.

As mask policies change, many US school districts have returned to in-person learning in recent weeks, according to Burbio.com, a site that collects school calendar data. An average of 180 schools were not offering in-person instruction last week across the country, up from 6,000 on January 14.