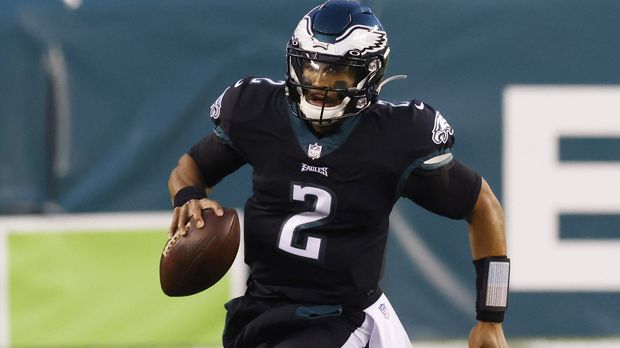 Munich – The Senior Bowl is actually a win-win event.

College talents can prove their skills during the training week and in the final game on January 30th before the draft at the end of April and show themselves again in front of numerous NFL scouts.

In 2020, for example, Justin Herbert (now Los Angeles Chargers), Jordan Love (Green Bay Packers) and Jalen Hurts (Philadelphia Eagles) were among the ranks of the two teams. A total of 180 players who participated in 2019 and 2020 were later drafted.

Two NFL teams, on the other hand, are closer than any other because they coach the two teams. Last year, the Cincinnati Bengals and Detroit Lions provided the coaches. The prerequisite: The worst teams get the opportunity first, provided that both a large part of the coaching team and the head coach from the past season are still there.

Accordingly, the first teams that meet the requirements this time are currently the Bengals and the Eagles.

But this year, apparently no one is keen on the task, as “ProFootballTalk” reports. Up to ten coaching staffs have already declined with thanks.

The reason: Corona. In college football, the season ending with the final between the Alabama Crimson Tide and the Ohio State Buckeyes (live on ProSieben MAXX and ran.de on Tuesday night from 1:40 p.m.) did not have the same intensive protection and hygiene measures as in the NFL. The older coaches in particular have concerns.

And: Quite a few coaching teams should also use this as a reason, because supposedly not all of them see the Senior Bowl as a win-win event and generally have little desire for the task.

Do you want the most important NFL news, videos and data directly on your smartphone? Then get the new ran app with push notifications for live events. Available in the app store for Apple and Android.