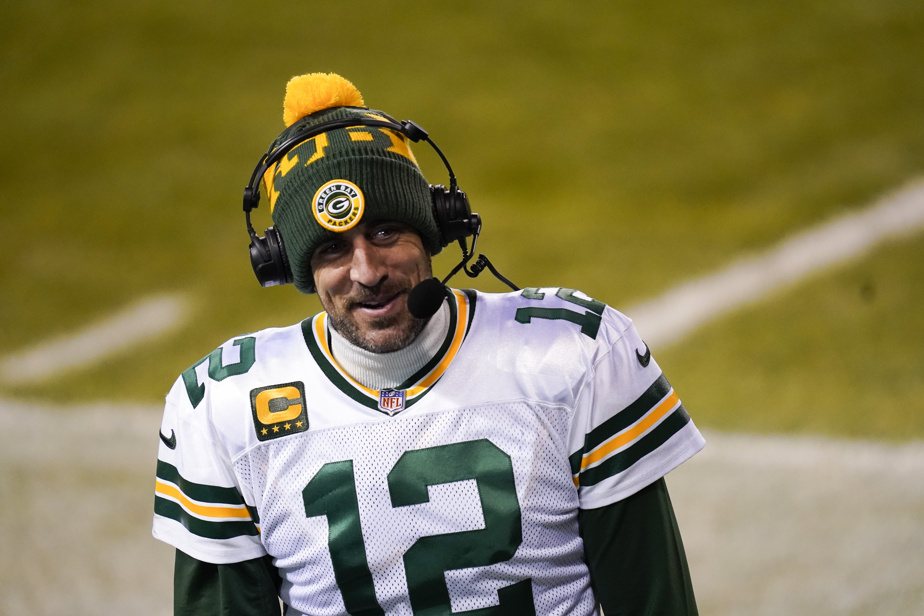 The Green Bay Packers could secure first place in the National Conference and a first-round playoff break on Sunday, and they did so by defeating the Bears in Chicago.

The Bears (8-8) had just won their last three games to return to the playoff race, but Aaron Rodgers and the Packers (13-3) were just too strong and won, 35-16. With his four touchdown performance, Rodgers likely secured the third MVP of his career. He finished the calendar with 48 touchdown passes, a personal high.

The Bears were, however, going to receive a gift from the Los Angeles Rams. The Rams’ 18-7 victory (10-6) over the Arizona Cardinals (8-8) secured the Bears the final playoff spot in the National.

Matt Nagy’s team will head to New Orleans to face the Saints (12-4), who crushed the Panthers (5-11), 33-7, in Carolina. The Saints were deprived of Alvin Kamara and their other running backs due to COVID-19 for this game.

The Saints finished second in the National, while the Seattle Seahawks (12-4) finished third. Winning the San Francisco 49ers 26-23 on Sunday, the Seahawks host the Rams next weekend.

Playing without Jared Goff, who broke a thumb last week, the Rams needed a really good game from their defense. Although aided by the injury to quarterback Kyler Murray, the Rams defense did its job, including four sacks and one interception.

Murray started the game, but quickly made his way to the locker room with a leg injury that he appeared to have made worse. The young passer returned to the game in the second half, but he was obviously not comfortable. He made 8 of 11 passes for 87 yards.

Former Winnipeg Blue Bombers Chris Streveler replaced Murray. Streveler made 11 of his 16 passes and threw a touchdown pass, against an interception.

Two months ago, the Cardinals were playing like a young team on the rise, but everything fell apart in the second half of the season. They’ve been flat for many of their games, including Sunday’s, even though they would have advanced to the playoffs with a win.

On his first start in the NFL, John Wolford wasn’t bad. He hit the target on 22 of his 38 passes for gains of 231 yards and led the Rams with 56 rushing yards. The question now will be whether Goff will be able to face the Seahawks in the first round of the playoffs.

On the American side, the Tennessee Titans (11-5) defeated the Houston Texans (4-12), 41-38, to win the South Division title. Kicker Sam Sloman gave them the victory with a 37-yard field goal with just 4 seconds left in the fourth quarter. Sloman was replacing veteran Stephen Gostkowski (COVID-19).

The big star of the Titans will however have been Derrick Henry once again. The running back gained 250 yards on 34 carries, which saw him cross the 2000 plateau. “King Henry” finished his season with 2,027 yards and could well be named the league’s offensive player of the year in 2020. .

Finishing first in their section and fourth in the American, the Titans made sure to play their first-round game at home. The bad news is that it will be against the Baltimore Ravens (11-5), who won a fifth straight victory by downgrading the Bengals (4-11-1), 38-3, in Cincinnati.

Recall that the Titans surprised the Ravens in Baltimore in the second playoff round last year. The Titans also defeated the Ravens earlier this season. Their game next week is the most promising of the first round.

The Miami Dolphins (10-6) had the chance to continue their astonishing season with a win on Sunday, but the challenge was clearly too great. The Bills dealt a massive blow to Tua Tagovailoa and the Dolphins’ hopes of making the playoffs by thrashing them, 56-26, at Orchard Park.

The Dolphins’ exclusion from the playoffs was confirmed when the Indianapolis Colts (11-5) won, 28-14, against the Jacksonville Jaguars (1-15) a few hours later. Now it will be the Colts who will have the very difficult task of stopping the Bills in the first knockout round.

Josh Allen only played the first half on Sunday, but still had 224 yards (18 for 25), in addition to throwing three touchdowns. No quarterback plays better than Allen now, and the Bills are the NFL team of the hour.

In the American’s other first-round game, the Cleveland Browns (11-5) will face the Steelers (12-4) in Pittsburgh. The Browns made the playoffs for the first time since 2002 with a 24-22 victory over the same Steelers on Sunday. Ben Roethlisberger, TJ Watt, Cameron Heyward and Maurkice Pouncey all got a day off on Sunday.

Like the Steelers, the Kansas City Chiefs (14-2) left some of their best players out in their final game of the season, including Patrick Mahomes and Tyreek Hill. Already assured of the first row of the conference and a leave in the first round, the Chiefs lost, 38-21, against the Chargers of Los Angeles (7-9).