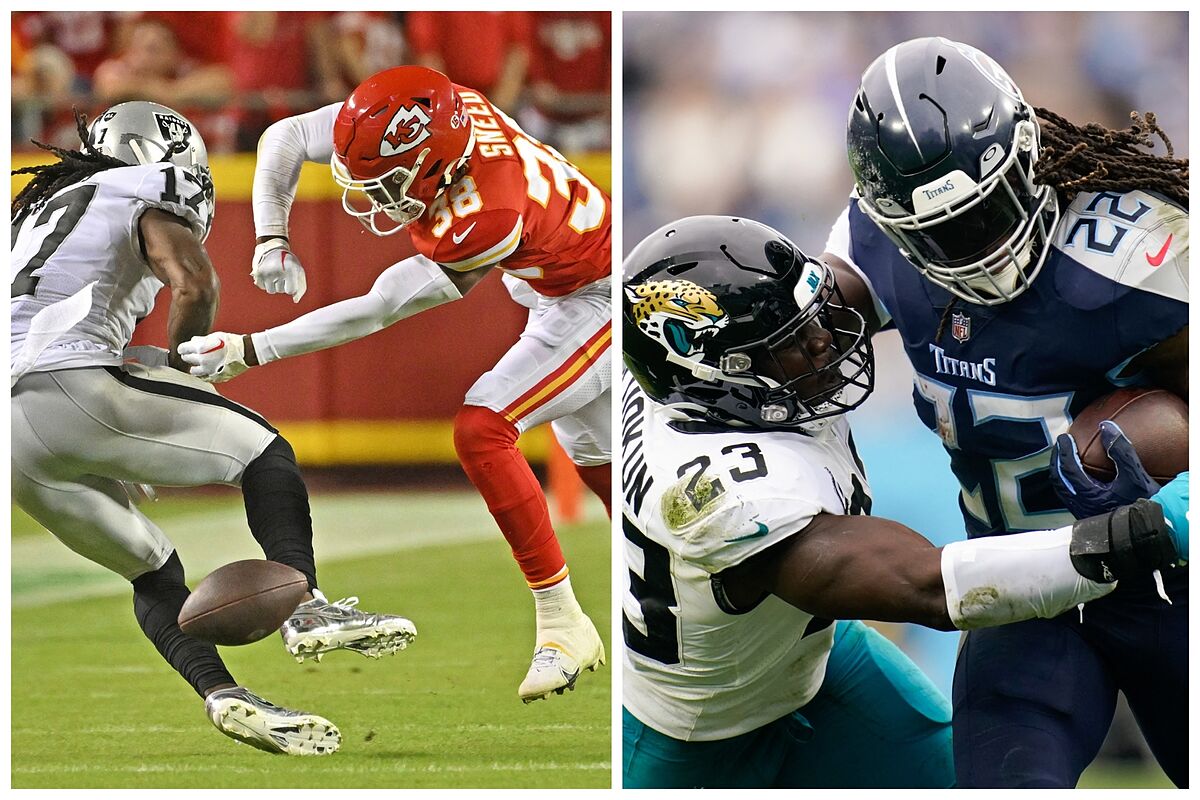 La NFL week 18 dispute two parties with Playoff implications for the American Conference in saturday. After the triumph of the Steelers and Baltimorethe league announced that the Chiefs-Raiders and the ‘final’ of the AFC South between Titans y Jaguars It will be played one day earlier than usual.

the rest of the hours of week 18 will be announced after the game of the Monday night between Bills and Bengals.

The decision to move the two games to Saturday caused a lot of controversy because there are several teams whose destiny changes before stepping on the gridiron, which it affects the entire fight for playoff spots.

The game in Las Vegas between the Raiders and Chiefs has only interest for Kansas City, which may be the No. 1 seed in the AFC but needs the Bills to lose Monday at Cincinnati or Sunday to the Patriots. If the Bengals win on Monday and KC win on Saturday, Buffalo will no longer be in the running for home. He will have to fight to be #2 in the conference. That could help the Patriots, Buffalo’s rival in Week 18, who only need to beat the Bills to enter as a wild card team.

In an ideal scenario, everything related to the AFC will be played at the same time, including the Jets-Dolphins, because even the ‘final’ of the AFC South between Tennessee and Jacksonville could have both in the Playoffs, because even if they lose to the Titans and are left without the division title, the Jaguars could qualify as a wildcard if Miami, New England and Pittsburgh lose.

In the Saturday scenario, the others involved in the fight for the wild cards will already know what they need.

Jacksonville also has a serious rest disadvantage.The Titans played Thursdayresting their main figures, and they will have three days, more rest than their rival, even if they play as visitors.

The Titans-Jaguars was expected to be the game on Sunday night, but the league opted under the threat of low ratings due to not being the most popular teams.