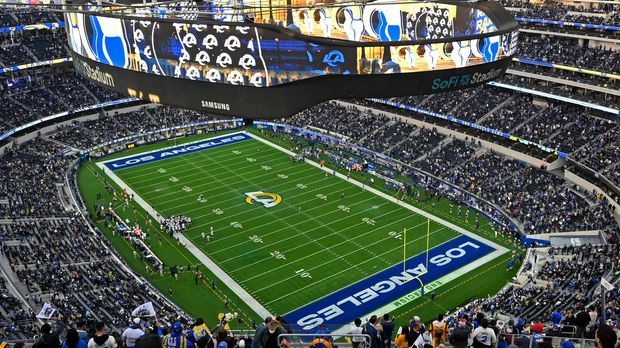 MUNICH – The Grammy Awards in the United States were recently postponed due to health and safety concerns. In this context, the question was also raised as to whether the Super Bowl could take place in Inglewood/California as planned.

Now the league has commented on the issue, saying that nothing has changed in its plan to host the NFL finals on February 13 at SoFi Stadium.

“All of our plans for Super Bowl week remain in effect for the next month starting today,” said Katie Keenan, senior director of event operations, according to the Associated Press. “We’re working with everyone here, with the LA Health Department County to ensure all of our events are conducted safely.”

No restrictions for Rams in the playoffs

For the two Los Angeles-based clubs Chargers and Rams there were and are no restrictions. This is how the Rams wild card game against the Arizona Cardinals (Tuesday, from 2:05 a.m live on ProSieben and ran.de) almost 75,000 fans expected in the stadium.

“I don’t think anyone ever doubted that we could safely host the Super Bowl here,” said Kevin Demoff, the Rams’ chief operating officer.

And further: “We have had a fantastic, safe environment all year round. We are lucky that it is an outdoor facility where air comes in. We feel that this building is very safe. The people who go to come from our games, we’ve learned to be safe and we’re doing everything we can to be safe.”

You want the most important NFL news, videos and data directly on your smartphone? Then get the new ran app with push notifications for the most important news in your favorite sport. Available in the App Store for Apple and Android.