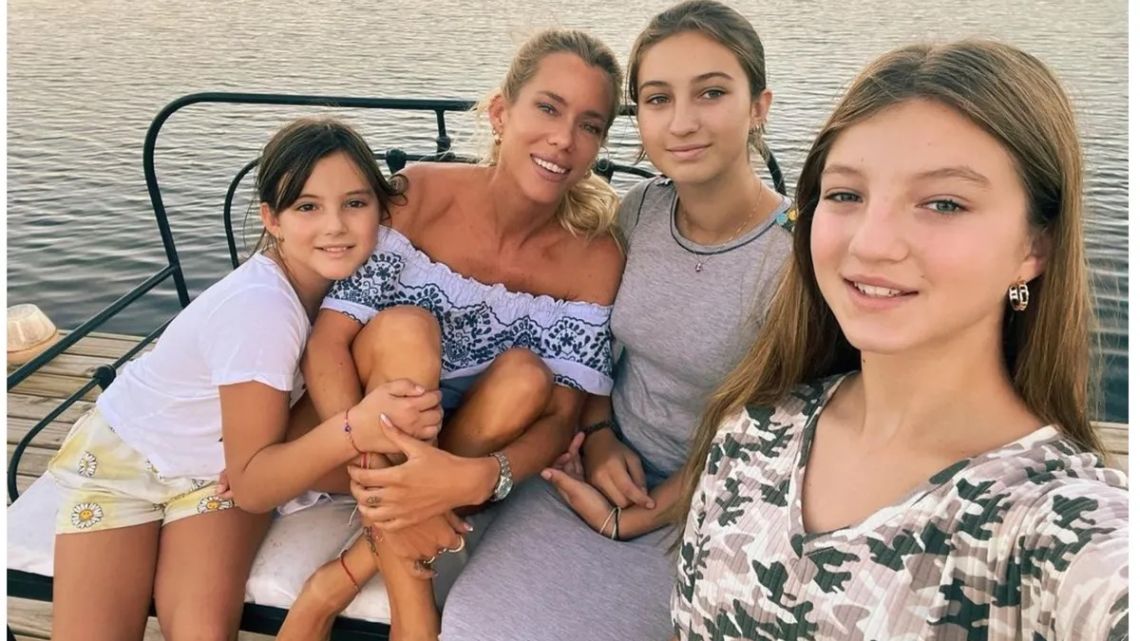 Nicole Neumann was surprised a few weeks ago when her boyfriend, Manu Urcera, proposed to her. The model was very happy in networks and said that, although her daughters were not physically there with her, they had been present by video call at the time of the proposal.

Days later, and after many weeks without seeing each other, the daughters of Fabian Cubero and Nicole- Allegra y Sienna – They undertook a trip to Punta Del Este to see their mother and think about the wedding with herwhile enjoying the beach and the summer.

However, the holidays will not be with the whole family since the eldest of her daughters, Indiana, did not go to visit her. In the photos that Neumann shared on her Instagram, her absence is noted because she Indiana decided to stay in Mar Del Plata with her father and her partner, Mica Viciconte, and her little brother Luca..

While the official reason why Indiana doesn’t want to spend the holidays with the mother is unknown, It is not the first time that he decides to stay with Fabián and his new family. At Christmas, the largest of the Cuberos she chose not to go to spend the holidays with her mother and her boyfriend in Río Negro and, instead, spend them with his father and Viciconte at his house in Escobar. On other occasions, Indiana also did not go to Neumann’s vacations with her sisters to Europe, and she stayed with Fabián in Buenos Aires. In turn, in other moments shared by Nicole, the absence of her eldest daughter is also notable, such as in a career of her boyfriend Manu Urcera, where only Sienna and Allegra were supporting him.

The good vibes between Mica Viciconte and the daughters of her partner, Fabián Cubero, are evident. The girls enjoy moments together, vacations, and even get along perfectly with the Viciconte family.

During her vacation in Mar Del Plata, where the former Combate is from, Allegra Cubero had a birthday. It turns out that her birthday coincided with that of Mica’s mother and they did not hesitate to throw a joint party. Fabian’s family and Mica’s family came together to celebrate both women and enjoy a family day. “How nice to see you happy Allegra Cubero. Complies in duplicate with Marcela Perriere 01/06/23. Family and friends”, wrote the ex-soccer player on his Instagram, accompanied by a photo album from that day.