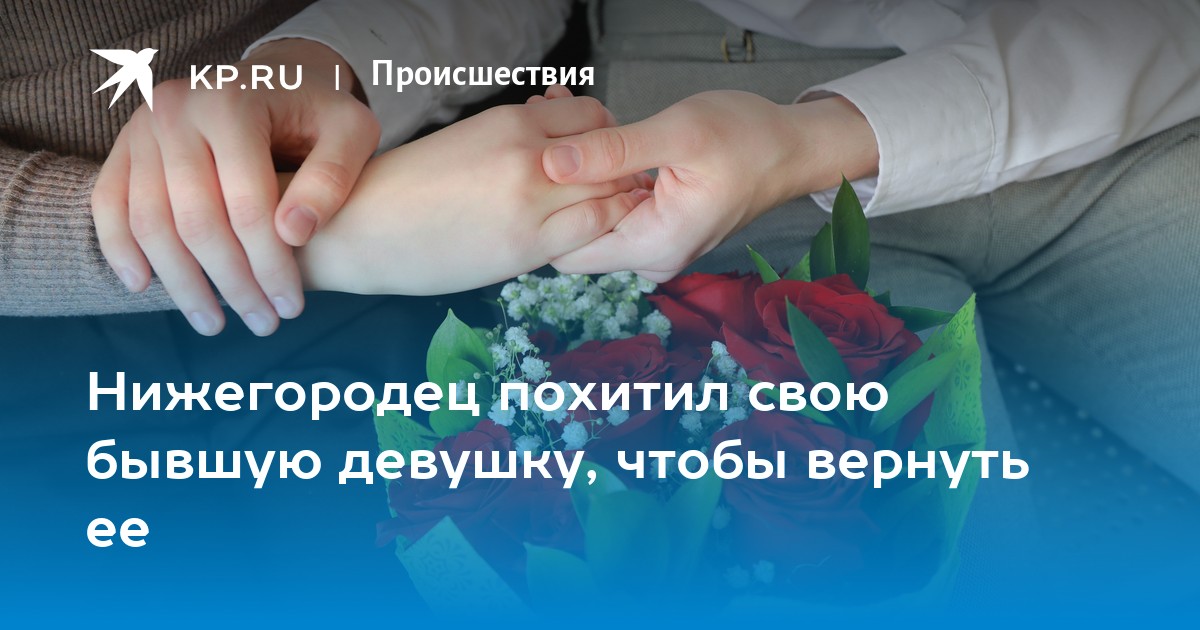 A Nizhegorodian kidnapped his ex-girlfriend to get her back.

“I’ll take you to the tundra on reindeer in the early morning…” – this is how a 23-year-old resident of Nizhny Novgorod, who kidnapped his ex-girlfriend and took him to another region, reasoned. True, instead of tundra there was the city of Vladimir, and instead of a bright future – a prison term.

The story, more reminiscent of the plot of the “Caucasian Captive”, took place in Nizhny Novgorod in 2018. Konstantin (the names of the characters have been changed – approx.) And Daria met for about a year, but in the summer the girl announced that everything was over between them. This news stunned the guy a lot, but he decided not to give up just like that, because you need to fight for your happiness. First, Kostya tried to return the obstinate lover by persuasion, then he gave flowers and gifts. So the summer passed, and the fall passed. However, Dasha did not have “butterflies in her stomach” and does not. When the guy ran out of arguments, he decided to act radically. Either he reviewed the films, or feelings completely overshadowed his mind, but Konstantin decided to steal her.

He took two 20-year-old friends to help. On the morning of December 11, three young men, taking a couple of pneumatic pistols, were waiting in a car for Dasha near her house on the Executive Committee Street in the Sormovsky district. She never got to work that day.

“Noticing the girl, the young people followed her and blocked her way with a car. Young people, threatening with a pneumatic gas pistol and using violence, put her in the back seat of a car, ”said the Sormovskiy district court.

Dasha was very frightened and did not resist. The kidnappers took away her passport and phone, but before that she still managed to inform her mother about the incident. It was my mother who called the police and raised the alarm.

While the woman was ringing all the bells, trying to save her daughter, the kidnappers safely reached Vladimir and imprisoned the prisoner in the apartment.

“On the night of December 12, the girl was released by law enforcement officers. She did not receive any bodily harm, ”the court said.

So unrequited love brought Kostik to court, and at the same time two of his friends. A criminal case was brought against the criminal trio under the article “Abduction of a person by a group of persons with the use of violence or weapons.” The investigation lasted more than two years, and on January 27, 2021, the court delivered a verdict.

“The eldest of the defendants was sentenced to 5 years 8 months in prison with serving in a general regime colony, his accomplices were sentenced to 4.5 years on probation,” said the Investigative Directorate of the Investigative Committee of Russia in the Nizhny Novgorod region. The initiator of the abduction was taken into custody immediately in the courtroom.