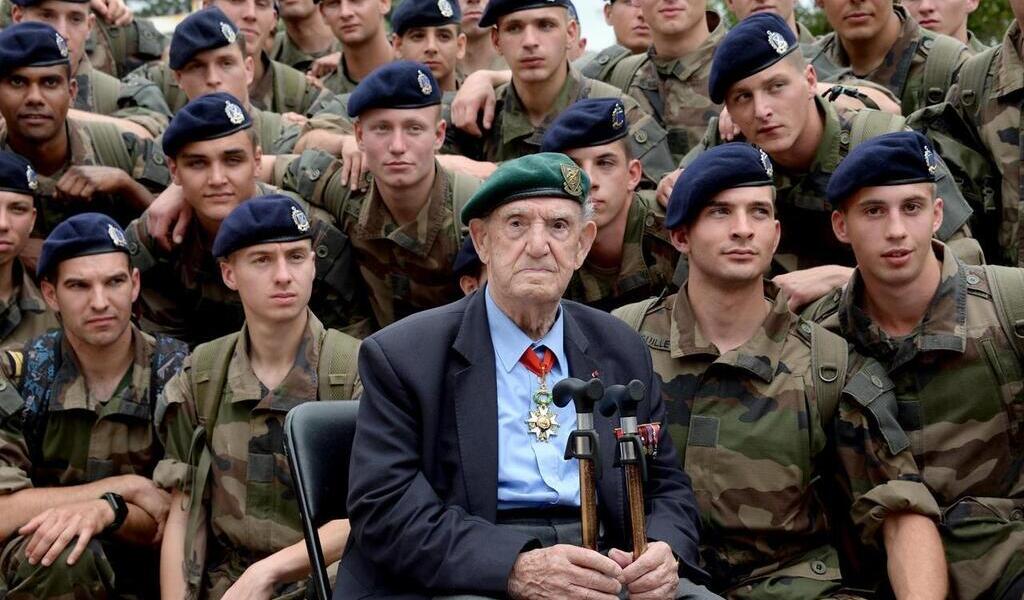 Leon Gautier, one of the 177 marines of the Kieffer commando to have landed on the Normandy coast on June 6, 1944, was elevated to the rank of Grand Officer of the Legion of Honor, January 1, 2021. Born October 27, 1922 in Rennes and living in Ouistreham (Calvados), he joined the Free French Forces, in London, in July 1940, created by Charles de Gaulle. Three years later, he volunteered to join one of the commandos led by Commander Kieffer.

On June 5, 1944, he left England in a barge led by Alexandre Lofi, the second being driven by Commander Kieffer. At 7:30 a.m. the next morning, he landed on his native land, in Colleville-sur-Orne (Colleville-Montgomery).

“In August 1945 in Vannes, I disembarked from my battalion because I was breaking something again, he told us in 2019. I go back to Rennes with Dorothy, my wife I met in Dover, England. I work there as a coachbuilder, a profession I learned before the war. Living conditions, at that time in France, were difficult and we returned to England where we stayed for seven years. Our two daughters, Jacqueline and Jeannette, were born there. We then go to live in Africa where I work in the same profession for the Comptoir français d’Afrique ouest. Then we return to France. I am going back to law studies and I become an automotive expert in Rennes then in Beauvais (Oise). “

He moved to Ouistreham in 1992, to avoid commemorative trips and to take care of the Number 4 Commando museum in Ouistreham. He is one of the two men of the commando to be still alive, with Hubert Faure, ten years his senior, who has just been raised Grand-Croix of the Legion of Honor.

See Also:  Three Germans in the second round at Barnsley