Nova Minerals is resuming drilling at the RPM Zone 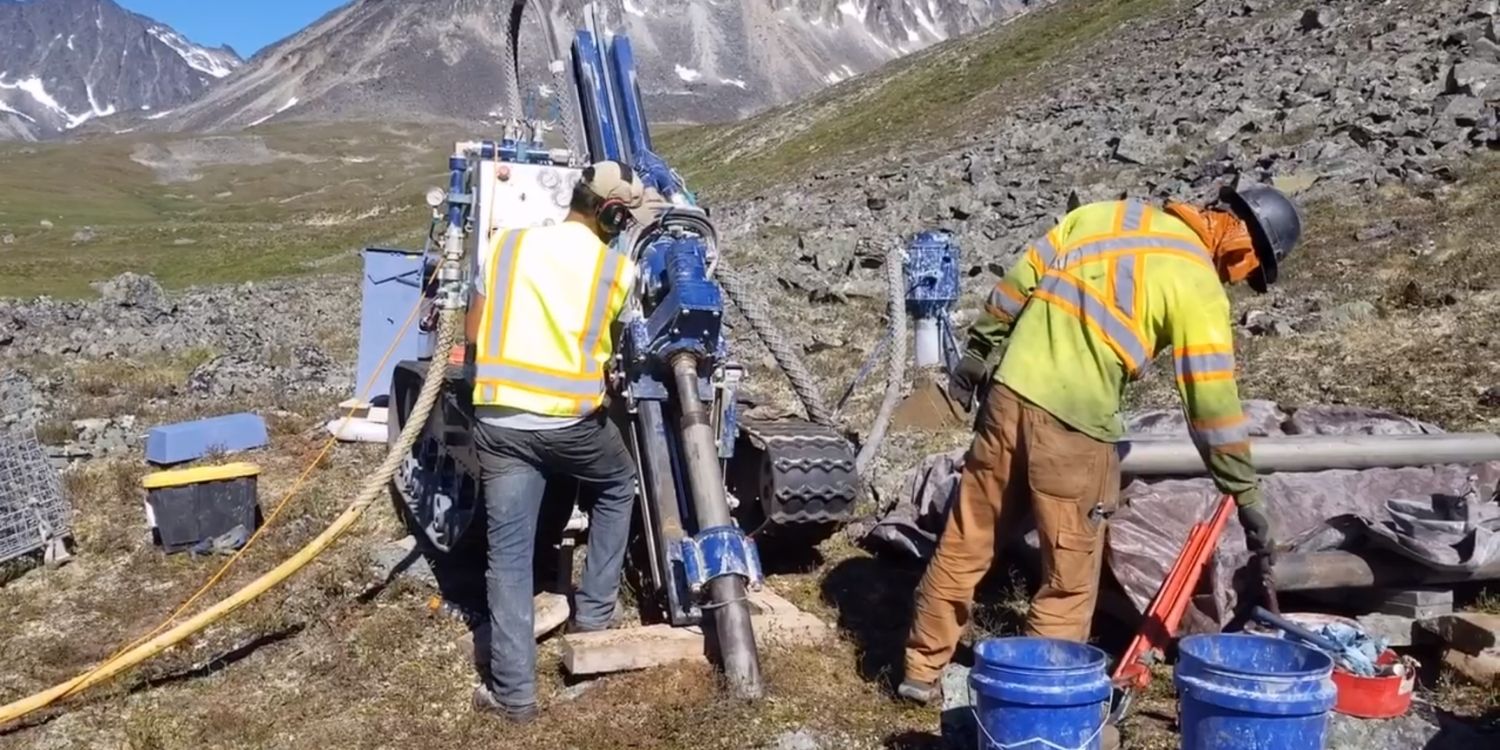 A spectacular drill success had investors sit up and take notice last September as Nova Minerals Limited (ASX: NVA, FSE: QM3) drilled a reconnaissance hole in the northern portion of the RPM Zone at the Estelle Gold Project in Alaska, covering a length of 132 metres grading 10.1 g/t gold. Further drilling will now be conducted to the west of this drill hole. They serve to further upgrade the RPM zone and significantly increase the resource already defined here.

Many of the Nova Minerals shareholders have been waiting for this news for a long time, because since the spectacular find last September it has been clear what enormous potential the RPM zone has in store. If Nova Minerals can live up to this, and future results are in a similar range to last September, there is an opportunity to transform the company from the ground up.

Another success in the RPM zone of the same magnitude will take the company to a new level and thus become a game changer of the first order. The management of Nova Minerals is only too aware of this importance. Therefore, not only will drilling continue on the RPM zone, but a new focus will be set here.

Two new drill rigs are expected on the deposit shortly. The first is expected to begin penetrating the ground as early as next week. The second drill rig is currently expected to commence work on the RPM zone in late June. The fact that so much drill rig is currently being concentrated in this area of ​​the Estelle Gold Project is also a reflection of Nova Minerals’ confidence in this part of the 35 kilometer long Estelle District.

The team around CEO Christopher Gerteisen sees the opportunity here not only to land further hits quickly and with a high probability, but also to be able to significantly increase the size of the deposit and the trust in it with relatively little effort. Because the chance-risk ratio is so good here, the motto these days is: big and big.

At the same time, the approach is very strategic, as the new drilling will initially be planned to the west of the spectacular discovery of September 2021. This makes sense as at the time drill hole RPM-005, which intersected the long interval of bonanza grades, was the westernmost drill hole collared in this part of the RPM zone.

This suggests that the mineralization will continue further west from here. 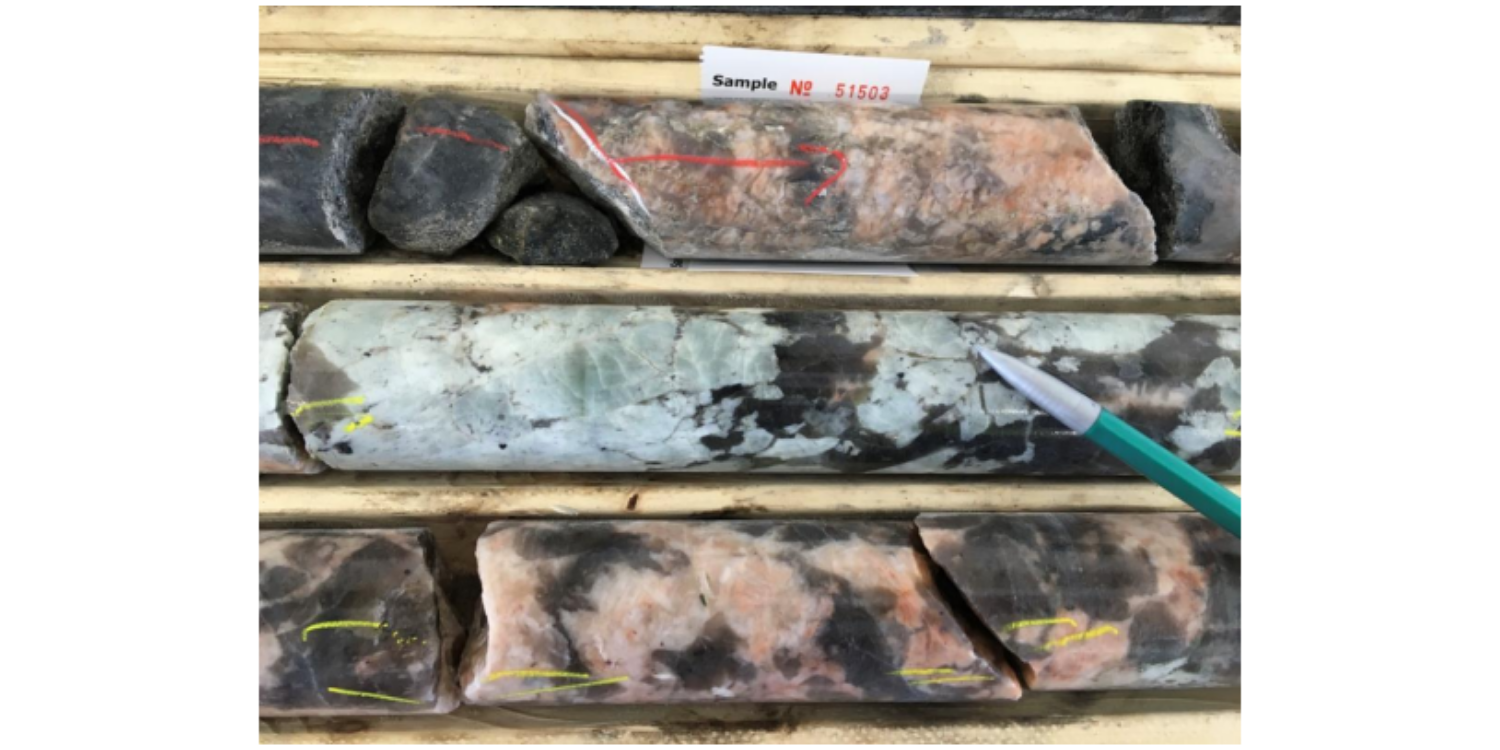 It is currently believed that gold mineralization in this portion of the RPM Zone may extend over a strike length of 1.4 kilometers. In the past few weeks, the possible drill targets have therefore been determined and categorized according to their priority.

Three priority levels are used, with the highest priority targets not only being closest to the exploratory drilling carried out over the past year, but of course being the first to be drilled. In-fill drilling is also planned to be carried out between the previous wells this year.

They are intended to increase confidence in the deposit and to transition the current resource, which currently totals 1.5 million ounces at the RPM zone, from Inferred to the next higher Indicated resource category. Nova Minerals has used the past few weeks to prepare the drilling sites for the upcoming drilling.

A look at the pictures provided by the company shows that this was not always the easiest of undertakings, because there is still snow on some of the mountains in the background and the terrain at the planned drilling sites drops steeply in places, so that wooden structures first had to be erected , from which the wells can now be drilled.

While drills will be rotating at the Korbel and RPM zones over the coming weeks, colleagues in the offices will be busy revising the mine plans. Specifically, studies on process optimization and material transport are pending, but environmental studies are also on the agenda.

The ambitious goal here is to be able to present a revised version of last year’s scoping study later this year. It should also include as many of the upcoming drill holes as possible, because it is Nova Minerals’ goal to show the market that gold production on the Korbel and RPM zones is not rocket science, but is possible with relatively manageable effort is. The profits it will generate should then be used to further develop the remainder of the Estelle Gold Project, potentially resulting in a whole new mining district in Alaska.

So far, the work is on schedule, both in terms of time and money. The invested investors can therefore look forward to an exciting summer in which Nova Minerals will hopefully not only have a lot to report, but in which the company will finally succeed in completely convincing the still somewhat stubborn market of the outstanding quality of its project .

A first start has been made, because the news of the start of drilling in the RPM zone was rewarded by Australian investors with a price increase of more than five percent in the night from Wednesday to Thursday.

AXINO Media GmbH offers editors, agencies and companies the opportunity to publish comments, analyzes and news on www.axinocapital.de. This content is for the sole purpose of informing the reader and does not represent any kind of call for action, neither explicitly nor implicitly are they to be understood as a guarantee of any price developments. Furthermore, they in no way replace individual expert investment advice and do not represent an offer to sell the share(s) in question or an invitation to buy or sell securities. This is expressly not a financial analysis, but an advertising one / journalistic texts. Readers who make investment decisions or carry out transactions based on the information provided here act entirely at their own risk. There is no contractual relationship between AXINO Media GmbH and its readers or the users of its offers, since our information only relates to the company and not to the reader’s investment decision.

The acquisition of securities involves high risks that can lead to the total loss of the capital invested. The information published by AXINO Media GmbH and its authors is based on careful research, but any liability for financial loss or the content guarantee for the topicality, correctness, appropriateness and completeness of the articles offered here is expressly excluded. Please take note of our Terms of Use.

According to Section 34b WpHG and Section 48f Paragraph 5 BörseG (Austria), we would like to point out that AXINO Media GmbH and/or its employees, affiliated companies, partners or clients hold shares in Nova Minerals and that there is therefore a conflict of interest. AXINO Media GmbH and its affiliated companies also reserve the right to buy or sell shares in the company at any time.