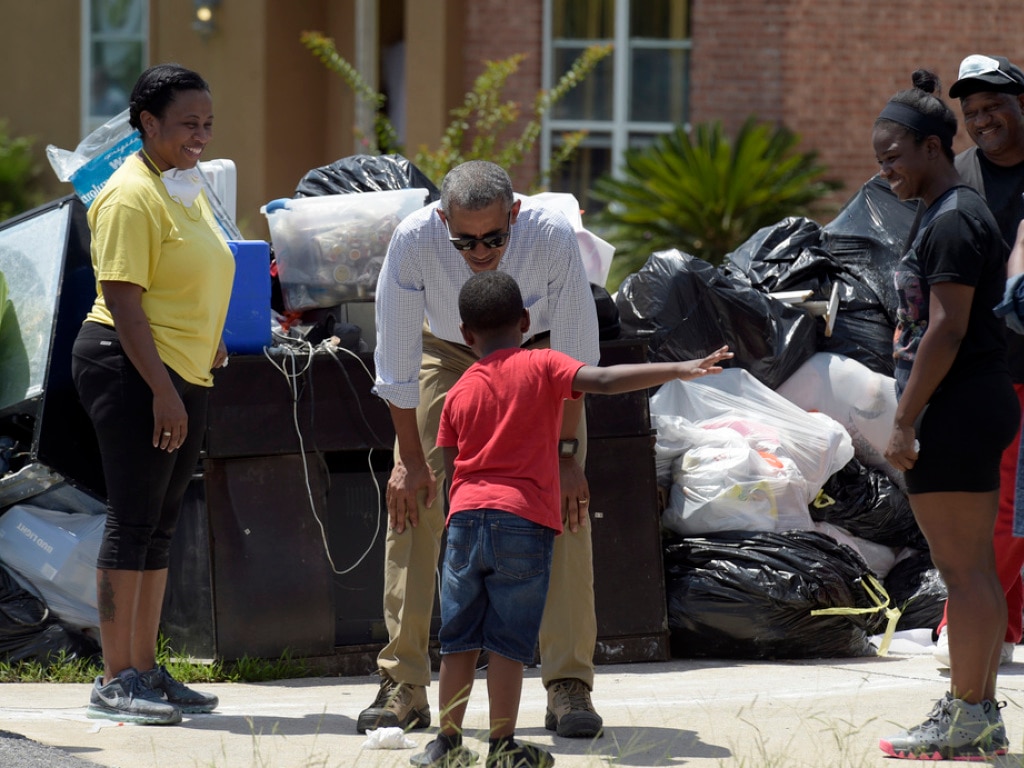 Obama in flooded Louisiana: “You are not alone”

Zachary – US President Barack Obama has pledged long-term aid to people in the flooded state of Louisiana. “It will depend on what we do when the television cameras are gone,” Obama said Tuesday during a visit to Zachary near Baton Rouge.

US President Barack Obama encourages those affected by the floods in the US state of Louisiana. On his tour of Baton Rouge, he talks to a boy.

The president had been criticized for not interrupting his vacation, which lasted until Sunday, to visit the disaster area earlier. He had argued that an immediate visit would do the people no good.

On Tuesday, Donald Trump, who reportedly unloaded a truckload of toys in Louisville on Friday, tweeted that Obama should have come much earlier.

Large parts of the state were inundated in a massive flood after days of rain. So far 13 dead have been counted, 60,000 houses are damaged.

Obama met flood victims, police officers and other aid workers. He said sufficient funds had been made available quickly for the victims to respond to the disaster now.

A good 100,000 people have applied for state disaster relief. So far, $127 million has been made available for them, Obama said.

“The people of Louisiana are not alone in all of this,” he said. It doesn’t matter to the flood victims whether you’re a Democrat or Republican, it’s about concrete help, and politics isn’t that important to them.