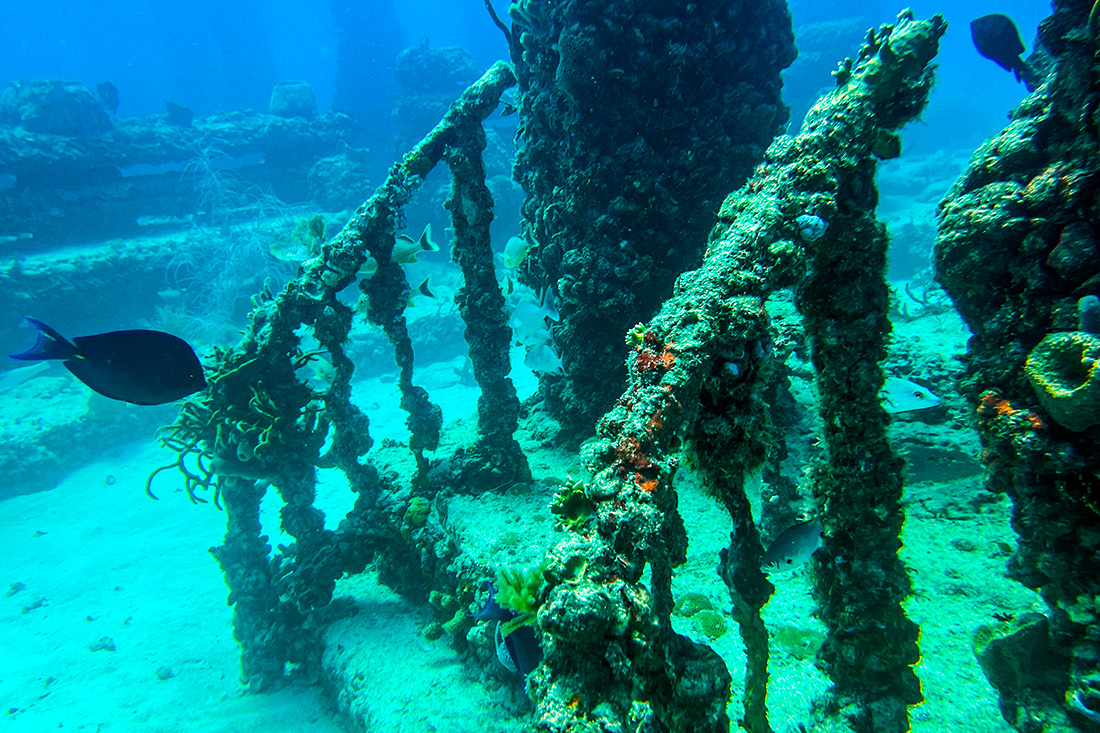 Miami, United States | AFP | Saturday 19/11/2022 – Divers equipped with their compressed air bottles progress by swimming, surrounded by colorful fish and a ray. Once they reach the seabed, they come face to face with the columns and arches of a graveyard for ocean lovers, a site teeming with aquatic life.

The construction of the “Neptune Memorial Reef”, located 5 km east of Miami in Florida, began in 2007. The initial project was to install an artificial concrete reef that would serve as a refuge for the aquatic fauna of the area. . But space eventually evolved into an underwater mausoleum.

While looking for funding for the reef, the entrepreneurs had an idea: to offer the possibility to those who wish to rest forever under water. For this, the ashes of the deceased are mixed with the concrete of the columns and statues of the monument.

Since people around the world are looking for more environmentally friendly burial options than traditional cemeteries, underwater cemeteries have grown in popularity. Similar projects are underway in several places in the United States, notably off the coast of the American states of New Jersey or Texas.

Fifteen years later, the remains of more than 1,500 people are kept at the Neptune Memorial Reef and nearly 1,500 sites have been reserved. The prices fluctuate between 7,995 and 29,995 dollars and depend on the place but also on the support chosen by the customers.

At 12 meters deep, divers slalom between the columns and under the arches, pass near statues of lions, starfish and other animals.

On this sunny afternoon, some divers have to repair copper tombstones that are used to hold people’s ashes. Another checks geographical coordinates and, arriving at the space indicated, glues a funeral plaque to a concrete beam with epoxy resin.

“Our motto is to ‘create life after life’,” explains Neptune Memorial Reef operations manager Jim Hustler, emphasizing the environmental dimension of the project. “We wanted to build a sustainable reef that would replace the reefs that are dying at worldwide”.

The goal is reached. More than 190 coral colonies have settled in this 4,000 m2 space which also hosts 56 species of fish, as well as crabs and sea urchins.

“All textures, shapes, profiles and depths are designed to entice animals to come,” says Hustler, whose project is just getting started.

His company has permission to build on some 64,000 m2 and aims to accommodate the ashes of more than 250,000 people, once the work is completed.