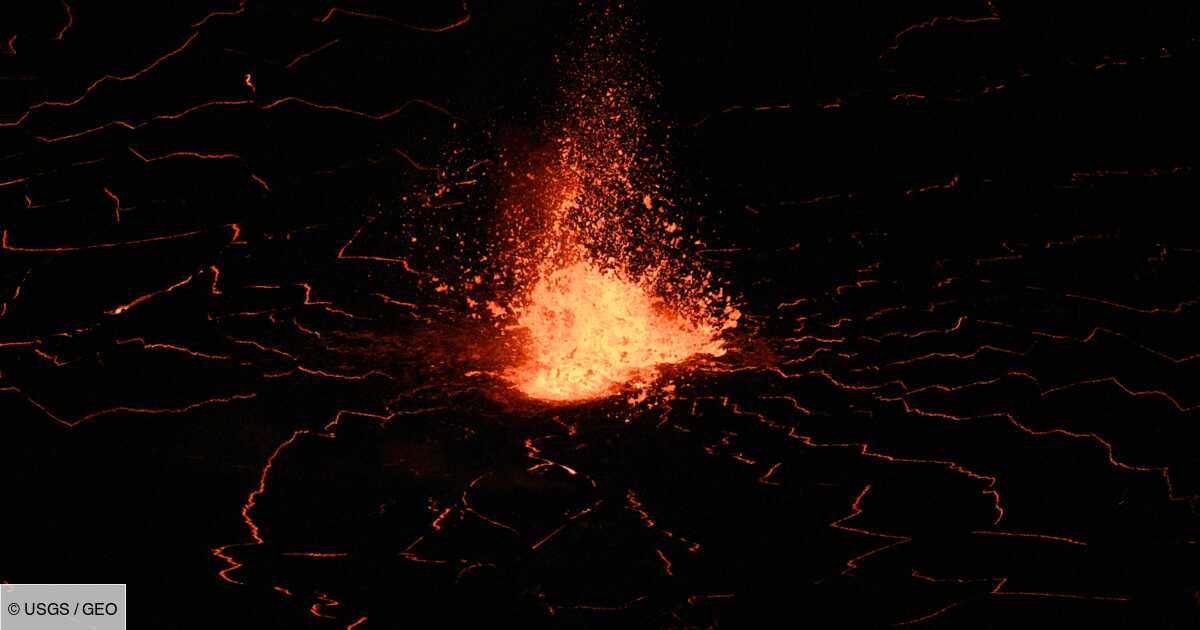 Lava fountains erupted from the summit of Kilauea Volcano on Thursday, Jan. 5, according to the USGS, and filled much of its 120-hectare crater with molten rock. The next morning, the intensity of this eruption was “decreasing rapidly”, according to the institute. “The fountains lost vigor overnight and remain about five meters high this morning“, explained the USGS in its latest report.

Several media and Internet users have shared the spectacular images of this volcanic eruption.

Next to the largest volcano in the world

The eruption comes less than a month after Kilauea and its towering neighbour, Mauna Loa, so large it holds the title of largest volcano in the world, have returned to calm.

Mauna Loa, whose name means “long mountain” in Hawaiian, erupted in December for the first time in nearly 40 years. Spectacular, its fury had caused fountains of lava reaching 60 meters high and impressive flows of molten rock along its sides, without however endangering the dwellings of the island of Hawaii.

Also located on the largest island of this Pacific archipelago, Kilauea is much more modest, but much more active. It erupted almost continuously between 1983 and 2019, and is a popular attraction for tourists who fly over it in helicopters. In 2018, its lava flows destroyed more than 700 homes.

The current eruption poses no danger to residents, according to the USGS. However, the institute warns against the volcanic gases released, particularly sulfur dioxide, irritating to the eyes and the respiratory tract, which can affect inhabitants, crops and livestock.

What are the most dangerous volcanoes in the world?

4 amazing things to know about volcanoes

What are the different types of volcanoes?