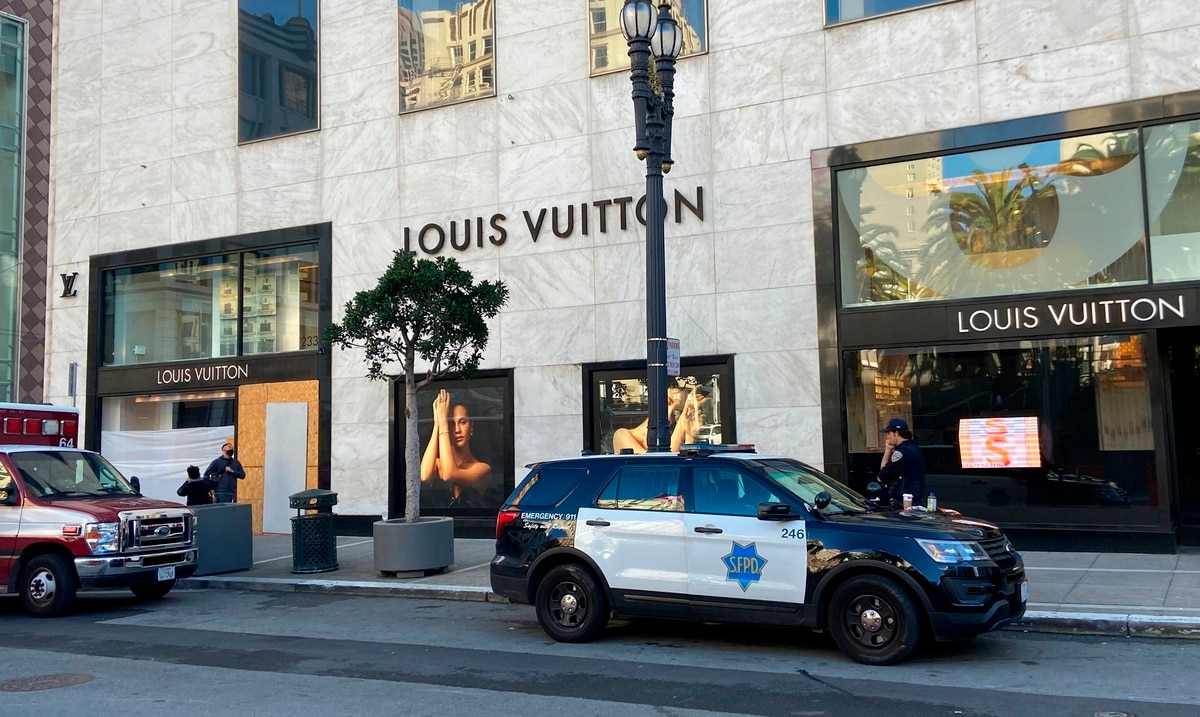 San Francisco — Groups of thieves, some of them armed with pry bars and hammers, smashed display cases and sideboards, and looted luxury stores in the Bay Area of San Francisco, taking jewelry, sunglasses, luggage and other merchandise in waiting vehicles during a weekend of brazen organized robberies that left holiday shoppers shocked and raised concerns around the hectic shopping season.

The thefts are believed to be part of sophisticated criminal networks that primarily recruit young people to steal merchandise from stores across the country, then sell it online. Thefts have been on the rise as the Christmas shopping season approaches, experts and authorities say.

“We are not talking about someone who needs money or food. These are people who do this for a big profit, and for their emotions, “said Ben Dugan, president of the Coalition of Law Enforcement and Retail.

The weekend robberies began in San Francisco around 8 p.m. Friday, when multiple people broke into stores such as Louis Vuitton, Burberry and Bloomingdale’s in the downtown area and Union Square, an upscale shopping district that is popular. among tourists and which was packed with Christmas shoppers.

Witnesses posted videos of the chaotic scene on social media, in which police officers are seen forcibly removing a suspect from a waiting vehicle, while other people ran with merchandise in their arms or dragging suitcases.

These mobs are typically organized by local people who recruit elements and send them out to steal specific merchandise that was requested by criminal organizations across the country, Dugan said.

The people who carry out the robberies receive between $ 500 and $ 1,000 for stealing everything they can and taking it to the organizers, who send the merchandise to other parts of the country.

“The bosses organize them, give them bars and, in some cases, rent vehicles or provide them with escape routes or a list of products to steal. It all looks very chaotic, but it is actually very well organized, ”said Dugan.

The Governor of California, Gavin NewsomHe pointed out that his office met during the weekend with some of the merchants, who requested a greater police presence.

“You will see many more (patrols) starting today, in the busiest areas and ahead of the Black Friday season in the shopping centers”he told reporters Monday during an event in San Francisco.

He said the California Highway Patrol immediately redoubled its patrols on nearby freeways following the weekend robberies, and asked local authorities how they could help.

In July, Newsom enacted a law that allows prosecutors to press charges against those who work with others to steal merchandise.. He said this year’s state budget included millions of dollars for local authorities to deal with retail theft and that his budget proposal for January will include an “exponential increase in support to help cities and counties.”

“They’ve gone into my business three times this year,” said Newsom, who owns two wine stores in San Francisco. “I do not have any empathy nor do I like these subjects, they must be held accountable.”

Retail stores lose about $ 65 billion each year to organized robberies, most of which are perpetrated by professional thieves. Criminal mobs are part of a growing national trend, he noted.

Last week, 14 suspects broke into a Louis Vuitton store in Oak Brook, a Chicago suburb, pulled large plastic bags from their coats and filled them with clothing and other items, stealing more than $ 120,000 worth of merchandise, police said.