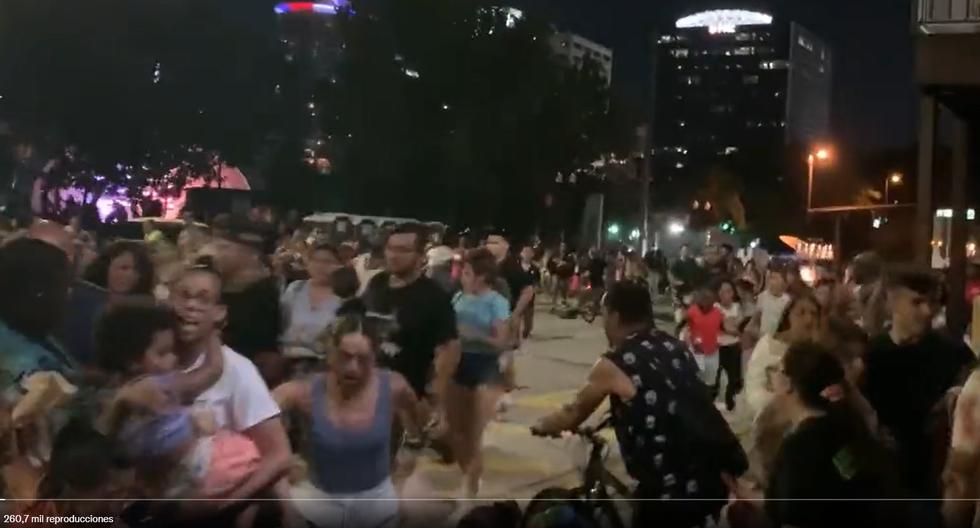 A false shooting alarm caused the stampede of hundreds of people who attended in Orlando (Florida) to a pyrotechnic show for the Independence Day of USAlocal media reported on Tuesday.

Several people were injured in the chaos that occurred in the vicinity of the Lake Eolaas reported by the Police Orlandowhich until the early hours of today was still finding out the reasons for what happened and helping to solve problems such as the large number of abandoned objects in the place.

MIRA: Police arrest Robert Crimo, author of the shooting in parade of July 4 in the United States | VIDEO

Hours before the riot in Orlando there had been a shooting in the town of Highland Parkabout 40 kilometers from Chicagoduring a parade for the Independence Day in which at least six people died and “dozens” were seriously injured.

“So far it appears that a noise that occurred during the fireworks display confused some viewers,” Orlando Police said in a message on Twitter.

🇺🇸 | Fear of gunshots causes panic in the crowd during the 4th of July fireworks in Orlando, Florida. Several people were injured and others escaped by jumping into a lake. There is no evidence of a shooting. pic.twitter.com/dMZXhlfIbS

According to the police, “No serious injuries have been reported, only some minor ones suffered by some spectators when they fell in the commotion.”

Amid the chaos, police posted a message on social media warning that there was no evidence of a shooting at the venue where the show was held and asking people to calm down.

Several videos published today show how panic seized people, who began to run in all directions.

At Lake Eola, Orlando, USA, hundreds of people fled after mistaking a fireworks display for a shooting, according to international media.

According to police, there is no evidence of a shooting. Information in development. pic.twitter.com/GgaBpw8c38

“There were thousands of people coming towards me, so we started running. And then at one point, people were pushing so hard that we let go of each other’s hands and I panicked,” Katie Chung, a woman who was watching the show with her family, told Orlando’s WESH channel.

After the scare, the police had to establish a family reunification point due to the number of people who were separated from their family members in the riot.

The numerous abandoned objects were also collected in one place so that people can go looking for them.