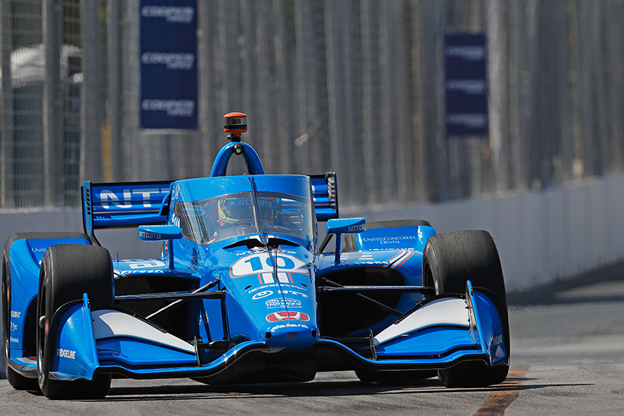 Key weekend for IndyCar… and for Alex Palou. The short Iowa oval will close the second third of the Championship with a double test… but with a common classification, which adds difficulty to it.

As it happens in the ovals, each driver will qualify alone. He will do two flying laps, the first will be for Saturday’s race and the second for Sunday’s test. Forbidden to fail in the classification. Also, there will be an early qualifying on Saturday morning; the free practices, of only an hour and a half, will be a thing on Friday.

The last time it was run here was in 2020, it was also a double race, with wins by Josef Newgarden and Simon Pagenaud. But in IndyCar that doesn’t mean anything.

Palou is in search of his first victory this season. It won’t be easy here, but with a Ganassi car you’re always in the thick of things. His contractual situation for 2023 is still somewhat complicated, but this does not seem to cloud their current relationship; We saw it last Sunday when, after a difficult qualifying, both he and the team knew how to come back and make amends.

Ganassi has three drivers in the top five. Surely he would like them to finish the year in the first three positions. Marcus Ericsson defends the lead and enjoys a small advantage; if he doesn’t fail in either race, he’ll continue to fill it out of Iowa. Will Power, Palou, Newgarden and Scott Dixon are in a bandana. Any of them can give an important punch for the Championship. But under more pressure are Pato O’Ward and Scott McLaughlin, who must look for a great result if they don’t want to be left behind in the race for the title.

Other men – Alexander Rossi, Romain Grosjean, Pagenaud, Rinus VeeKay or Graham Rahal – have lost almost all of their title aspirations. They need a miracle but, above all, they need a great result to make up the season.

The prognosisSo, It’s open. This is not Formula 1. Here the mechanical means are very even and many things can still happen.

Iowa has a trioval configuration, with different inclines. Only has 1,408 meters long and the best laps take less than 18 seconds, that is, at almost 290 kilometers/hours on average. The walls are protected with second generation SAFER barriers.

THIS IS HOW THE CHAMPIONSHIP GOES