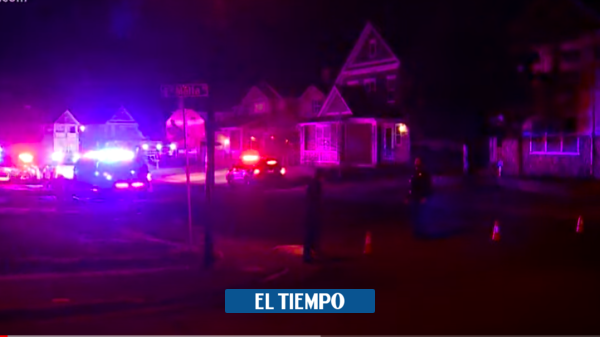 Follow your favorite topics in a place exclusive to you.

an exclusive place,
where you can follow your
favorite subjects . Eligelos!

Your favorite themes have been saved!

you are now following
4 THEMES

The emergency occurred at a birthday party.

The emergency occurred at a birthday party.

Three people were taken to hospital, one of them for serious injuries.

A birthday party ended in an accident. In a celebration that was taking place in a house in Colorado (United States), a floor collapsed and 150 teenagers fell into the basement of the house.

(In other news: The controversial end of Joe Biden’s speech and the accusations against him)

As reported by the 9News media, everything happened around 9:30 at night at a party that a family had organized for a young man who was turning 18.

Local firefighters reported that, miraculously, Most of the attendees left the place unharmed. Three people did have to be taken to a hospital and one of them suffered serious injuries.

The massive presence of the guests occurred as the announcement of the party was made known “voice to voice” and finally, everything got out of control.

(We suggest: Can Russia be expelled from the UN Security Council?)

“I think it leaked a little bit, so everyone thought it was just an open house,” Cass Henry, one of the party guests, told 9News. The man suffered a broken ankle.

El Diario quoted the chief of special operations of the South Fire Department, who assured that: “Two seconds before the ground ended breaking, you could hear how everything crumbles, but there was not enough time to do something about it, “he said. .

(Also: ‘We are prepared to fight if our allies are attacked’: Biden)

See the video of the moment:

Personalize, discover and be informed.

there was an error in the request