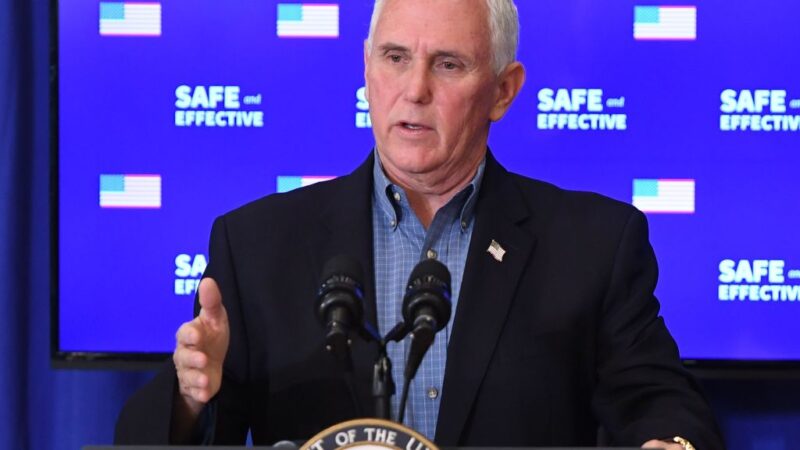 [NTD News, January 3, 2021, Beijing time]On Saturday (January 2), US Vice President Pence’s chief of staff said in a statement that the vice president “welcomes” members of the Senate and House of Representatives on January 6. The Japanese parliament meets to certify the efforts of the Electoral College to “vote opposition”.

“Vice President Pence, like millions of Americans, is concerned about voter fraud and irregularities in the last election,” Pence’s chief of staff Marc Short said in a statement to The Capitol. Said in.

“The Vice President welcomes the efforts of members of the Senate and House of Representatives to use the powers granted by law to raise objections and provide evidence to Congress and the American people on January 6,” the statement continued.

This comment is the clearest comment made by Pence’s office on the January 6th Congress certified electoral vote.

Pence will preside over the meeting on January 6, but his role is mainly ceremonial. According to the 100-year-old Electoral Counting Act, on the day that Congress authenticates the electoral votes, the vice president has the responsibility to open the envelope, count the electoral votes in each state, and announce the result of the electoral votes.

A few days ago, Congressman Louie Gohmert sued Pence in federal court, demanding that the powers of the vice president be expanded so that he has the power to decide whether to certify the votes of a certain electoral college. But the judge dismissed the case because the prosecution should not be Pence, but Congress.

According to the law, to overturn a state’s electoral votes, at least one congressman and one senator must object.

In the House of Representatives, on January 2, dozens of current and newly appointed Republican congressmen stated that they would challenge the electoral college vote at the joint meeting of Congress on January 6, including Congressman Andy Biggs. ), Matt Gaetz, Louie Gohmert, Paul Gosar and Jody Hice.

On January 2, 11 more Republican senators joined the challenge. Including 7 senators and 4 newly-elected senators called for a 10-day audit of the election results of the “controversial states” and stated that they would refuse to authenticate the electoral votes of these states until the audit is completed.

The 12 senators who participated in the challenge reached a quarter of the number of senators. It is expected that more people will support efforts to challenge the election results in Congress next week.