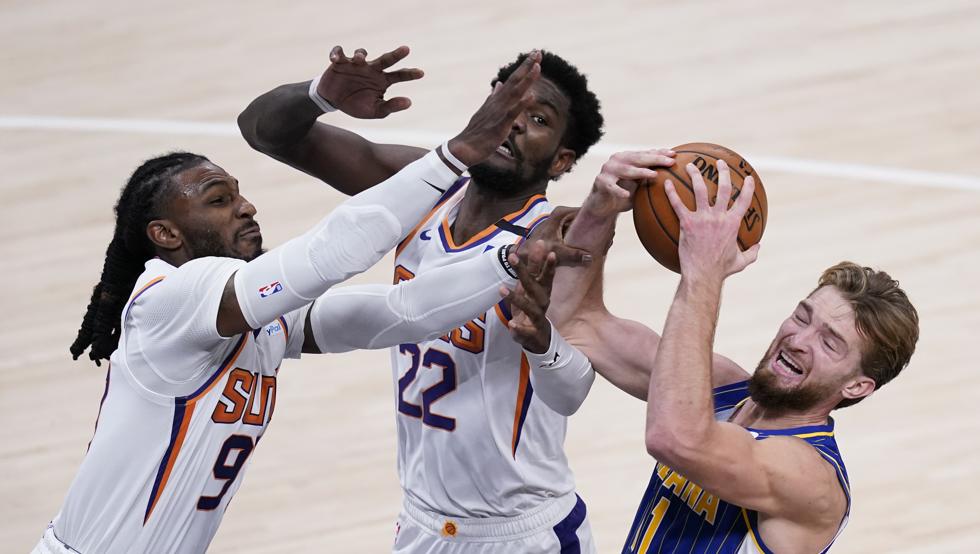 Phoenix Suns confirmed his great form and better start to the season with a hard-fought win against Indiana Pacers, 125-117, which allows them to continue one more day among the top ranked in the NBA.

Led by Mikal BridgesThe Arizona team had a great match that certifies the sensations obtained on the court. Until six players over ten points, two of them with double-doubles, and the feeling that the machinery works perfectly in Phoenix.

Mikal Bridges curdled his best night in the NBA to lead some Suns who had to sweat a lot to win the game against Indiana. Bridges went to the 34 points, with a fantastic 12-18 shot card, and was the greatest exponent of a staff that he accompanied at all times.

He was well escorted by the 25 points by Devin Booker, 8 points and 14 rebounds from DeAndre Ayton and the double-double of 15 points and 10 assists that Chris Paul achieved. Between all they achieved the advantage in the last quarter that ended up sealing the victory for Arizona.

Another monstrous statistical line of Domas Sabonis this time. Lithuanian scored 28 points and added 22 rebounds on another great night in the best league in the world but this time he was not able to accompany him with a victory. Sabonis is being one of the best players from the start of the competition and the clear leader of Indiana.

The Pacers were solid for most of the game but couldn’t stop Phoenix escaped by the minimum on the scoreboard during the last quarter, being unable to cut the small difference that finally separated them.

Malcom Brogdon and Victor Oladipo, with 22 and 16 points respectively, were far from their best shot, weighing down some of Indiana’s final actions and making the comeback impossible. He did not accompany the bench too much, which could not have a long rotation for them.

With this victory the Suns are placed 7-3 in the Western Conferencewhile the Pacers fall to 6-3 in the East. Those of Phoenix are still at the top while Indiana will have to win their next match to maintain the lead in their particular classification, on the other side of the country.