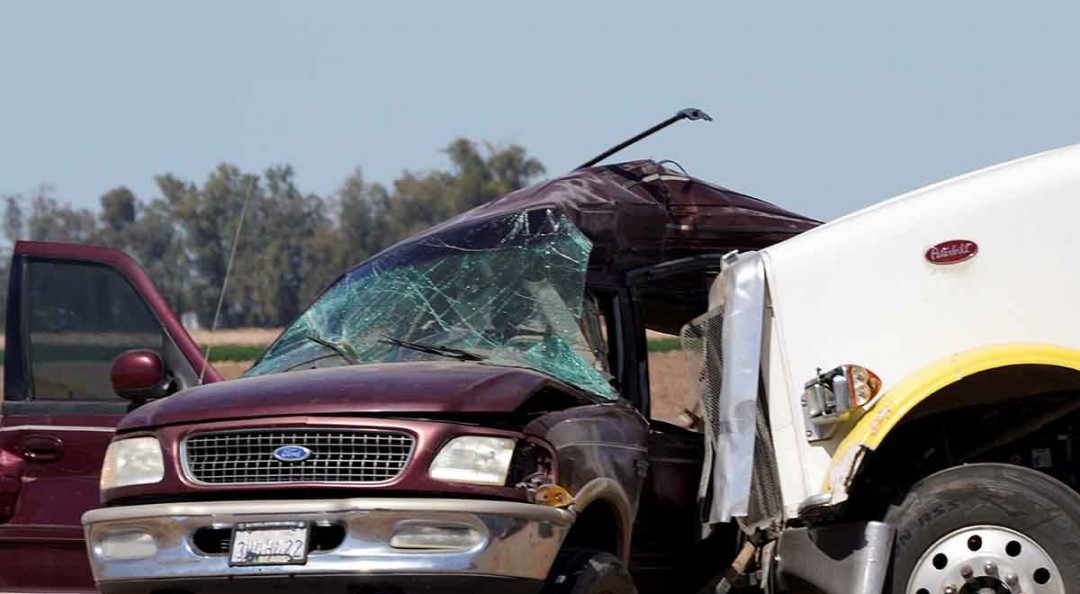 A collision between a truckto overloaded with passengers and a truck left 15 dead, 10 of them Mexicans, and several wounded this Tuesday in Southern California, police said, correcting a first report of fatalities from a hospital.

DEADLY HIGHWAY HORROR: At least 13 people have died in a crash in Southern California after officials say an SUV carrying 25 passengers, including children, collided with a tractor trailer. @KayleeHartung has more. https://t.co/8Rc8zbPEU5 pic.twitter.com/G6A3Vaigy2

The accident, which occurred around 6:00 a.m. near the Mexican border, involved a heavy truck pulling two trailers and a pickup truck that was crossing National Highway 115, California Highway Patrol official Omar Watson said at a press conference. , in charge of the investigation.

The Mexican government confirmed that at least 10 of the deceased were citizens of its country and said that it collaborates with California authorities to assist its dead and injured countrymen, Roberto Velasco, an official from the Foreign Ministry, detailed on Twitter.

The suv is now being towed from the scene. @NBCLA #Holtville pic.twitter.com/6dFTJGouRe

Watson had reported that police were working with the Mexican consulate to determine the identity of the victims and notify their families.

According to the manufacturer page, the vehicle involved in the accident admits a maximum of eight passengers.

See Also:  In California, woman steals $ 328,000 worth of merchandise from stores

The incident occurred near Holtville, about ten kilometers north of the border between the United States and Mexico, according to the rescue services.

Earlier, an official at a nearby hospital in El Centro had reported that a total of 28 people were believed to be in the van and 15 of them had died.

According to Watson, the deceased are between 20 and 55 years old, but at least one of the injured passengers was a minor under 16 years of age.

The driver’s identity was confirmed but was not released by emergency services, who were still trying to identify some passengers.

At least 13 people were killed when a tractor-trailer slammed into an SUV crammed with 25 adults and children in the farming community of Holtville near the U.S.-Mexico border https://t.co/yauYNqmZ6i pic.twitter.com/ZFDbxnaSr5

The first images of the collision released by local media show a truck embedded in the side of a large burgundy SUV, apparently with California license plates. The cab of the truck is mostly intact, but the other vehicle, although standing on all four wheels, appears badly damaged.

Some were thrown onto the road, to the ground, and died of their injuries. Others were found dead inside the vehicle and others were injured and managed to get out under their own power,” said Omar Watson.

In addition, he reported that the accident, whose circumstances have not yet been clarified, did not occur during a pursuit.

We don’t know exactly what caused the collision. (…) But obviously such a vehicle is not designed to transport so many people,” he said.