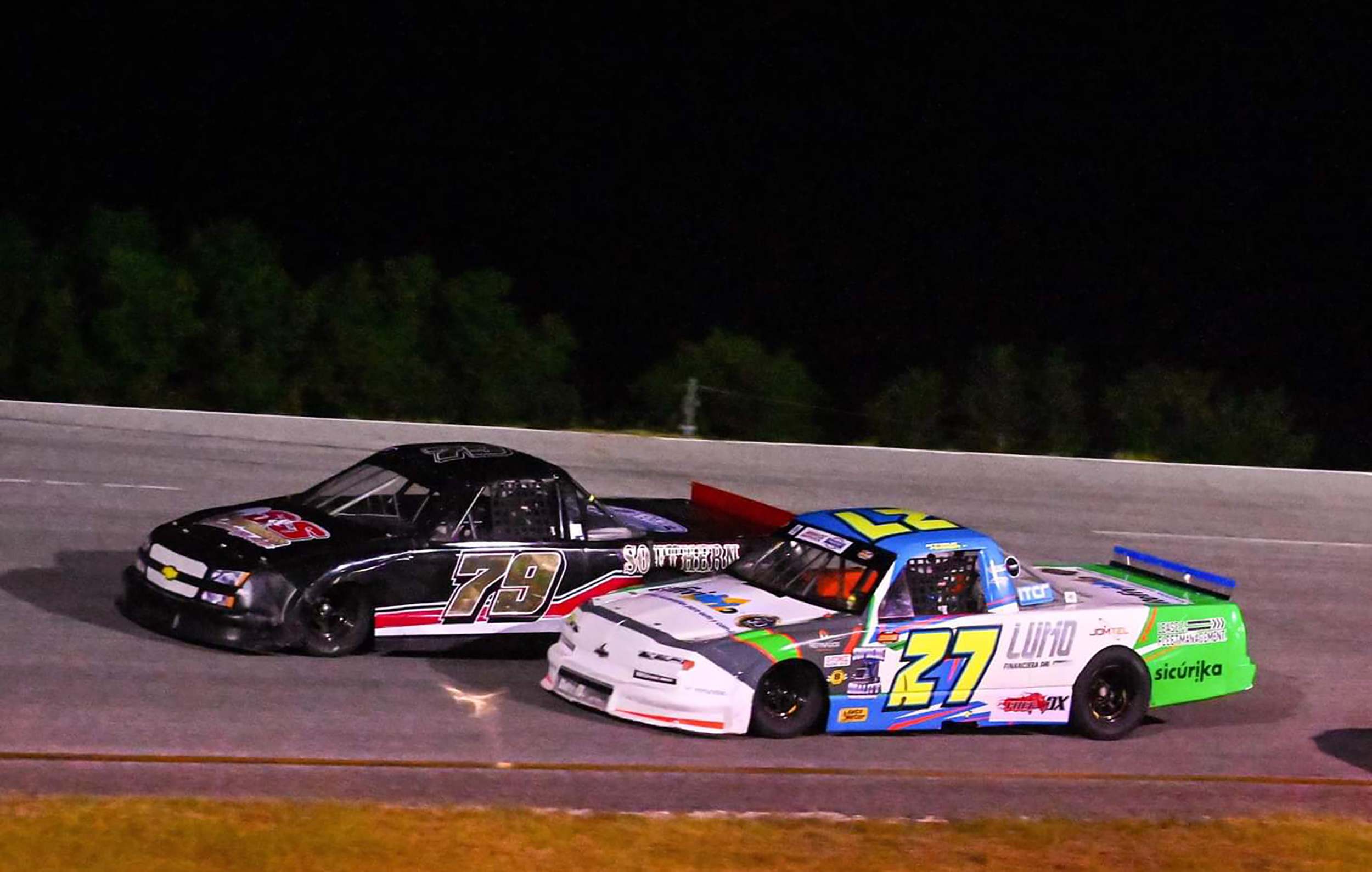 the mexican pilot Henry Ferrer participated in the third date of the Championship Advance Auto Parts Pro Trucks on the ½ mile oval Mobile International Speedway, where he had an outstanding weekend after winning the Pole Position and later reaching his third Top-10 of the season to establish himself as one of the important drivers in the Series.

Ferrer, who has left a pleasant taste in the mouth in each race, arrived at the southern event as one of the favorites after winning Pole Position. However, the night ended with a profitable Top-10 due to the intensity with which it was played.

Regarding the actions on the trackEnrique Ferreraboard the van #27 under the patronage of LUMO, REFIVIDRIO, LEASE & FLEET, SICURICA, AVACOR, IMMUNOTECstarted from the first position and with the hope of completing the 30 minutes career in the same place. Unfortunately, the pole defense could not go as he would have liked due to a mechanical problem with his unit.

“On lap 20 of the race the hydraulic steering of the truck failed us. For safety, and to avoid any mishaps, we decided to leave the competition. However, it was a positive weekend and we are very happy to obtain the Pole Position and that gives us the opportunity to advance more every day and be sure that in the following dates we can achieve the objectives set.” highlighted Henry Ferrer from Alabama.

The Mexican kept the pace of the race on par with the leading group and successfully dodged the yellow flags presented. However, it was in the vuelta 20 when his luck ran out with the aforementioned mechanical failures and to prevent his truck from #27 had a greater damage, or that it was the cause of an accident, he decided to abandon 10 turns from the end. Although it was not the way that Ferrer wanted to have ended Saturday night, the conclusions are positive from the Mobile oval.

Su Pole Position has marked him as one of the outstanding drivers of the Championship, and although the competition in Alabama was very tough, the Mexican knows that he has the conditions and the team to continue making history within the regional series of NASCAR with the aim of jumping to the highest categories at the national level.

Enrique Ferrer’s next race will take place next July 2 in HOUSTONwhere he will rescue valuable conclusions to repeat the Pole Position, but this time, to seek his first championship victory Advance Auto Part Pro Truck de NASCAR.