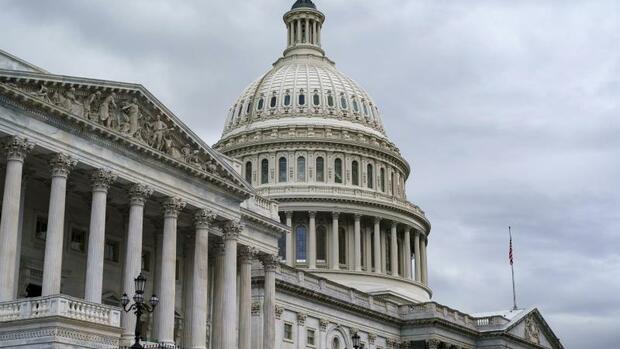 US House of Representatives

Such a formal reprimand shows the disapproval of the parliament for the wrongdoing of a member and is rare. In the history of the Congress Chamber, such a reprimand has only been pronounced against 23 members since the 19th century – most recently in 2010, before that in 1983. Gosar had to appear in the center of the plenary hall to announce the reprimand – this is traditionally part of the disciplinary measure.

A few days ago Gosar had distributed a one and a half minute video on Twitter that contained comic scenes in which he attacked the Democratic MP Alexandria Ocasio-Cortez and the Democratic President Joe Biden as a superhero. The tweet has since been deleted.

Bloody comic with Ocasio-Cortez and Biden

In the clip, the Republican hit his congressional colleague Ocasio-Cortez, who was portrayed as a giant, with a blow in the neck. Blood spurted. In another scene, the MP charged Biden as a comic book hero with two swords. In the video, Gosar is stylized as a savior fighting crime, illegal immigration and drug smuggling.

The clip had sparked outrage among the Democrats. House Democratic leader Nancy Pelosi said Wednesday it was unacceptable for MPs to joke about killing each other or threatening the president. Ocasio-Cortez warned that calling for violence against colleagues would lead to violence in society.

The Republican minority leader in the Chamber, Kevin McCarthy, accused the Democrats of double standards and abuse of power. Gosar himself complained that it was a misrepresentation. He did not threaten anyone and did not call for violence. The Republican is considered a loyal supporter of ex-President Donald Trump.

US House of Representatives on disciplinary action like Rügen

Text of the resolution against Gosar