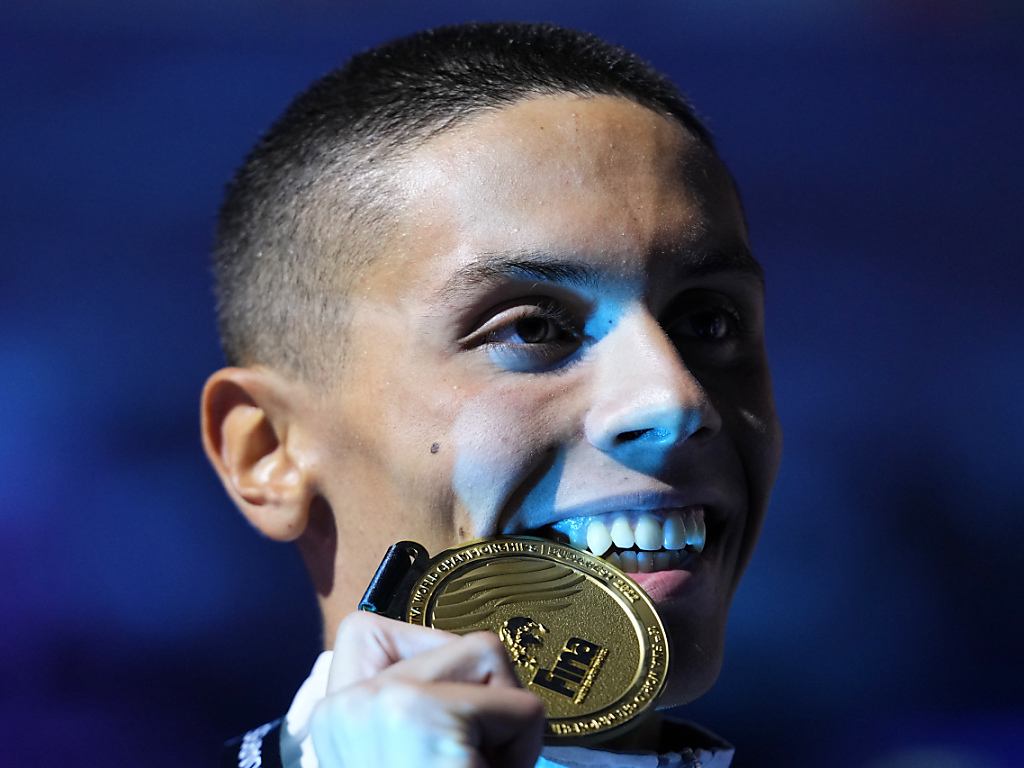 The prodigy David Popovici (17) was adorned with gold in the 100m freestyle, the queen discipline, on Wednesday at the World Championships in the large basin of Budapest.

Already crowned in the 200m free in these games, the Romanian is simply the second swimmer in history to sign such a double in the World Championships.

David Popovici, who imitates the American Jim Montgomery (winner of the 100 and 200 freestyle at the first Worlds in 1973), won in 47”58. Much less impressive than in the semi-finals (47”13, 0”22 from the world record), he was only 0”06 ahead of his French runner-up Maxime Grousset. Bronze went to Canadian Joshua Liendo Edwards, beaten by 0.13.

Léon Marchand, gold in the 400m medley on Saturday, also won a double victory in the 200m medley. Winner in 1’55”22, the Frenchman became the sixth best performer in history. Daiya Seto won bronze in 1’56”22, 0”05 slower than the time which had allowed Jérémy Desplanches (eliminated in the semi-finals) to finish 3rd at the Tokyo Olympics…

The French delegation was also able to celebrate a third medal during this fifth day of competition in the Duna Arena, thanks to Analia Pigrée who won bronze in the 50m backstroke. This is the first time that France has won three medals on the same day in the history of the Long Course World Championships.