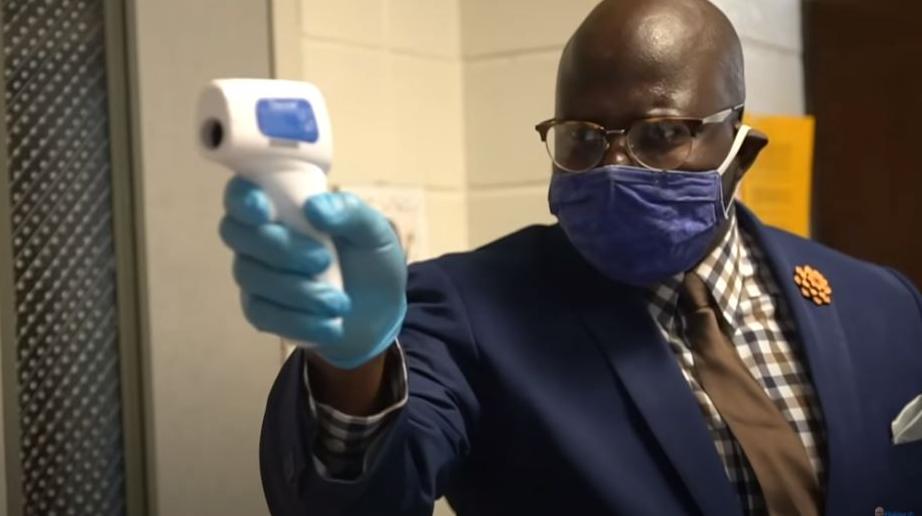 His name is Quentin Lee, and he is the principal of a college in Childersburg, Alabama, United States. Like all school principals, at the start of the school year, he had to adapt to the Covid-19 epidemic and impose a battery of anti-Covid measures on his students. But instead of placidly placarding the rules in the hallways, he posted a video on YouTube.

In this video, he stages himself in the establishment applying the instructions – masks, hand washing, disinfection – on the Mc Hammer tube released in 1990: U can’t touch this. All while rewriting the lyrics to adapt them to the epidemic.

“New rules, let’s take care of everyone, wash your hands, step back a yard, don’t sneeze, and most importantly, don’t touch that. ” A refrain that he sings while showing the door handles and lockers of the establishment. Immediate success for Quentin Lee. The video hit social media in August and has earned him over 6.2 million views today, far more than his high school enrollment. Even the author of the original song, rapper MC Hammer praised the performance on his Twitter account.

“Yet I wrote it in just 15 minutes”, says the principal, smiling at Alabama News Center, explaining that he had just revised the few dance steps he had learned in his youth, in 1990: “My goal was to transform this somewhat austere safety message into something cooler. Because if these guidelines are not followed, if we do not see the warning signs, we are lost.

If that made people smile a little, mission accomplished.

And indeed, Quentin Lee has received thousands of thanks, messages from parents and students far beyond Alabama, some telling him that they would have liked to have him as their principal, others that they sing. now washing hands. Proof if needed that humor and creativity are often more effective than anxiety and fear.