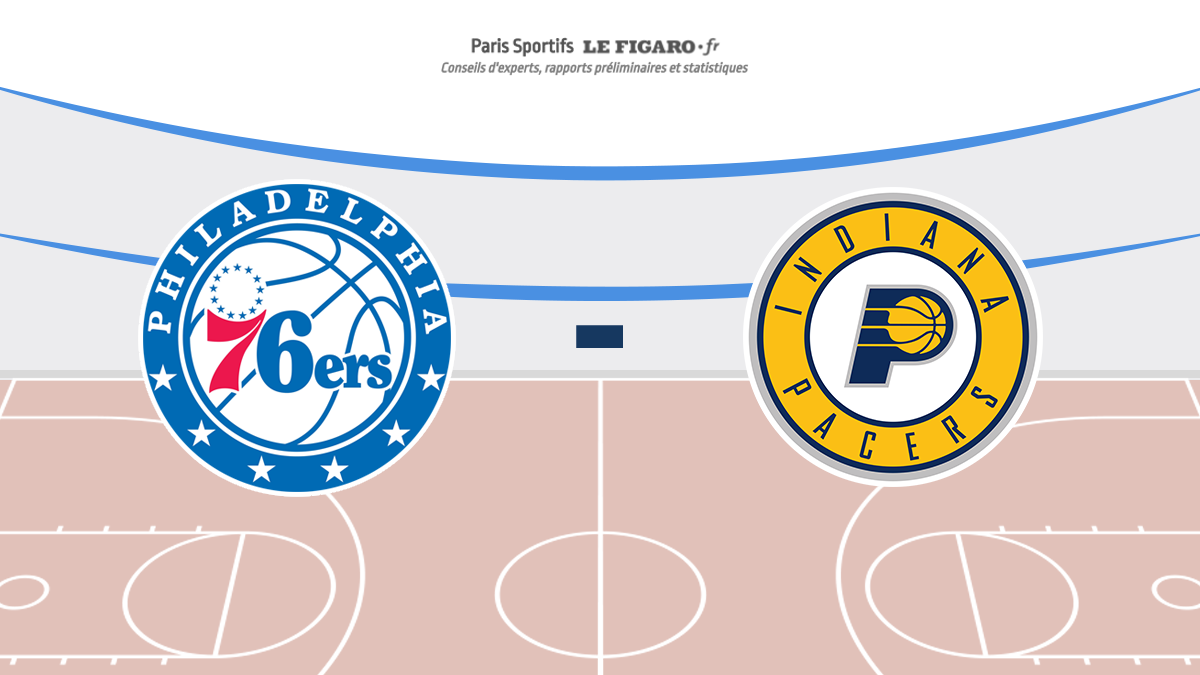 Meeting in the scent of play-off between Philadelphia and Indiana.

The Philadelphia Sixers host the Indiana Pacers for a game between two very serious play-off contenders NBA. The Sixers have already beaten the Pacers in October (120-106) thanks to a great James Harden author of 29 points, nine rebounds and 11 assists.

The good form of Harden this season is precisely one of the success factors of this team, today 5th in the Eastern Conference. It has been back in force for a little over a month, led by the Harden-Embiid duo.

The Pacers were less expected at this level, 6th in the conference, just behind the Sixers. But when you see the game they are able to offer, they deserve to be in the race for the top 6, synonymous with direct qualification in the play-off.

The odds of Sixers – Pacers with Bwin

With Bwin, the Sixers appear as favorites with odds at 1.25, while the Pacers have odds at 2.75. By registering on Bwin, you benefit from a €120 welcome bonus thanks to the bonus Bwin.

Bwin doubles your first freebet deposit up to €120!

We receive a commission from the bookmakers mentioned on the site. 18+ | Applicable terms and conditions

The Sixers have been slow to get going, but they’re not doing good moving to Philadelphia these days. Doc Rivers’ men have won 10 of their last 12 games and boast a stellar record of 15 wins and just five losses at home.

The reasons for this success have a name: James Harden and Joel Embiid. The pivot is the second best scorer per game this season with 33 points, not to mention 11 rebounds and four assists. As for the back, he has the highest number of assists per game (11).

This duo was again excellent against the New Orleans Pelicans in the last game, with 42 points and 11 rebounds for Embiid, and 27 points and eight assists for Harden. They will be the spearheads of their team tonight.

The Pacers don’t have much to envy the Sixers. Only two victories separate them in the standings, and they also have a good record over the last 10 meetings with seven successes. However, they are under pressure from Miami and New York, who are only one victory behind.

The Pacers can thank Tyrese Haliburton for their very strong results this season. The young point guard is the player who made the most assists this season (365), Harden simply did more per game, but was injured a good part of the exercise.

In the last game, Haliburton was again invaluable in assists (eight), but he was well helped on offense by Mathurin, Hield and Turner, who form a solid base in the heart of Indiana’s game.

The Sixers have been formidable for several weeks. Even if the Pacers are good too, Joel Embiid and his teammates will be much favored, being more physically dominant, and more experienced than the Pacers.

Last updated on 01/04/2023 at 9:54 a.m. The heights of dimensions are likely to vary.
We receive a commission from the bookmakers mentioned on the site. 18+ | Applicable terms and conditions

Last updated on 01/04/2023 at 9:54 a.m. The heights of dimensions are likely to vary.
We receive a commission from the bookmakers mentioned on the site. 18+ | Applicable terms and conditions

Find all our predictions as well as our odds comparators: