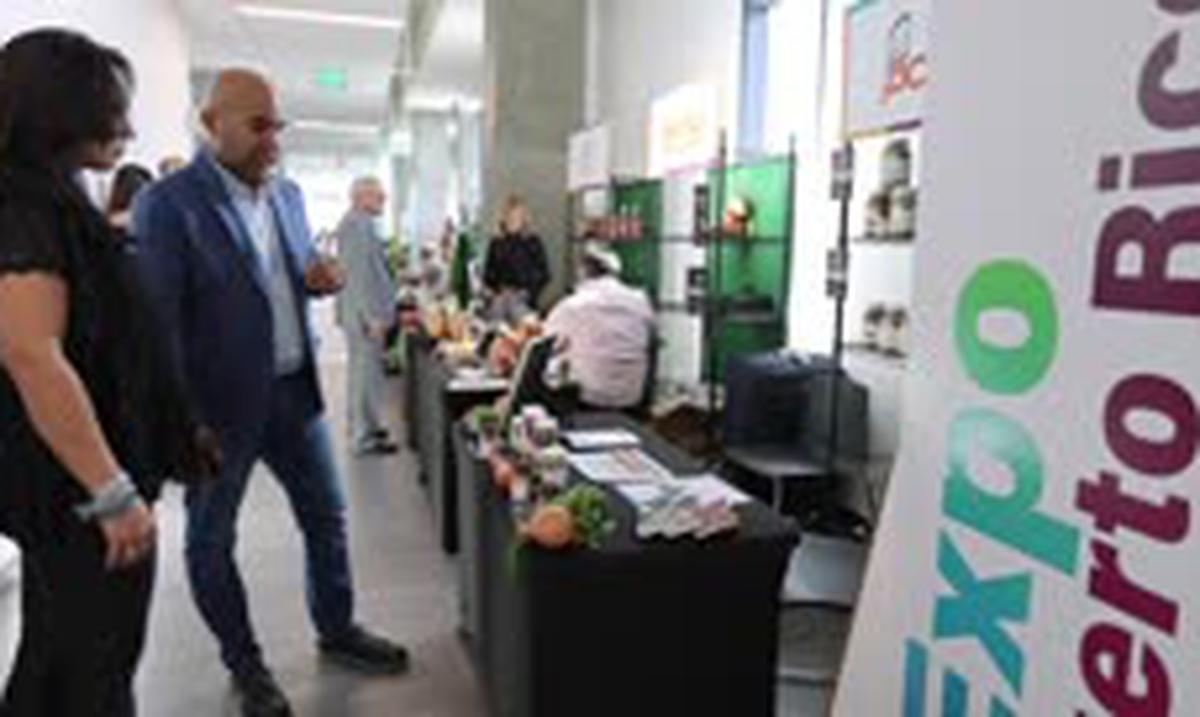 ORLANDO – The 1.1 million Puerto Ricans residing in Florida represent an unparalleled opportunity for 30 Puerto Rican companies seeking to reach the shelves of the main stores and supermarkets in this state.

The variety of products is wide and includes groceries, detergents, seeds and even rum, which were exhibited during Expo Puerto Rico, organized by the Department of Development and Economics and Commerce (DDEC) at the Walt Disney World Center for Culinary, in Valencia College.

Raúl Rosado, president of the Desde Mi Huerto company, which is dedicated to the production of over 80 varieties of seeds on its farm located in Isabela, seeks to export to meet the demand for its products outside the island.

A similar scenario is experienced by the company Cabo Rojo Steaks, which, given the good demand for its internet sales in Florida, wants to take its grass fed cuts of meat and its new line of pet food Sato Pet Food off the island.

“Since 2015, we have been delivering to all of Puerto Rico and the United States, which is why we have end customers,” explained Luisana Suárez, owner of the company, along with her husband, Pedro Valero. “Since Florida is such a broad market, we think customers may be interested.”

In the case of C&C Supply, the company’s goal is to export the cleaning products it has been making for 30 years in Toa Baja.

Carla Cáceres, the company’s director of operations, specified that, although in Puerto Rico they are only dedicated to institutional sales, they want to enter the retail market in Florida.

In his opinion, the products with the greatest potential are a car wash soap, which recently went on the market, and his floor cleaners.

“I understand that there is a lot of opportunity in Orlando, because I have visited many supermarkets and the fragrances are quite basic. Also, we are a family business and that gives us the opportunity to always be present and we can come to Florida so that people can connect with the brand”, considered Cáceres.

For her part, Marisol Villalobos Rivera, owner of the Puerto Rican company Amasar, dedicated to the creation of various ready-made products with corduroy as the main ingredient, revealed that she has already begun to have conversations with potential distributors in Florida.

“You have to knock on the door 25 times, so that in the end it opens,” he said. “We have already signed with the first broker, which covers the east coast of the United States, so we are going to focus on the New York and Florida coast.”

He asserted that the opportunity in both states is significant, since the profile of the buyer of his products abounds: a woman between 25 and 60 years old, educated, with a high income and concerned about the health of his family.

“We want to focus, concentrate and grow little by little,” he added.

Despite the optimism surrounding each of the event’s participants, the renowned Puerto Rican chef Enrique Luis Piñeiro, better known as chef Piñeiro, stressed that exporting to the United States is not an easy task, since it depends on different factors.

The businessman, who makes his own line of cooking products under the Chef Piñeiro brand, began bringing his products to Florida eight years ago with the distributor Titán Products of Puerto Rico.

Currently, it is present in small grocery stores and supermarket chains such as Walmart, among others.

“Many will think that it is only getting to Florida and how quickly they will achieve it, but it is a market with a lot of opportunity, with a great hunger for Puerto Rican products, but it is a market that must be studied carefully. It is a slow, but constant growth, ”he stressed.

For both the chef and José “Pepe” Álvarez, owner of San Juan Artisan Distillers, the key to being successful when it comes to exporting is having a good broker and distributor, as well as investing in marketing.

Like Piñeiro, Álvarez brought Tres Clavos and Pepón rums to Florida, made in Vega Alta, after reaching an agreement with Titán.

“For the distribution of liquor, you have to have the representative, distributor and seller. To get to the supermarket or store, you have to go through two or three hands first, so that increases costs. The other thing is that it is a very hard-fought and competitive business in the United States, it is very difficult to penetrate the market, but we have to be creative and ingenious and see how we can turn it around”, Álvarez pointed out.

Despite the challenges, the distillery has an aggressive export plan, with which it hopes to increase its production to 100,000 cases of rum per year.

“I see each state with the potential of the same thing that we sell in Puerto Rico,” he said.

During the inauguration of EXPO Puerto Rico, Governor Pedro Pierluisi said yesterday, Monday, that the commercial relationship between the island and Florida should be a “two-way road.”

On the one hand, he asked Puerto Rican businessmen based in Florida to invest in Puerto Rico, and on the other, he promised to support the export plans of Puerto Rican companies.

“Companies in Puerto Rico have to establish contractual relationships with renowned distributors. Effective distributors, because this (United States) market is huge. If you try to enter the market without good partners at the distribution chain level, entry will be difficult or will be limited,” said the president.