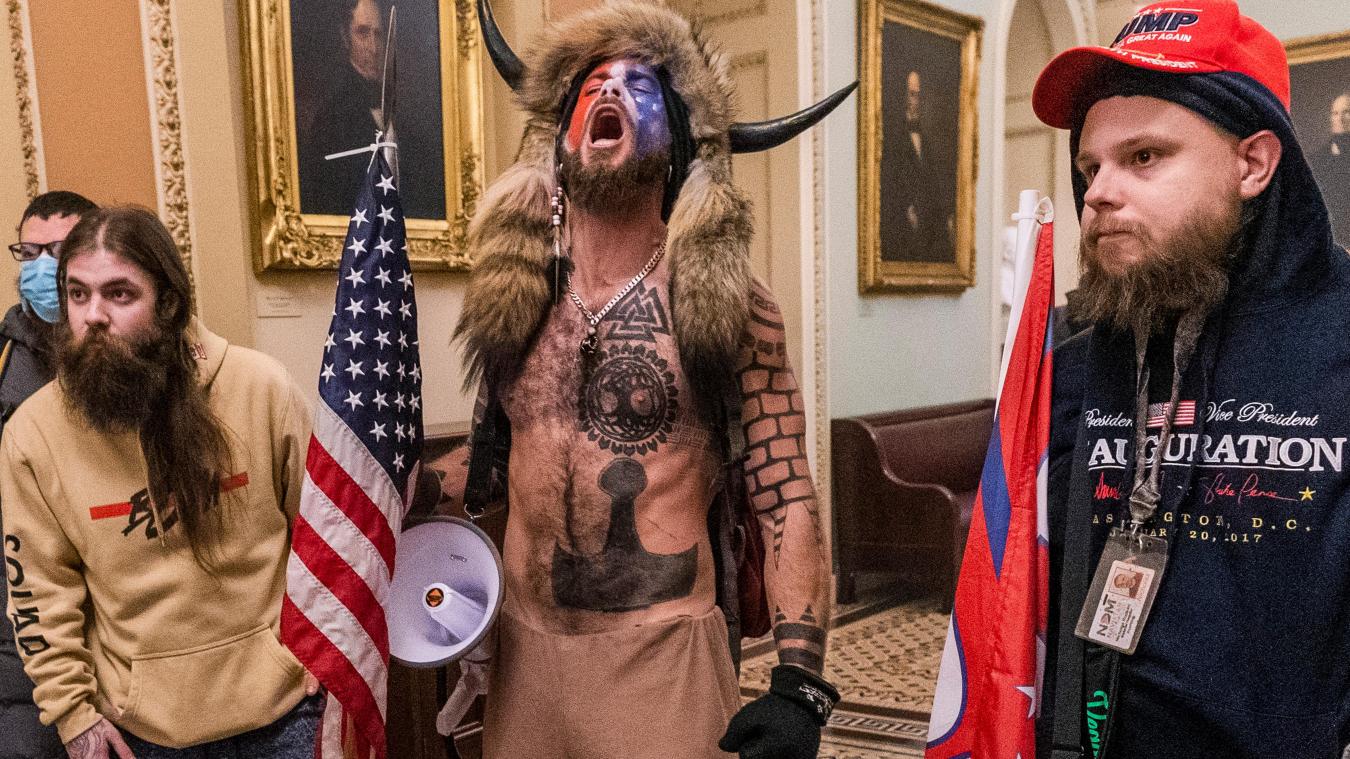 During the storming of the Capitol, one of the intruders caught the eye in particular: pictures of the man with the headdress made of fur and horns, the painted face, the bare torso and the spear with the US flag in hand went around the world. On Saturday, Jacob C. was arrested from Arizona, the Washington prosecutor said.

Prosecutors said the three men were being charged in federal court with illegally breaking into a specially secured building, as well as violent intrusion and improper behavior on the Capitol grounds. Adam J. (36) had to answer for the allegation of theft of government property. A popular photo shows a man carrying Pelosi’s desk and waving at the camera. Prosecutors said Derrick E., 35, showed a video of his intrusion into the Capitol live on his Facebook page.

Jacob C. (33), the so-called “QAnon shaman”, had bragged about the attack on parliament on NBC News. “The fact that a bunch of our traitors barricaded themselves in office, put on gas masks and withdrew to the underground bunker, I consider a victory,” he said. The documents published by the prosecutor show that C. himself called the FBI in Washington on Thursday and confirmed that he was the man with the horned headdress. C. stated that he had come with a group from Arizona because Trump had called all “patriots” to Washington for Wednesday.

The Justice Department had already reported the arrest of Richard B. from Arkansas on Friday. He is said to be the man who proudly had himself photographed in Pelosi’s armchair with one foot on the desk. In connection with Wednesday’s Capitol storm, allegations are pending in federal court against at least 14 other suspects. At least five people were killed in the attack on Parliament, including a police officer. Critics accuse Trump of fueling the mob at a rally shortly before the storming of the Capitol. (dpa)