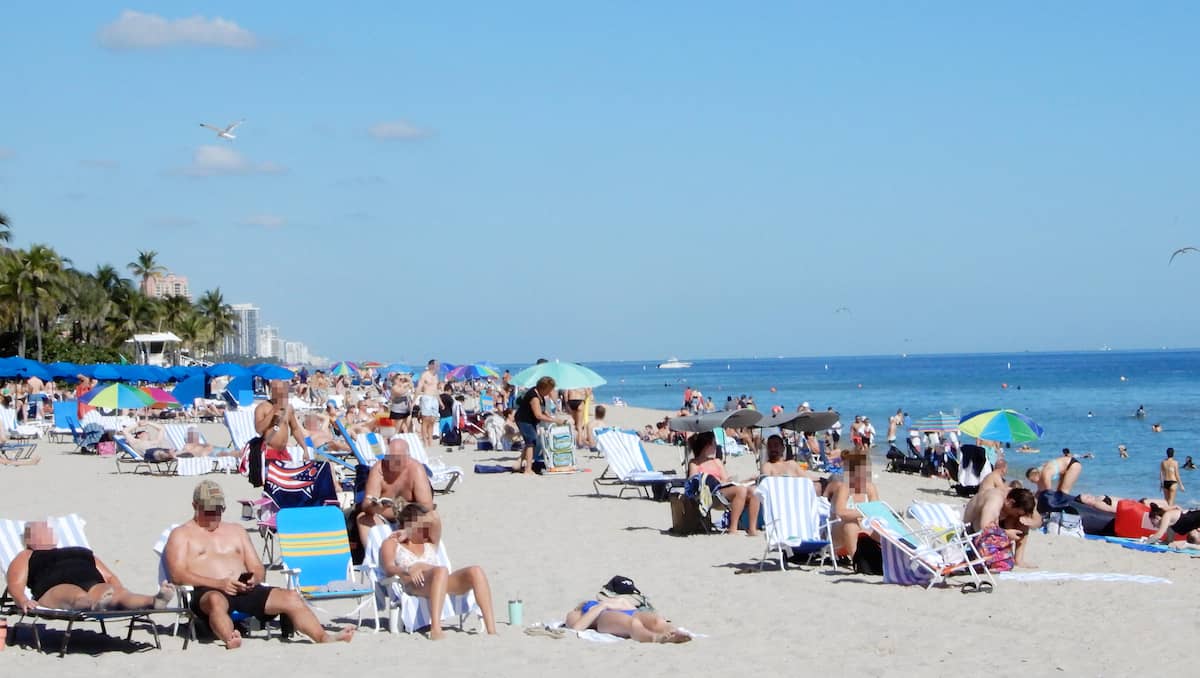 While Quebecers are once again struck by strict measures against COVID-19, life continues in Florida as if the pandemic did not exist.

Shops are crowded, masks are not compulsory, restaurants and private gatherings are unrestricted; in short, everything seems easier under the warm rays of the Florida sun.

We went on Boxing Day to one of the largest shopping malls in the Miami area, which was very crowded.

The center is called the Sawgrass Mills and has 400 stores specializing in discounts from manufacturers, the famous outlets.

By our estimate, at least a third of the people who shopped there did not wear a mask.

And it was not only people isolated in the crowd, but also entire families, from the largest to the smallest, who ignored the sanitary measure.

Photo taken yesterday in a shopping center on the North Shore of Montreal, where everyone was religiously wearing their mask.

In an interview, a Quebecer, whom we met yesterday, the day after our visit to the shopping center, explained that she had not appreciated her recent visit to the place.

“We did not stay there too long,” said Francine Lambert, after noting the absence of masks in some.

However, as in Quebec, the Omicron variant made a sensational entry into Florida.

Since mid-December, cases have skyrocketed, racking up daily records one after another.

The Floridians reacted anyway, since the screening centers were quickly overwhelmed in the last days.

The highest number of new cases was recorded on December 24 with 32,850 screenings. But, at the head of the state, the political powers have not budged. A fierce opponent of health measures, Governor Ron DeSantis has remained silent in the last few days in the face of the rise of the Omicron variant.

Last week, he said that for him, it would be “insanity” if we imposed confinement measures on his fellow citizens.

For the former journalist Jocelyne Cazin, the attitude of the inhabitants of the State is a little beyond comprehension.

“They have rose-colored glasses here. I think that’s how it should be explained, ”she explains in an interview.

Jocelyne Cazin never ceases to be surprised by what she sees every day among her neighbors in Florida.

“Faced with COVID-19, we are on two completely different planets,” said the former journalist, in an interview from her condo on the west coast of the state.

“In Quebec, she continues, it seems that it is total gloom. Here, it is the pleasure of living, it is the good weather. ”

The Americans she meets don’t seem to care about the pandemic.

“They have rose-colored glasses here. I think that’s how it should be explained. “

In the golf resort where she lives, attitudes toward COVID-19 are also politically charged.

” The residents [du complexe] are Republicans for the most part, ”she says, meaning they are influenced by Donald Trump and therefore unlikely to support measures against COVID-19.

Pictorially, Mme Cazin says they walk around with a rosary in one pocket and a pistol in the other.

On the other hand, they are not careless to the point of refusing the vaccination. “They are all vaccinated, but they don’t wear the mask,” she said.

Mme Cazin wears it. “When I go to a public place, there are times that I make myself look like an alien, because I wear the mask. ”

The attitude of the former journalist of the show J.E., who is now an author, has earned her a mishap.

Last week, she was banned from a restaurant for having the misfortune of twice asking waiters not wearing the mask if they had been vaccinated.

She was told by the manager of the restaurant that forcing the wearing of a mask was prohibited and was asked not to set foot there again.

In Quebec, history has made the rounds on social media. The province’s antivaccines were quick to respond.

“I received a shower of insults, and I didn’t find it funny. In Quebec, we can no longer debate politely and respectfully. ”

” We stay at home. We go to the grocery store, we place our order and we come back. We’re not going out. ”

Daniel Macoul, who lives in a mobile home park in Hallandale, explains that his pace of life in Florida resembles the one he would adopt in Quebec.

The only difference is that “here the weather is nice every day. We take our walks every morning, ”explains the retiree. Vaccinated three times, he is not afraid of COVID-19: “If we are careful, there is no problem. “

When she returned to Florida last fall for her winter trip, Pascale Nadeau was pleasantly surprised.

“Americans wore the mask a lot more than I thought,” said the woman on the terrace of her mobile home in Hallandale.

“Many of those I saw here who were not wearing the mask were Quebeckers,” she adds. Why ? Because they feel like they are on vacation. ”

She confides that last fall she also sometimes let go of the mask. But not anymore.

“With the Omicron variant, I wear it all the time,” she says. 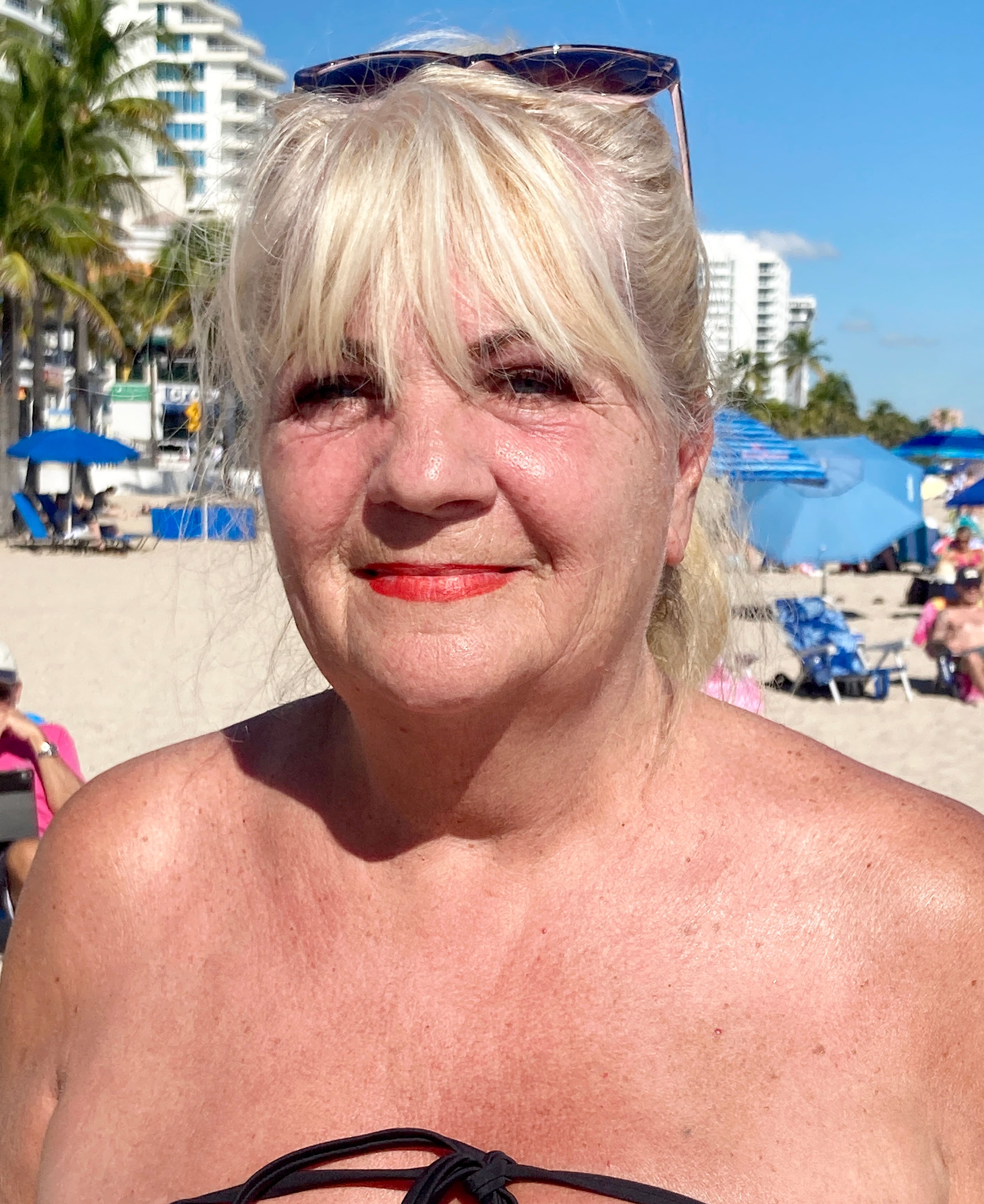 Francine Lambert goes to the beach regularly, but takes precautions.

“We choose our place to be well distanced”, confides the Quebecer, met at the beach of Fort Lauderdale.

But the woman, who owns a house in the area, says she rarely goes to restaurants and shopping centers.

Recently, she visited the Sawgrass Mills, where she quickly noticed the absence of masks in several people.

“We went and we didn’t stay there too long,” she said.

“Anyway, she continues, we are not here to shop, but to rest. ”

Prohibition on requiring the wearing of a mask in public places

Mandatory in all public places

Prohibited in the state

A panoply of new measures

No limit in shops and homes