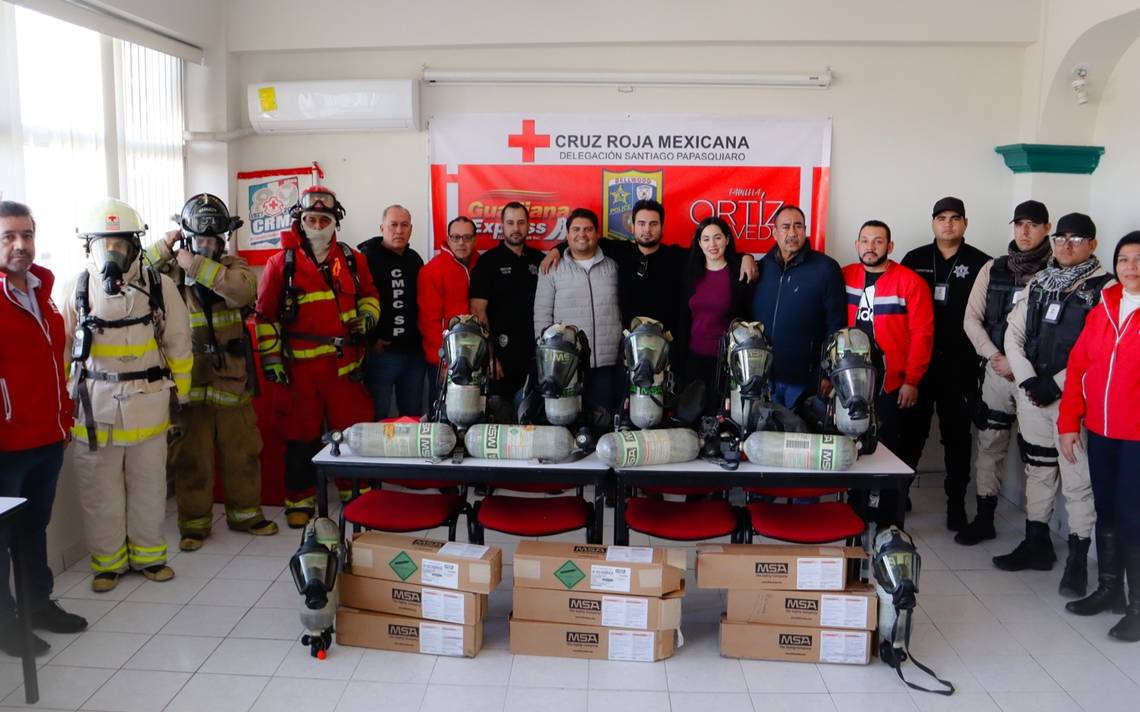 This was reported by Antonio Díaz Castro, president of the Council of the service institution, who received the equipment sent by André, in a ceremony in which Soledad Zamudio, Alejandro and Omar Ortiz Acevedo from Santiago, tireless managers who live in Illinois, were present. as well as Genaro García, commission agent for a transport company that sent the aforementioned equipment free of charge.

A total of nine pieces of equipment were received, but it was decided to donate three of them to the Civil Protection Unit of the neighboring municipality of Tepehuanes and thereby support them in their important work, said the informant, mentioning that the value of the equipment received ranges from the million pesos

The complete autonomous breathing equipment will be used in rescue operations, where its application is necessary and that come to represent the strengthening of the infrastructure of the Santiago Papasquiaro Red Cross.

At the donation reception ceremony, held at the CRSP facilities, another man from Santiago, Francisco Martínez, was also present, who donated two pairs of crutches.

They witnessed the delivery of the support Manuel Unzueta, director of Civil Protection of the municipality, representing the mayor César Rivas Nevárez; Marco Antonio Olaguez, director of Traffic and Roads in Santiago Papasquiaro, was also present.

In his message, Díaz Castro thanked the noble gesture of the mayor André F. Harvey as well as the managers, also handing over the appointment of volunteer lady of the Red Cross to Soledad Zamudio, a tireless manager, who will thank Harvey.