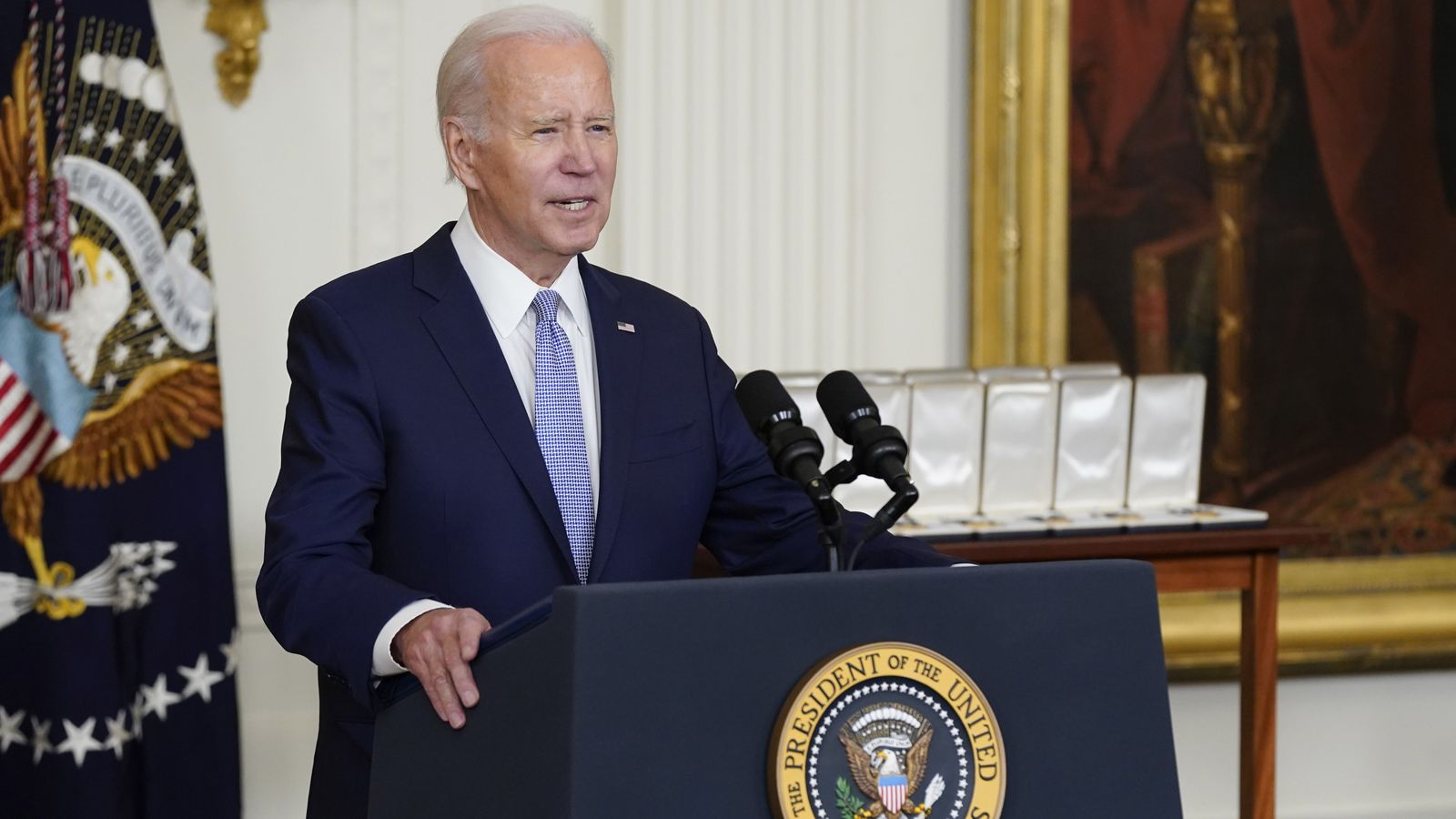 In last November’s midterm elections, prominent Trump-backed deniers of the 2020 election result were defeated and the predicted “red wave” of Republican election victories failed to materialize. Media commentators then proclaimed a “victory for democracy” and a “return to normalcy” in American politics. However, the events of Friday, the second anniversary of the January 6, 2021 coup attempt, unequivocally shattered all these illusions.

Previously, McCarthy’s appointment in the 14th ballot had failed because of Matt Gaetz from Florida, one of the most staunch supporters of the January 6 coup, who had nominated Trump as Speaker of the House the day before. Gaetz voted “present” and thus denied McCarthy the necessary votes, so that another ballot was necessary.

Only after feverish negotiations behind the scenes with the fascist Gaetz was McCarthy elected after midnight in the 15th vote. The last time so many votes were needed to elect the Speaker of the House of Representatives was before the Civil War.

Ahead of the vote, McCarthy, himself a hand in Trump’s failed coup, had made a series of concessions that will vastly strengthen the grip of the fascist right on the work of Congress and fuel brutal attacks on the social conditions and democratic rights of the working class.

McCarthy’s opponents included the key players in the conspiracy whose goal was to overturn the 2020 presidential election and establish a presidential dictatorship under Trump: Andy Biggs and Paul Gosar (Arizona), Matt Gaetz (Florida), Lauren Boebert (Colorado), Scott Perry, Pennsylvania; and Bob Good, Virginia. They will now have power in the House of Representatives out of proportion to their numbers or popular support.

CNN published a list of concessions and promises McCarthy made in the secret negotiations, including:

While these procedural changes are far-reaching in themselves, they are also reportedly tied to agreements for significant cuts in budget spending and federal taxes, amounting to an abolition of all social reforms since the 1930s, ie social counter-revolution.

For a mass movement of young people and students against the war in Ukraine!

McCarthy has agreed to hold polls on the following issues:

He has also pledged to reintroduce the Holman Rule. This allows lawmakers to introduce amendments to appropriation bills that cut the salaries of certain federal employees or the funding of certain programs to a dollar, effectively depriving them of funding.

In addition, he has agreed to oppose an increase in the debt ceiling unless it is coupled with sweeping spending cuts.

CNBC wrote: “Republican holdouts in the House of Representatives who, after weeks of defiance against party leader Kevin McCarthy, voted in favor of his election as House Speaker point to what they say is a historic deal with the California Republican. It will fulfill their long-cherished goal of radically reducing federal government spending.”

This escalation of class warfare against the vast majority of the American people is made possible by the fact that the Biden administration and Democrats are unopposed. Republicans and Trump, who publicly supports McCarthy, can escalate their assault on social and democratic rights because Democrats refuse to rule the Trump administration, Congress, the military, the FBI, the police, and the Supreme Court, prosecuted or arrested for those involved in attempts to overturn the constitution. On the contrary, they are allowed to continue the conspiracy.

One of the Republican fascist demands that McCarthy is said to have accepted is the creation of a subcommittee to look at “arming the federal government.” He is said to report to the House Judiciary Committee and its chairman, far-right provocateur Jim Jordan. Presumably they will use it to pardon hundreds of fascist foot soldiers arrested for storming the Capitol and to shield Trump himself from potential indictment.

The Democrats are doing everything in their power to hide from the public the devastating effects of the machinations in the House of Representatives. They either portray the chaos as a joke or use it to reinforce their appeals for a bipartisan “partnership” with which to govern.

On Friday, as voting and backroom negotiations continued, Biden held a ceremony at the White House to mark the second anniversary of the coup attempt. He made no mention of the recent reactionary plot being hatched against the American people in the Capitol, nor of the role played by influential sections of the police, military, intelligence agencies and Supreme Court in the attempted coup two years earlier.

Biden didn’t even mention Trump’s name. Instead, he used the occasion to portray the police as the saviors of democracy and to highlight the role of “patriotic” Republican politicians who had defied Trump’s calls to overturn the election results.

Biden awarded the Presidential Citizens Medal to nine law enforcement officers caught up in the fascist assault on Congress. Three officers who were killed received them posthumously; another four went to Electoral Commission officials who, despite right-wing harassment and even armed threats, counted the votes and confirmed the election – three Democrats and one Republican. Another was given to Republican former Speaker of the Arizona House of Representatives Rusty Bowers, who had refused to ignore Biden’s Arizona majority vote and install electoral colleges who would vote for Trump.

He did not mention that the FBI, Secret Service and Department of Homeland Security had not issued any warnings, despite countless indications of an impending attack aimed at preventing Biden’s victory from being confirmed in Congress. Nor did he mention Capitol Police Chief Steven Sund’s desperate and unanswered pleas for National Guard troops to be sent to stop the attack on the Capitol. It also failed to mention the fact that Trump’s personally selected Pentagon officials took 199 minutes to respond to requests from the commander of the Washington DC National Guard for permission to mobilize troops and drive out the insurgents. The same goes for the fact that 139 Republicans in the House of Representatives, including McCarthy and his opponents, ie a full 65 percent of the Republican faction, just hours after voted against confirming the election after the mob was driven out of the Capitol.

Instead, at the beginning of his speech, Biden pointed to the damage that the violent events of two years ago did to US geopolitical interests. He cited statements by leaders at a subsequent G7 summit questioning the stability of the US government. It is precisely this – US imperialist foreign policy – ​​that has been, and continues to be, the basis of the Democrats’ opposition to Trump from the start.

The Democrats’ greatest concern is the desire to maintain a working relationship with Republicans to conduct the escalating war against Russia in Ukraine and prepare for a military confrontation with China. The Democrats’ attitude toward the democratic rights of the masses of American workers was demonstrated when they joined the Republicans last month to pass legislation banning the strike of more than 100,000 railroad workers and forcing a sell-off they had previously opposed. This fascist measure was only possible with the support of the railway unions.

The unscrupulousness of US foreign policy is not solely due to the geopolitical interests of American imperialism. A key factor is also the extreme domestic political crisis in the United States itself. Despite its dreams of world power, the American ruling class governs with an increasingly dysfunctional political system. Already during the crises surrounding the Clinton impeachment trial in 1998-1999 and with the intervention of the Supreme Court in 2000, which prevented a vote count and awarded the presidency to George W. Bush, the International Committee warned that the American ruling Class moves towards dictatorial forms of rule…

Today, the pressures of the objective crisis are driving the ruling elite to abandon democratic forms of rule and launch a pre-emptive strike against the nascent working-class movement.

The defense of the social and democratic rights of the working masses requires the expansion of this movement and its development into an independent political struggle for socialism and against American capitalism and its two parties.