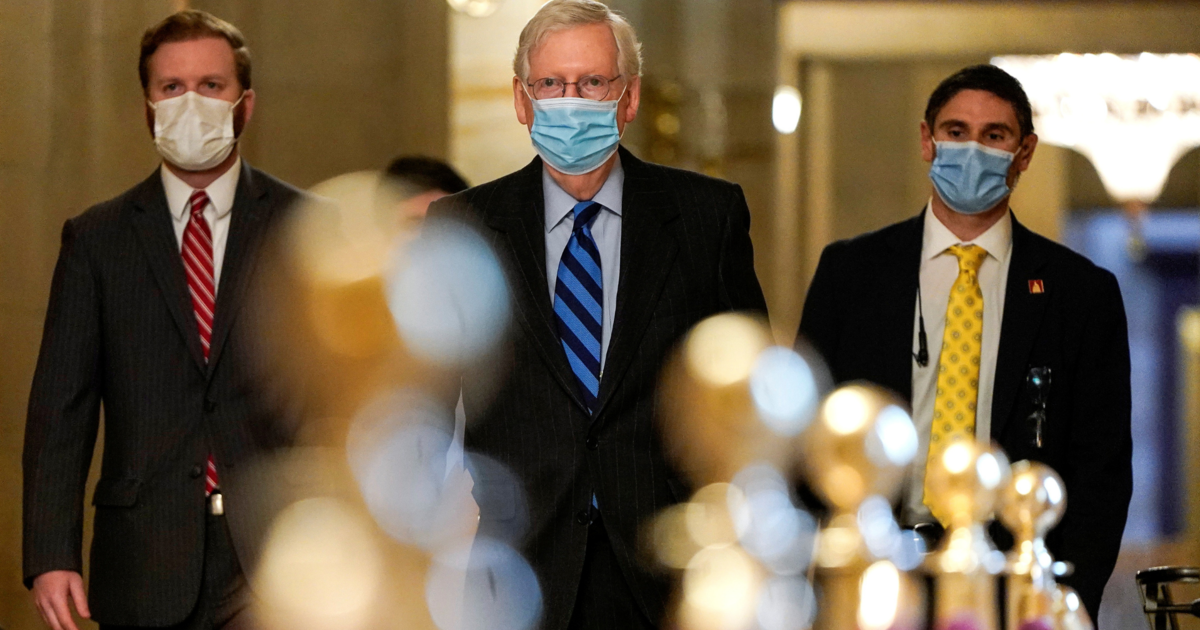 The division between some Republicans and the president, Donald Trump, in his final days in the White House is increasingly evident.

In addition to the fact that Republicans in the Senate voted this Friday in favor of overriding the president’s veto of an important Defense bill, they rejected his demand for increase aid checks from $ 600 to $ 2,000 for COVID-19 approved by Congress.

Democrats in the Senate last tried to increase this direct aid, which the House of Representatives approved a few days ago. But Republicans blocked the vote, arguing for “a more specific approach.”

The rejection of one of Trump’s top priorities before leaving the White House shows a unusual confrontation between the president and members of your party.

Senate Democratic Leader Chuck Schumer he tried, as he has done all week, to push forward the proposal to increase payments by unanimous consent.

“This is the last opportunitySchumer said. New York Democratic Senator Hakeem Jeffries said “the only thing standing in the way” is Senate Majority Leader Mitch McConnell, Republican, as well as other members of his party.

“We are going to keep fighting for a direct paycheck of $ 2,000,” Jeffries added.

Republican Senator from South Dakota John Thune He opposed. He stood up during the session and said that the proposal “is not an effective way” to meet the needs of Americans.

Shortly after Thune objected, Trump tuiteó that Republican South Dakota Gov. Kristi Noem should run against Thune in the primaries.

While the president made his anger evident on Twitter, the Republican senator from Alaska Lisa Murkowski told reporters on Capitol Hill that he found it “very discouraging right now, on New Year’s Day, that the president was working to face the republicans“.

Republican Senator from Missouri Josh Hawley, who has promised to lead Trump’s challenge to challenge Joe Biden’s certification of the presidential victory, next Wednesday, was one of the senators who supported the increase in aid due to the pandemic.

Hawley agreed with the independent senator for Vermont Bernie Sanders, which called for a vote on Friday.

“Bring the bill to the floor (of the Senate),” Sanders said. Hawley agreed. “This seems to be the Senate against the United States of America“, he assured.

McConnel dismissed the proposal, as passed by the House of Representatives, and called it “socialism for rich people” you don’t need federal aid.

The Republican leader proposed his own bill, laden with other Trump priorities to curb big tech companies and investigate the 2020 presidential election. But it was not a serious effort, and he did not push him to vote.

For now, the checks for $ 600 have already been sent home. People earning up to $ 75,000 qualify for full payments, which are phased out at higher income levels, and there is an additional payment of $ 600 for each dependent child.

See Also:  From the networks to Qatar: the influencers who are viral talking about football and dream of going to the World Cup - Ovation - 07/11/2022

With information from AP and NBC News.