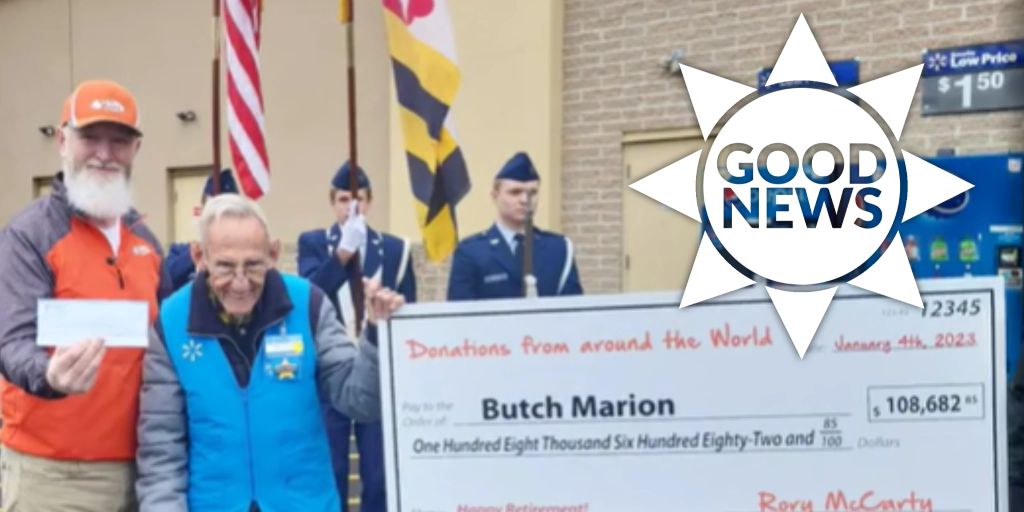 Warren Marion was still working at Walmart at 82. Now the Navy veteran is finally retiring thanks to a GoFundMe campaign.

Warren Marion, Navy-Veteranhad his last week last shift at Waltmart in Cumberland, Maryland. Despite his advanced age, the 82-year-old still worked eight to nine hours a day. He was greeted with cheers, balloons and a check for 108,000 on his last day of work Dollar welcomes. That writes “Goodnewsnetwork”.

He can thank Rory McCarty, owner of a pest control company. He had seen Marion working at Walmart and wanted to help him retire. For this he posted a TikTok video with Marion and started a fundraising campaign on GoFundMe.

McCartys 300’000 TikTok-Subscribers shared the video many times and followed the call. With this money, the Navy veteran should then be able to give up his job at Walmart and retire.

The GoFundMe campaign was very successful with 108,000 submissions Dollar together. “I wanted to help this Navy veteran travel the rest of his life to see his kids in Florida. Get him off his feet for eight hours straight. And to do the things that he would like to do but may not be able to do for financial reasons.”

That’s what Rory McCarty said about his motivations for the Donate-Action. He is happy to be able to use his influence on social media for a good cause.