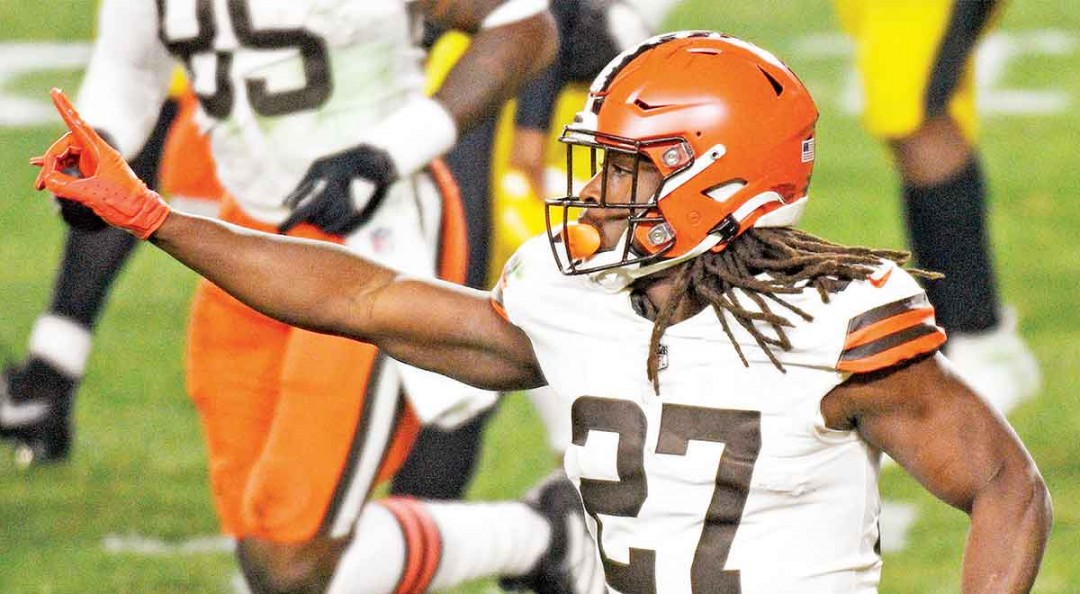 Kareem Hunt will face this Sunday the team that opened the doors of the NFL for him … and the one that also closed them.

Today the Cafés runner came to professional sports from the University of Toledo; It was round three of the 2017 draft, 86th overall, when the Chiefs took it.

He wasn’t expected to be an immediate impact rookie, but he was; Head coach Andy Reid did not see it as a fundamental part of his offense, because that was Spencer Ware, however, the starting running back was injured during the preseason and the Chiefs opted for the young man who had just turned 22 years old.

His foray could not have been better: In the game that opened the season against the Pats, he ran for 148 yards and received passes for 98: 246 in total, a record for a rookie. From there he headed for a dream season: 1,327 yards rushing to be the leading rusher, with eight touchdowns and three more in receptions.

The Chiefs were eliminated in the wild-card game by Tennessee and Reid decided to bet for 2018 on Patrick Mahomes, in his second year, instead of Alex Smith. The young quarterback was on his way to being MVP of the season and, at one point, that attack was thought to have the best passer and the best running back in the NFL. After 11 games, Hunt had 824 yards and seven TDs, packed to improve on his numbers from the previous year. Kansas City, with a devastating pace, seemed to be heading to Super Bowl LIII.

Then a video unveiled by TMZ came to light on November 30, 2018; it featured Hunt hitting and kicking a woman, recorded in February of that year. That same day, the NFL left him inactive on commissioner Roger Goodell’s list of special cases. In the afternoon, the Chiefs announced that they were cutting ties with their broker. Clark Hunt, owner and CEO of the team, noted that he had lost all confidence in the player.

The video had no legal consequences for Hunt: no charges were ever brought against him. The Chiefs, meanwhile, reached the AFC Final (in which their running attack barely managed 41 yards) and lost to the Patriots in overtime.

In February 2019, the Cafes decided to give Hunt another chance; shortly after, the NFL imposed an eight-game suspension for violating the conduct policy. He made his debut for Cleveland in Week 10 and just last September signed a two-year, $ 13.2 million extension.

Nick Chubb is the starter for the Browns, but Hunt hasn’t posted bad numbers in 24 regular-season games: 1,020 yards and eight TDs (another six on receptions), but he’s still far from being that explosive running back he was with the Chiefs. current SB LIV monarchs, whom he faces on Sunday for the first time in his career, in pursuit of a ticket to the AFC final.

The EU will ask travelers for proof of covid-19

They set an alert in Washington

Copyright law strictly prohibits copying all or part of Excelsior’s materials without having previously obtained written permission and without including the link to the original text.