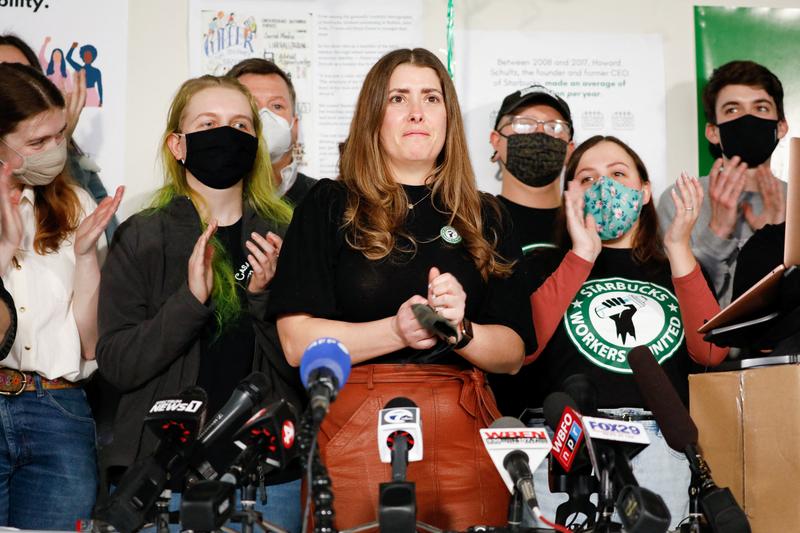 (Delete the duplicated part and resend.)

[Buffalo, NY, 9th Reuters]–An employee vote was held at three stores in Buffalo, New York, a major US coffee chain, Starbucks, asking whether to form a labor union, and the Elmwood Avenue store joined the union 19 Approved with a majority of 8 in favor. This is expected to set up a union for the company for the first time in the United States. Employees at the store will join Workers United, a service employee of the US Service Employees International Union (SEIU).

The number of employees at the camp road store was 12 in opposition, exceeding 8 in favor, and refused to join the union. The voting results for the other store have not yet been finalized.

The total number of employees who voted this time was more than 100, which was only a small part of the approximately 220,000 people working at Starbucks US stores. Even though it is the only store, the opening of the road to joining the union may lead to a move to follow the 8,000 directly managed stores in the United States. Already, three other stores in the Buffalo region and one in Arizona have petitioned the government’s independent agency, the National Labor Relations Commission (NLRB), to join the union.

Rossann Williams, president of Starbucks North America, said in a letter to employees after the vote that he would continue to listen to employees, explaining that the results are tentative and that relationships with partners will not change immediately.

With labor shortages already intensifying in the United States and wage increases spreading in most major retailers and the food and beverage chain industry, many companies are watching the trend of employees forming new unions to further strengthen their voice. is doing.

Under these circumstances, Starbucks voting was drawing attention. Analysts point out that the results could help other companies build unions.

“The number of employees (to join the union) is small, but the results have symbolic implications,” said John Logan, a professor of labor issues at San Francisco State University.