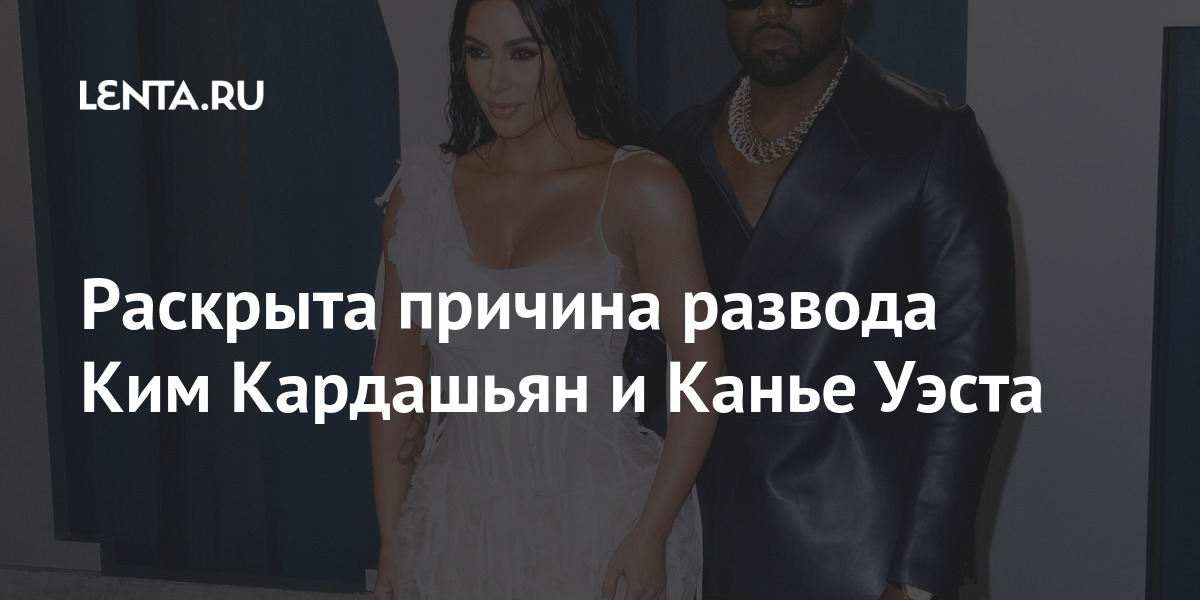 Entrepreneur and TV star Kim Kardashian made the final decision to divorce hip-hop artist Kanye West after his presidential campaign, which became for her “the last straw.” The reason for their separation was revealed to the New York Post by a source.

Depp’s dirty underwear, naked Russians from Lindemann and Cord in politics: the main scandals of 2020

According to the interlocutor of the publication, it was Kardashian who initiated the divorce. She allegedly “was forced to break this marriage for the sake of children and her own reason.” Prior to the presidential campaign, the rapper’s wife made repeated attempts to keep their relationship alive.

Another source drew attention to the fact that Kardashian did not publicly support her husband’s decision to participate in the US presidential elections in 2020. “Her silence says a lot,” he assured.

On January 6, it became known that Kardashian and West are on the verge of divorce. The TV presenter allegedly hired a lawyer, Laura Wasser, known for the divorce proceedings of celebrities. At the same time, the couple celebrated Christmas together and exchanged expensive gifts.

In July 2020, West announced his candidacy for the US presidential election. The artist promised to return “fear and love of God” to schools and turn the White House into Wakanda from the movie “Black Panther”. In November, the rapper conceded an election defeat, promising to try again in 2024.