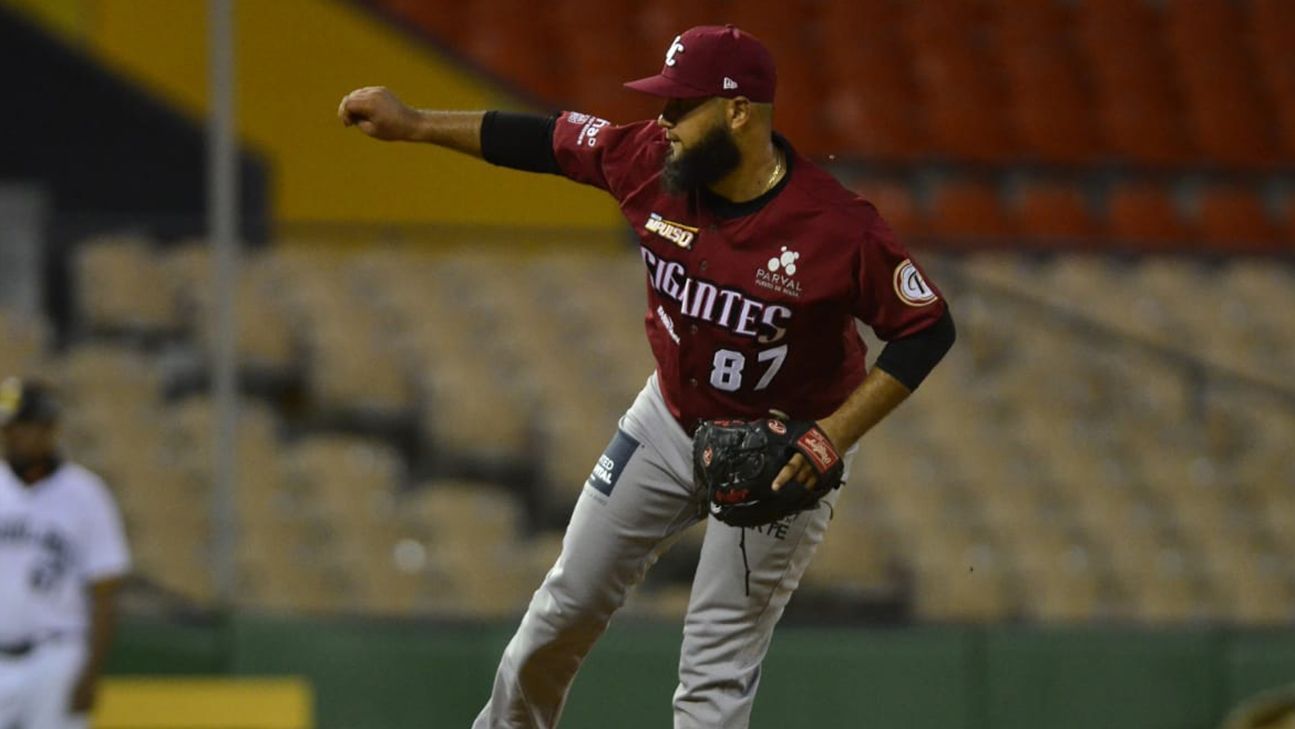 The Giants of the Cibao They have announced the first three pitchers that they will be opening the Semifinal Series games against the Eastern Stars.

The right pitcher Richelson Pena will be in charge of starting the first game against the Orientales, this Saturday at the Julian Javier Stadium.

He struck out fourteen opponents, had no decision, and his ERA and WHIP were 2.35 and 1.17 respectively.

In the case of Ellis, will be the starter of the second game, after accumulating work of 23 innings in the Regular Series with 19 hits allowed and 24 strikeouts. His ERA was 2.35 and he had a 1-0 record.

The Birmingham native is in his second full season with the Giants and has a 1.33 overall ERA.

By your side Cesar Valdez, who was selected with the first pick of the Reentry Draft, he will have the task of opening in the third match of the series. Valdez only threw out a blank entry throughout the season for problems related to Covid-19.

See Also:  Dad stabbed outside elementary school after trying to stop gang from harassing people on the street

In the Semifinal Series of the season with the Tigres del Licey, he saw action in four games, recording a record of three wins without losses with an excellent 1.48 ERA and 24 strikeouts in 24 1/3 innings.

The Giants didn’t announce a fourth pitcher for the compulsory match number 4 of the series, which is scheduled for the best of 7 matches versus the Eastern Stars, who have just won the play-in against Leones del Escogido, in a sweep of two matches. The All-Star starter will be left-hander Andy Otero.

The Semifinal Series kicks off this Saturday January 2 at the Julián Javier Stadium in San Francisco de Macorís at five in the afternoon.