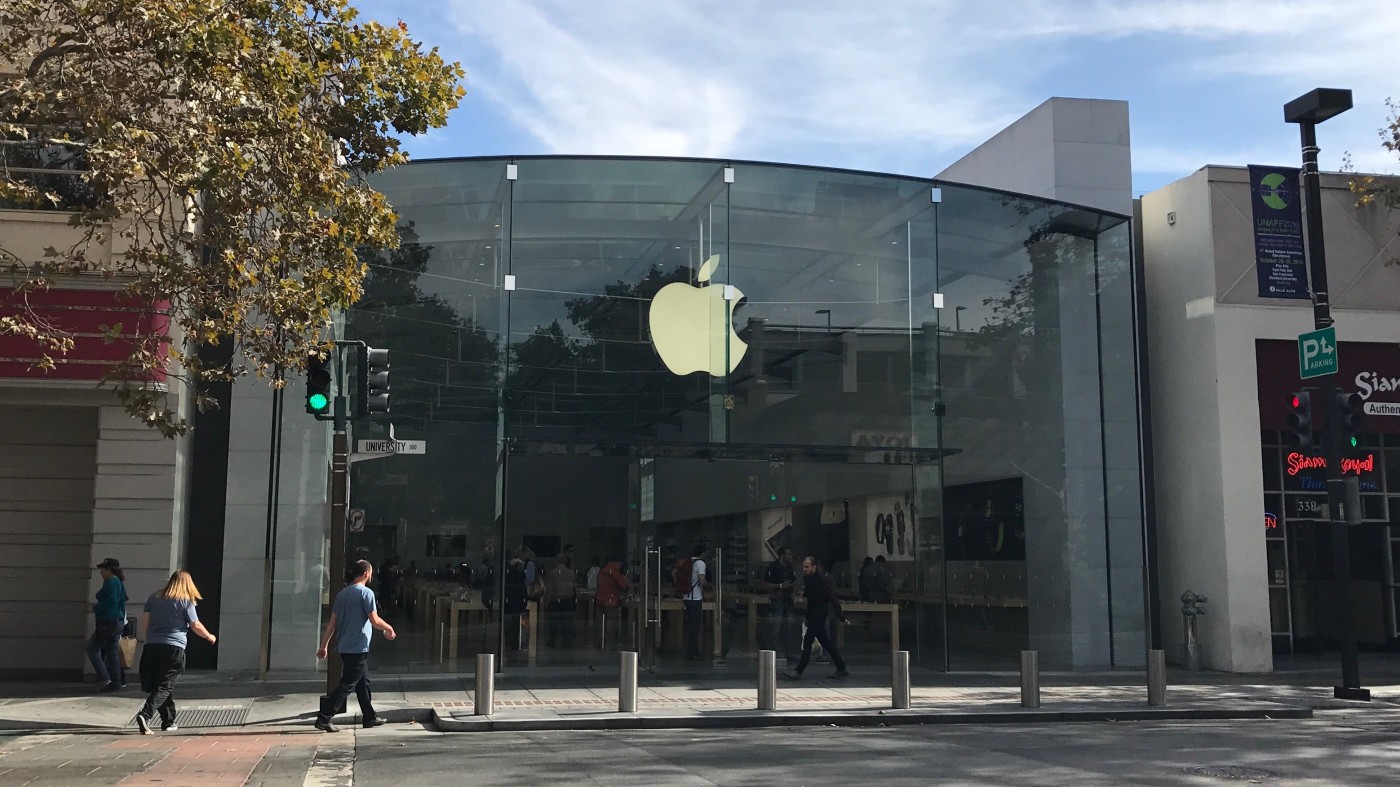 Apple products are expensive, whether iPhones, iPads or even Macs, it usually takes more than 1000€ to get the best configuration. Unsurprisingly, this creates greed and incites organized gangs to rob the stores of the Californian giant. In general, this takes place during closing time or at night, thefts in the middle of the day are very rare!

A robbery that made the buzz on social networks

The incident took place at the Apple Store in Palo Alto, California, two men wearing hoods and masks took the initiative to want iPhones and Macs that were on display for customers to test.
The video shocked social networks, because the criminals act in broad daylight during Black Friday, in other words in a period of forte affluence.

What is quite special in this robbery is that the two men take their time dealing with customers surprised by the situation and the sellers who follow the instructions of do not intervene in this kind of situation.

As you can see in the video at the end of the article, the thieves do not speak and have no weapons on them, which is enough unusual in such action. In general, they try to intimidate the people who are present around or even to rush a little to get out of the shop as quickly as possible!

In total, the two men succeeded in stealing 35 000 dollars of Apple products, of course, they were deactivated as soon as they left the Apple Store, but the robbers will be able to resell the parts and make tens of thousands of dollars.

No arrests have been made, and we have no suspicious information other than the two suspects were black males in their late teens or early twenties. One wore a blue hoodie with black pants; the other wore a gray hoodie with blue jeans.

As reported by Apple Store employees and customers, the two men fled in a red Madza 3 and were spotted fleeing down the 101 freeway.
Lots of people on social media got upset about customer attitude. The store was full of people, if everyone had mobilized, it would have been possible to stop this large-scale theft, the twittos regret this “TikTok” generation where people prefer to take videos rather than intervene.

The Apple Store in Palo Alto just experienced its second robbery, 6 years ago, a ram car had dark in the store window in the middle of the night to steal as many products as possible.

Society is so broken in California that employees are basically trained to help assist tens of thousands of dollars of merchandise being stolen right in front of them (notice them holding customers back) as everyone else just stands around and watches.

How did we get here? pic.twitter.com/DBbWQJV3sk