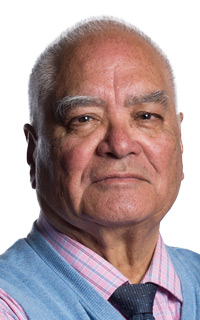 War not only presents the sinister face of death, pain, sadness, social, psychological, economic changes… it shows the human as he is, cruel, arbitrary, hypocritical, arrogant. Do not try, kind reader, to give the following a moral, ethical, philosophical approach (the war is not justified and must end as soon as possible): Russia’s military action begins just at the moment when Ukraine abandons neutrality and tries to join NATO, which means the installation of military bases on its territory. Ukraine is a sensitive military strategic point, Napoleon passed through there to set fire to Moscow.

Ukraine closes a strategic belt that borders China and Russia from Alaska, South Korea, Japan, Vietnam, Afghanistan… Turkey. With war or times of war, which occur in cycles, the vision of human society is transformed. It is an obvious truth that the West and the Eastern part of Europe have been, for centuries, like fire and water. The cruel King Cyrus, as now, found the truth and the reasons of justice on his side and with recalcitrant criteria, injustice and lies, on his adversaries.

Nothing new under the Sun. The influence in sport makes the Cold War grow exponentially. Russian athletes are no longer only prevented from competing without anthems, flags and symbols, but the door is openly, brazenly and cynically closed to them. The New York Times and La Gazzetta dello Sport said last week that Wimbledon organizers will not allow Russian or Belarusian tennis players to attend. Daniil Medvédev, second in world ranking, and others remain without the opportunity to compete as an individual.

Basketball player Jonas Jerebko, 35, signed a contract with CSKA Moscow a couple of weeks ago and has been expelled from the Swedish national team by his Federation. The Serbian Novak Djokovic is one of the few who courageously swims against the current, he said: “I am a child of war. I know the traumas that he leaves and what the town suffers. I am not able to support the Wimbledon decision, Russian athletes have nothing to do with the war.”

What is witnessed is that the Anglo-Saxon, Western, European world has two measuring sticks. Aberrational behavior, as happened when athletes without ever having tested positive for doping were prevented from being punished and prevented from competing in the Rio de Janeiro Olympics, as the Olympic champion Yelena Isinbáyeva and others were sanctioned. There is a Russophobic atmosphere in this witch hunt. The natural question is why were US athletes not punished in the same way – not that it is desired or proposed – when the invasion of Vietnam, Afghanistan, Iraq occurred? History, without past, is not history. The past is present! Episode more than obvious, crude and real: the so-called good ones are worse than those stigmatized as bad.